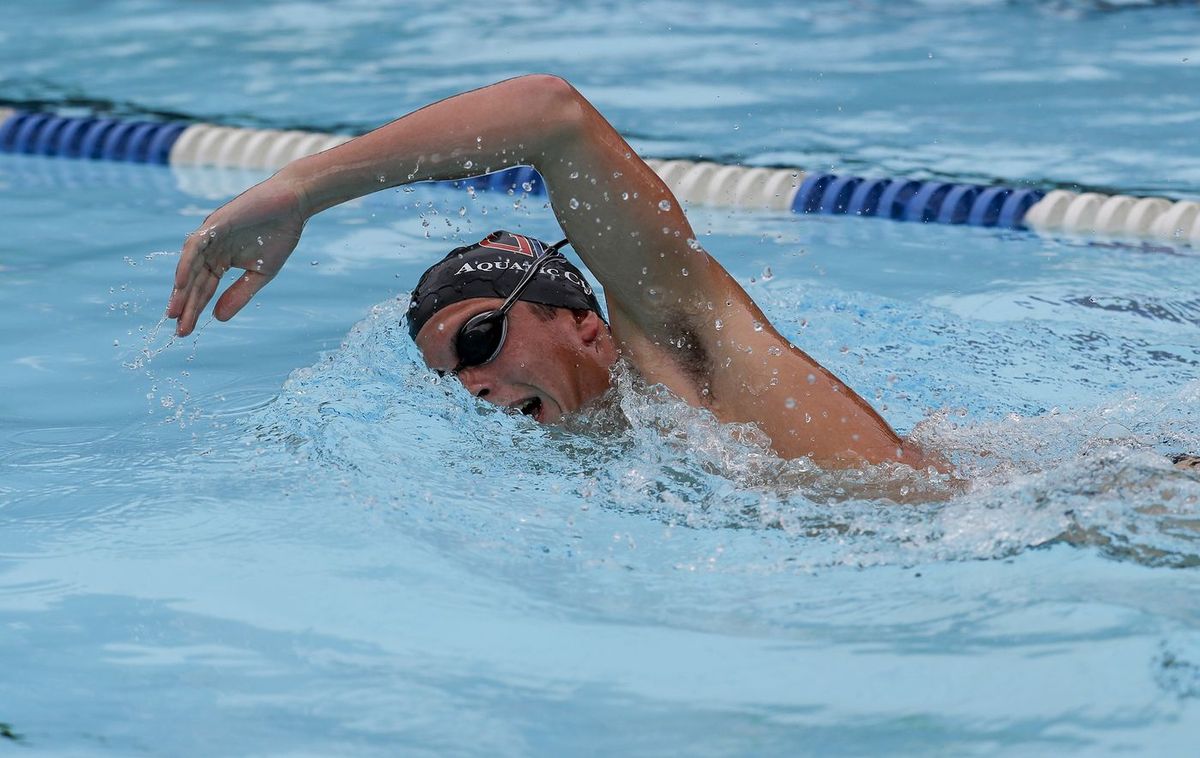 The following story was written by Mike Owens and appeared on Philly.com on Sept. 24, 2018

Kohm recently earned an invitation to participate at USA Swimming's national select camp for his speedy time of 3 minutes, 56.28 seconds in the 400-meter freestyle. The camp will take place at the Olympic Training Center in Colorado Springs, Colo., from Oct. 25-28, 2018. He's one of 48 boys from across the country to have been selected to attend this camp. The swimmers selected are the fastest three boys, ages 15-16, in each event (qualifying period: Sept. 1, 2017 through Aug. 31, 2018). The boys' and girls' camps are held separately.

Jeff Thompson, head coach of both the Germantown Academy and Germantown Academy Aquatic Club swim teams, said it's an "enormous accomplishment" for Kohm and the team. The camp is unique in that it allows each swimmer to bring a coach along. With Thompson having already been there before during his coaching days in Indiana, Patrick Kennedy (Assistant Age Group Coach Lead Coach, Exploration) will accompany Kohm.

Kohm will attend the camp as a member of GAAC, a year-round swimming and diving program for student-athletes of all ages. Emma Atkinson was selected last year for her dominance in the 200-meter backstroke. Karlee Carminati (1,500 freestyle) was one of the 48 original girls invited in 2016, but was unable to attend due to academic commitments.

The star sophomore made it his goal to be picked for the camp after hearing Atkinson rave about her experience. During the camp, swimmers learn about post race recovery, drug and supplement rules, psychological training skills, nutrition, race strategy and more.

"It's such a big deal for me that I qualified for this camp," Kohm said. "I worked really hard for this. I'm hoping to absorb every bit of information so I can become a better swimmer and person."

Thompson has been impressed with Kohm since joining Germantown Academy, a PreK-12 school in Fort Washington, in the fall of 2014.

It was very obvious to me right away that he was a student of the sport even at the age of 11 years old," said Thompson. "Just incredibly coachable and had all the right things that it took to enjoy success like he's enjoying now."

Before coming to GA, Thompson spent 17 years as a USA Swimming coach for the Terre Haute Torpedoes in Indiana and 15 years as the head coach of the Terre Haute South Vigo High School boys' and girls' swim teams. He earned his Master of Science degree in coaching from Indiana State University and a bachelor's degree in math education from the same school. Thompson, who swam competitively at the University of Illinois, also earned a bachelor's degree from the school in civil engineering. Thompson is also a middle school math teach at GA.

"Germantown Academy is a great school," said Thompson, who also holds the title of director of aquatics. "I have four children and I saw it as a great opportunity, something unique that I didn't have growing up."

Kohm is coming off a very productive summer season. At the National Club Swimming Association (NCSA) Summer Championships, he swam in five events and placed in the top 20 in four of them. His top finish came in the 400 freestyle when he posted his 3:56.28 qualifying time, which was his first USA Swimming National Time Standard. That time ranks him 89th in the 18 & Under World Rankings and 23rd in the U.S. Rankings (competition period: September 1, 2017 through August 31, 2018).

In July, Kohm earned All-America honors in the 500 freestyle with a time of 4:30.17, and was one of only two freshmen on the list to earn honors in that category. In order to guarantee a spot on the All-American list, student-athletes must have reached one or more of the "All-America" time standards during the year. To round out the lists, swimmers who have hit the "consideration" mark are added until 100 swimmers are chosen for each event. While he missed the All-America standard (4:29.04) by 1.13 seconds, Kohm was well ahead of the consideration standard of 4:33.61.

Back in February, Kohm capped off the high school season with an impressive performance at the Eastern Interscholastic Swimming Championships. He took second in the 200 free (1:40.05) and fifth in the 500 free (4:30.17). As a team, the boys finished 10th out of 28 teams with a total of 246 points.

"It's been a really neat experience to watch Zach blossom at Germantown Academy," said his mother, Colleen Petrelli Kohm. "I've seen him grow the most as a student of the sport. I think it's a testament to how much he loves the sport."

Colleen was a distance freestyle swimmer for Germantown Academy. She graduated in 1994 and went on to swim at Michigan State. Today, she's a proud mother watching her kids excel in the pool.

Samuel Kohm, a rising freshman swimmer at GA, was chosen for the USA Swimming Eastern Zone Select Camp that took place June 7-10, 2018 at the University of Virginia. Samuel was one of 56 top USA Swimming athletes in the Eastern Zone – 28 male and 28 female – selected for the camp.

Gabriella Kohm is a 9-year-old swimmer and diver for GAAC.