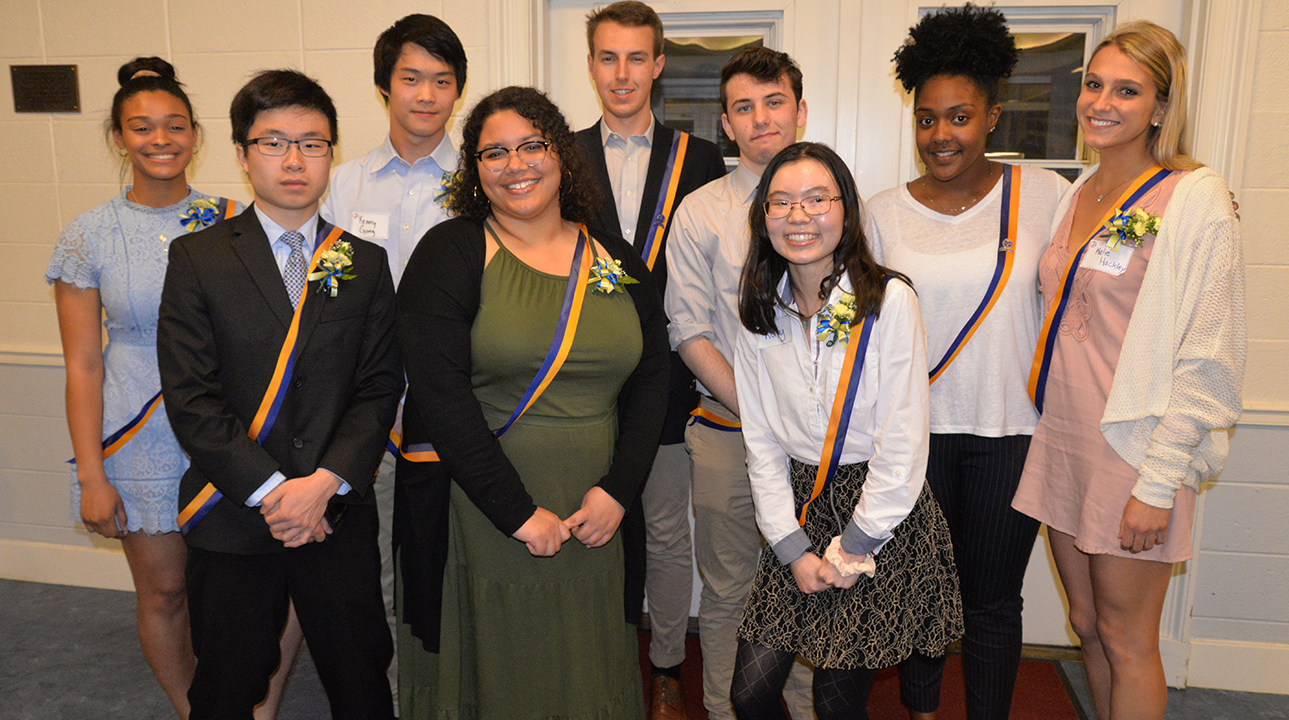 The Société Honoraire de Français (established in 1949 under the auspices of the Association of Teachers of French), the Sociedad Honoraria Hispánica (founded in 1953 by the Association of Teachers of Spanish and Portuguese), and the 全美中文荣誉学会简介 (National Chinese Honor Society, established in 1993) are national language honor societies that celebrate the achievements of advanced French, Spanish, and Chinese students. Selection for Germantown Academy's local chapters of these organizations is based on the eligibility criteria set forth by the national organizations. Those criteria include:

This year's guest speaker was GA graduate Grant Silow ’08. Silow is currently the Associate Director at the venture capital firm 25Madison in New York City as well as an MBA candidate at the Yale School of Management. He studied Spanish through the AP Language & Literature levels at GA, as well as French I and II, and pursued his love of languages in college by studying Spanish, Mandarin, and Portuguese while earning his Bachelor of Arts degree in International Studies at Johns Hopkins University. After graduating from Johns Hopkins in 2012, he went on to work in private equity investment and business development in Baltimore and San Francisco before returning to the East Coast. While pursuing his MBA, he has traveled to Canada, Mexico, Israel, Jordan, Russia, Bermuda, United Kingdom, Iceland, Cuba, Barbados, Colombia, Brazil, and Panama.

The following students were honored:

Not only was the ceremony beautiful with students lighting a candle and inscribing their name into the GA Modern Language Honor Society Journal as they were individually honored, but each student also recited a poem in their studied language.