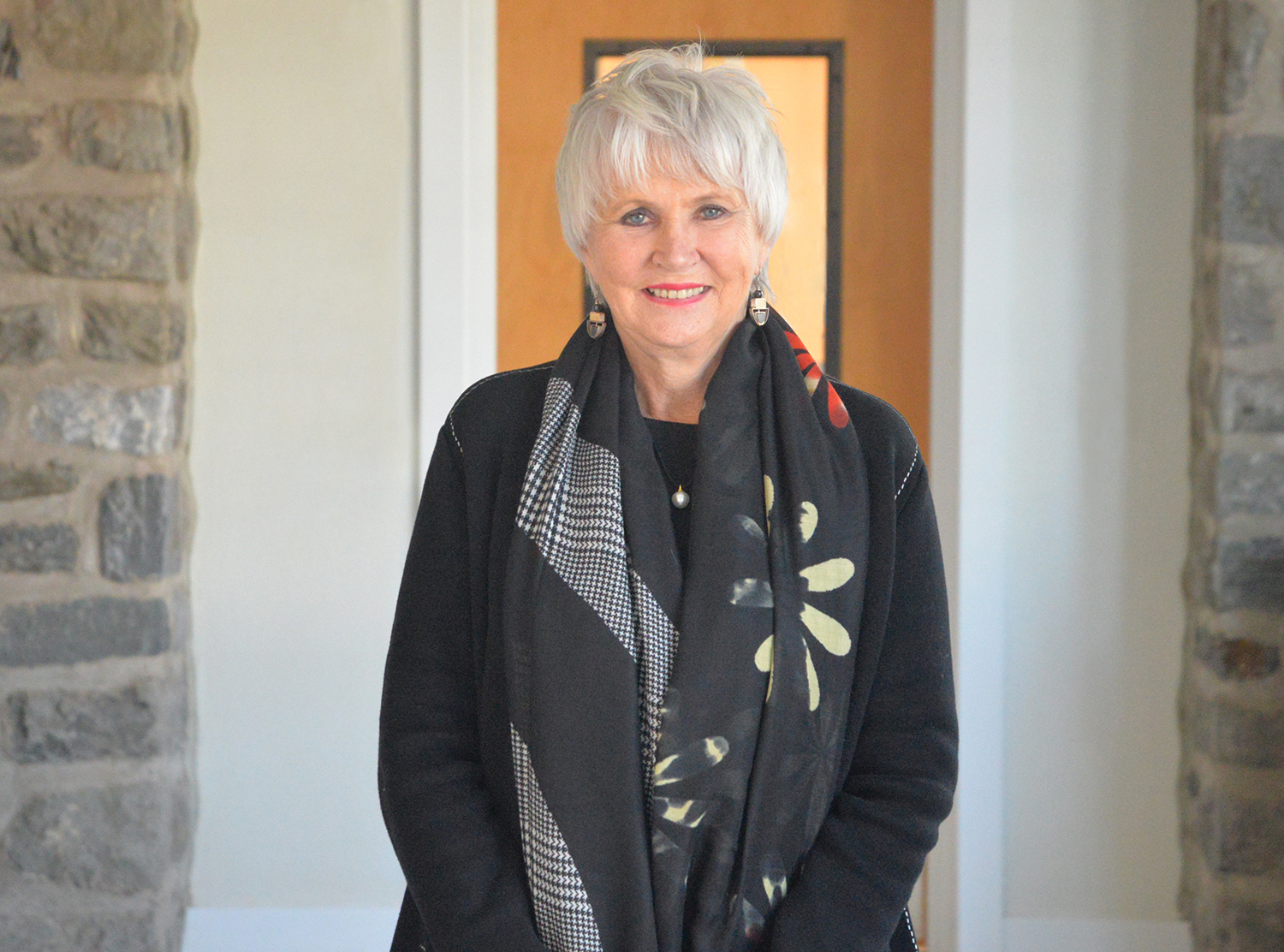 While she was formally known in the classroom as Sue Sarshik or Sue McHugh during her 21-year teaching career, GA’s mathematics dynamo could be unofficially called Super Sue. Unfortunately for GA, McHugh is taking her superpowers with her into retirement at the end of the school year after an exciting time where she not only expertly taught hundreds of GA students, as well as scores of her colleagues, but also successfully launched several game-changing programs and initiatives.

“Wonder Woman is not a fictional superhero with bracelets of steel and an invisible airplane – she has been here on our ‘126 Acres of Amazing’ all along,” said Head of School Rich Schellhas 1760. “Wonder Woman Sue McHugh makes things happen at GA (picture this phrase billboard-sized with a huge spotlight), and no challenge stands in her way. A stellar teacher filled with ingenuity, perseverance, and enthusiasm, Sue has crafted and recrafted our math curriculum and teaching strategies, initiated our coding curriculum school-wide, and has embraced every single tech opportunity presented to teachers personally in order to magnanimously teach and reteach it to us with verve, intelligence, and patience. I have never met a teacher who more personifies and exemplifies a growth mindset than Sue McHugh. Frankly, I will miss everything about her (including her incredible carline fashion ensembles!); she has been a role model for me since I arrived at GA, and my gratitude to her knows no end.”

McHugh’s relationship with GA actually began in 1987, when she and her family were welcomed to campus by then Admissions Director Peter McVeigh 1760. Her oldest of five children, Jennifer, would become a freshman the following fall here in Fort Washington, and McHugh’s contributions to the community were about to begin. She quickly became involved in GA life as a founding member of the GA Parent’s Network and on the Parents’ Committee Executive Board as treasurer.

“A move to Philadelphia presented me with time to reflect on what I wanted to do for my next adventure,” said McHugh, who spent many years in advertising in Chicago and New York. “It was a privilege that everyone did not have, so I took advantage of it and pursued a career in education.”

Along the way, McHugh magnificently led, shaped, and molded GA math and technology curricula and all-school educational initiatives. She was an integral member of the team that developed Ed21 Innovation and Special Programs, led the seemingly never-ending curriculum mapping effort, and served as the school’s SMART trainer. McHugh also played an instrumental role in creating the One School Computer Science Program as well as the Lower School Computer Science and the Lower School Robotics programs. As an educational technology coach in the Lower School, McHugh led teacher training for iPads, the Virtual Learning Environment, Seesaw digital portfolios, and Google platforms.

“These important initiatives found success with a collaborative and creative team of colleagues who worked purposefully, sharing the same goals,” said a humble McHugh, a three-time recipient of GA’s Distinguished Teacher Award. “When I look back I realize that I became passionate about the work, the sometimes complex world of math and coding and computer science, because the people I was working for – the students – show unbounded enthusiasm and awe at learning new things.”

It was noted during a speech by Lower School Head Sue Szczepkowski that Super Sue is the only one who has 45 normal hours in her day. What she does in those hours make us mere mortals stare in awe as her skills – creativity, ingenuity, organization, compassion – were combined with a whole lot of fun.

“My lasting memories of GA will be all the frolicking and merry-making I have enjoyed with this incredible community - both inside and outside of these hallowed halls” added McHugh. “I am filled with enormous gratitude to the administration for allowing me these opportunities to personally develop and grow over these 20 years. They definitely model what they preach, keeping me fully engaged in my own learning as an individual. There were times when the technology was definitely overwhelming, yet I always felt supported through both my wins and my failings!”

Fortunately, McHugh has put many victories in the win column during her teaching career. GA is incredibly proud to have been Super Sue’s destination of choice and wishes her well as she embarks on her next adventure. 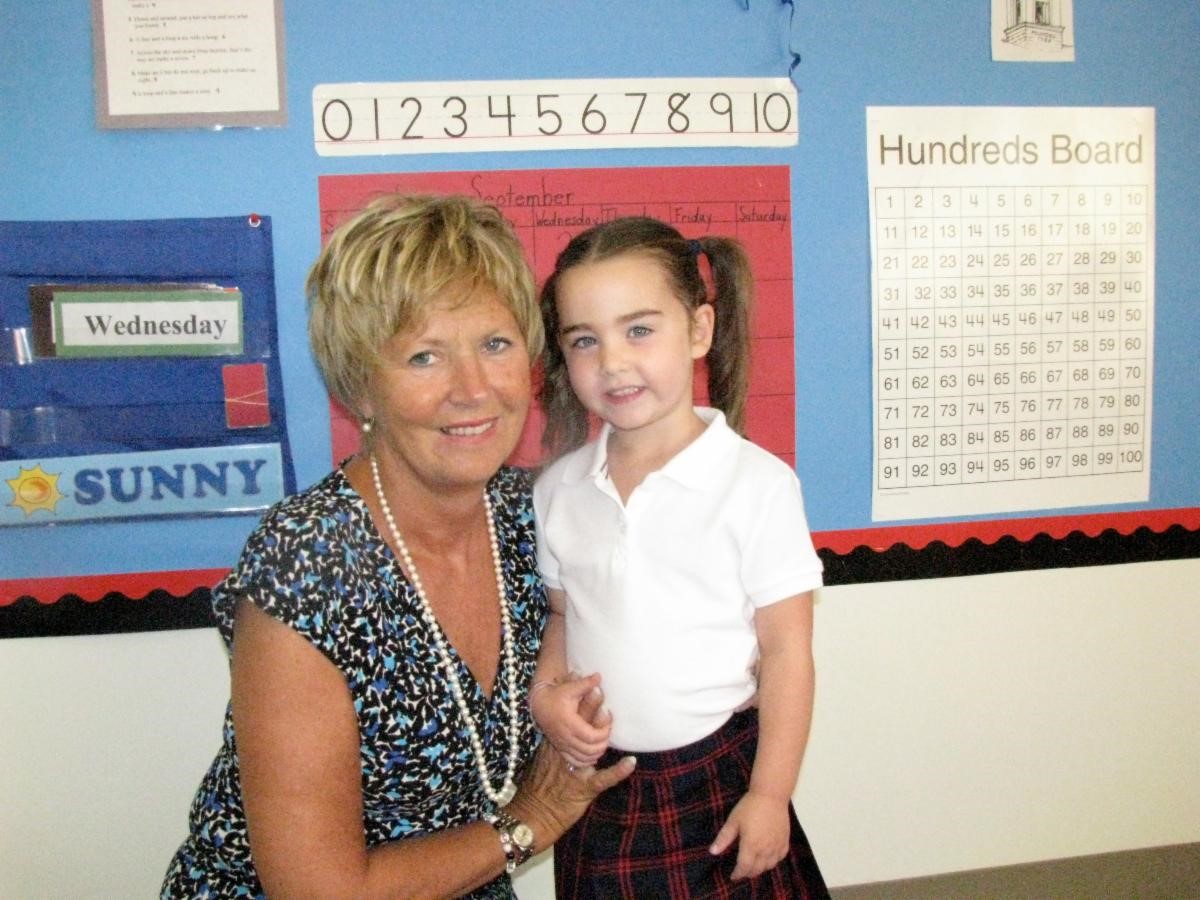 Next Page of Life:

“Find some new adventures which involve spending more time with friends and family, learning something new, and being more spontaneous.  To begin, I plan on a summer road trip that will start with a return to my Chicago roots, moving on to the Minnehaha Falls in Minnesota, followed by singing some tunes in Nashville, relishing some lobster in Maine, and ending with two glorious weeks on the shores of Pine Island in the Outer Banks that coincides with the first time in 33 years I will not be driving to GA in September!”

What Sue will miss most about GA:

What Sue is most thankful for?

“The opportunity to grow as a learner.”


“In a time when so much of what we know is subject to revision or obsolescence, the comfortable expert must go back to being a restless learner.” - Joichi Ito, Director of MIT Media Lab

What Sue is most proud of accomplishing at GA:

“Being a good teacher, being a respected colleague, building life-long relationships!”

What units/traditions will you miss the most?

I will remember and miss most the music that was always an integral part of all our gatherings!