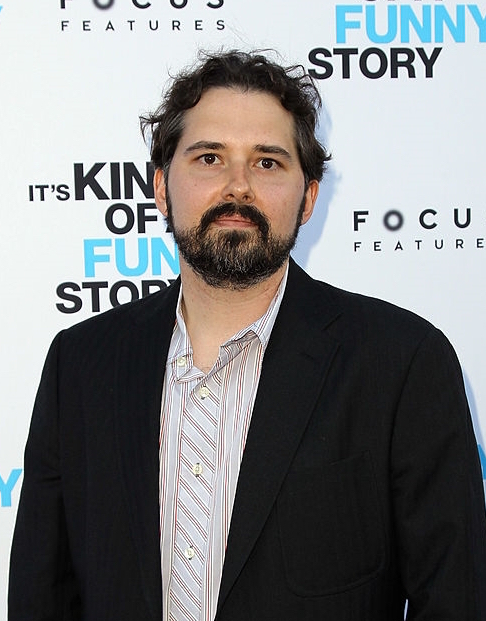 When the County Theater in Doylestown booked hometown boy Jeremy Kipp Walker to do a Q&A about his latest film, organizers of the event had no idea he'd be talking about one of the five most popular movies in the country.

Walker is an executive producer on "The Big Sick," a cross-cultural romantic comedy that's one of the surprise cinematic success stories of the summer.

It's not the first time in his filmmaking career the Doylestown Township native has enjoyed a buzz-worthy moment. Working with producer Paul Mezey (GA parent of a 2015 alumna) of Newtown, Walker was a production supervisor on "Maria Full of Grace" (2004) and a co-producer on "Half Nelson" (2006), a pair of low-budget independent films that both received Academy Award acting nominations (for Catalina Sandino Moreno and Ryan Gosling, respectively). His co-directorial effort "Super Powers" won best narrative short at the 2007 Tribeca Film Festival.

So accolades are nothing new for Walker, a 1996 graduate of Germantown Academy in Fort Washington.

But the praise surrounding his latest film has been something else altogether. It's been, well ... sick.

"The Big Sick" went wide on Friday, expanding from 326 theaters to 2,597, and in the midst of a summer blockbuster weekend dominated by rebellious apes and a web-slinging superhero, finished an impressive fifth at the box office, earning $7.6 million, or only about a million less than No. 4 "Baby Driver."

The film, which was produced by Judd Apatow and directed by Michael Showalter, has the best aggregate score among current releases on Rotten Tomatoes, with a 97 percent rating (144 positive reviews out of 148).

"It's really been awesome," Walker, 38, says in a telephone conversation last week from Los Angeles, where he lives with his wife and two young sons and works for Netflix as the head of production for independent films. "From the reception at Sundance to the critical success and now to be opening on 2,500 screens ... for a movie this size, that's gigantic."

Walker was back East this weekend to talk about "The Big Sick" after a sold-out Saturday evening screening at the County, a beloved local institution that introduced him to the world of independent films. He's not certain of the first movie he saw there — maybe Kevin Smith's "Clerks" (1994) — but it's been a part of his life for as long as he can remember.

"It's such a cultural centerpiece," Walker says of the County. "Particularly as more and and more folks are watching content at home, you've got to cherish these places that become destinations for viewing things as a community.

"That's what was critical for me growing up. Having access to different types of films really shaped my career. We make these things to converse about them together, and you don't get that at home sitting on a couch. It's up to us to stay engaged and actively go to places like this as a community."

Among the many films Walker remembers seeing at the County was Woody Allen's "Deconstructing Harry" (1997). Never did he imagine he'd be working for the acclaimed director just a few years later, after graduating from Bucknell University. Walker had considered film school after college but instead landed a job in New York working for Allen's production company.

"I ran the photocopier — very glamorous," he says. "It was an incredible baptism by fire, a lot of those folks had been there for 30 years at that point. His production company is as independent as they get. They exist in their own artistic bubble. It was a great training ground for me."

Walker is credited as a production office assistant on two of Allen's lesser-regarded films, "The Curse of the Jade Scorpion" (2001) and "Hollywood Ending" (2002). "I stood by him in his leaner years," he jokes.

He spent the next 16 years in New York working as a producer and sometimes-director before moving to LA last year after getting the Netflix job.

When the opportunity to work on "The Big Sick" arose, "I jumped at the chance. I told the team I was meeting with that I was a fan of everybody involved. I told them that I wanted to be a part of it, but if it doesn't end up being me, I'll be the first one in the theater buying a ticket."

"The Big Sick" was written by its star, actor-comedian Kumail Nanjiani of "Silicon Valley," and his real-life wife Emily V. Gordon; its story is loosely based on their actual courtship. In the film, Kumail meets Emily (Zoe Kazan) after she heckles him during his standup routine, and they begin dating. Kumail knows his traditional Pakistani Muslim parents won't approve, as they believe in the custom of arranged marriages.

(One of his potential wives is played by North Penn High School graduate Kuhoo Verma, making her film debut. She figures prominently in a scene in the trailer, hoping to bond with Kumail over his love of "The X-Files.")

The film, which Variety describes as "romantic, rueful and hilarious," co-stars Ray Romano and Holly Hunter as Emily's parents. It also features Anupam Kher, one of the biggest stars in India, whose hundreds of credits include "Silver Linings Playbook" and "Bend it Like Beckham."

Walker, who likens his job as executive producer to the architect or engineer on a construction project ("ultimately, my role was to craft the production plan for the movie"), says he and the rest of the team behind "The Big Sick" thought they had something special, but, of course, you never know how critics and audiences will react.

"Nobody ever sets out to make a bad movie," he says. "Every film, whether it's great or a stinker, somebody thought it'd be great along the way. Nobody ever wants to hear that their children are ugly.

"There are a thousand decisions that go into it at every phase — writing, producing, directing, post-production — and when it feels like it's working, you kind of know. But still, everybody's extremely nervous before that first screening. You're always treading on eggshells. We all thought we made a pretty good movie, but you're never quite sure."

The first major validation came when the film was a hit at Sundance, screening in the 1,000-plus-seat Eccles Theatre. As Walker says, the advantage of a comedy is you can hear right away if audiences are responding — and "The Big Sick" drew laughter in all the right places.

Next came the sale of the film to Amazon Studios ... and the buzz on social media ... and the critical praise and, now, a solid first weekend in wide release.

"In addition to being a fun comedy, the film has a lot of heart," Walker says of its appeal. "It's about multiculturalism and what it means to connect as a family and starting a new family as husband and wife. It's been great to read accounts on Twitter and social media from people who have had very similar experiences with family blending, and seeing how the film resonates with them.

"The film's got a real human quality. It's a comedy, but it's equal parts drama. Folks are coming out of the theater laughing, but many of them are crying, as well. I always find the best comedy is grounded comedy. When that works, it just kind of hits you on a universal, human level."

Walker previously saw the cultural impact small movies can have with the Oscar nominations for "Maria Full of Grace" and "Half Nelson."

"We were blown away," he says. "To have two in the span of a couple of years was super-exciting.

"I don't want to jinx it, but there's a lot of early talk about 'The Big Sick,' maybe its screenplay. Hopefully, it's a long road ahead (of accolades) over the next nine months. We're hoping."

In the meantime, Walker, whose father, John, lives in Newtown and mother, Deborah, lives in Florida, will continue to focus on his own filmmaking opportunities. He's wanted to make movies since even before starting kindergarten at Our Lady of Mount Carmel School in Doylestown (he talks of a photo of him holding a megaphone and wearing a beret for a preschool event celebrating what the students wanted to be when they grew up) and feels blessed he's had that chance.

"For me, it's always been about filmmaking," he says. "Whether it's working on a budget as producer or directing something myself, it's storytelling — that's what fuels all of it. It's making something that connects with an audience." 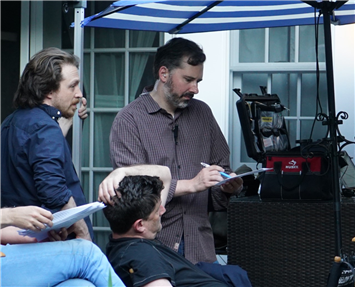