Share to FacebookShare to TwitterShare to LinkedInShare to PinterestShare to EmailPrint this page
Seventh Grade Student Publishes Book
February 8, 2022

A published author walks among our Germantown Academy Middle School students. Mallea K. ’27 has a passion for creative storytelling and the horror genre which led her to write her first book.

“I wanted to be a writer for a long time. I started writing short stories when I was 8, and I was drawing before that,” Mallea said. “While my mom did not let me watch horror movie trailers back then, I have always been intrigued with things that scared me.”

Fortunately, Mallea is now allowed to watch, read, and write about the scary stuff. Her debut book, The Orphan’s Game, published by Brooklyn Publishing, tells the story of Carmen – an orphan, who was chosen by a mysterious woman to be a contestant in her annual Orphan’s Game. But the devil hides in the details, as Carmen soon finds out. 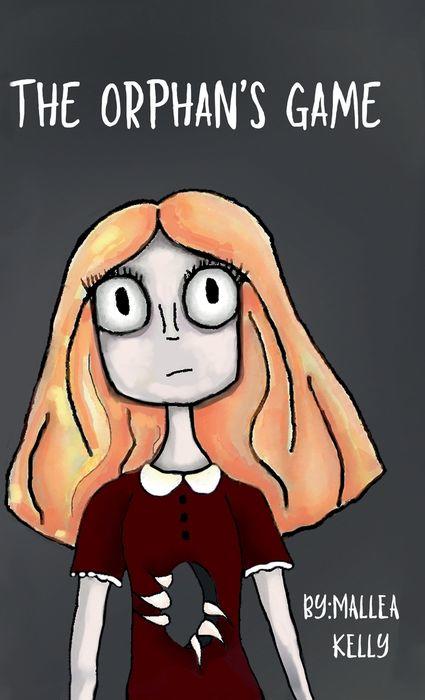 hen I was younger, I used things in my writing from pieces I loved - Stephen King novels, ‘Coraline,’ Ms. Peregrine’s Home for Peculiar Children – and a lot of redhead characters who are bad,” Mallea said. “I was hyperfixated on ‘IT’ and the ‘Loser’s Club’ where one monster can shapeshift into your greatest fear, like mannequins and robots – things that look human. For me, images of people without faces have always scared me. Now, I am more into psychological horror. I did the research on why that genre scared me so much and then implemented that in my book.”

Mallea said the book was born from a short story that happened to be getting very long.

“I had just realized that maybe this particular short story was more than that,” Mallea stated. “My cousin, who was 14 at the time, wrote a book and had it published by Brooklyn Publishing. I was 11 and Covid had just hit which gave me a good amount of time to make that story into a book and get it published. I used her connection, and they liked my book. I thought it would take about eight months to get it out, but it really took one and a half years!”

Then and now, her time is filled with a lot of hard work. Along with classes, homework, and practice for the upcoming Belfry Show, Newsies, Mallea fills up the rest of her time by writing. She also created the base of the drawing and then let the illustrator have fun with it.

“People are like, ‘YOU published a book?!’ and I respond by saying I have already started writing five other books!” Mallea said.

Mallea, daughter of Brendan Kelly '01, is hoping to turn The Orphan’s Game into a series and she already has a draft for book number two ready to go. For now, you can find her first novel at BarnesandNoble.com.