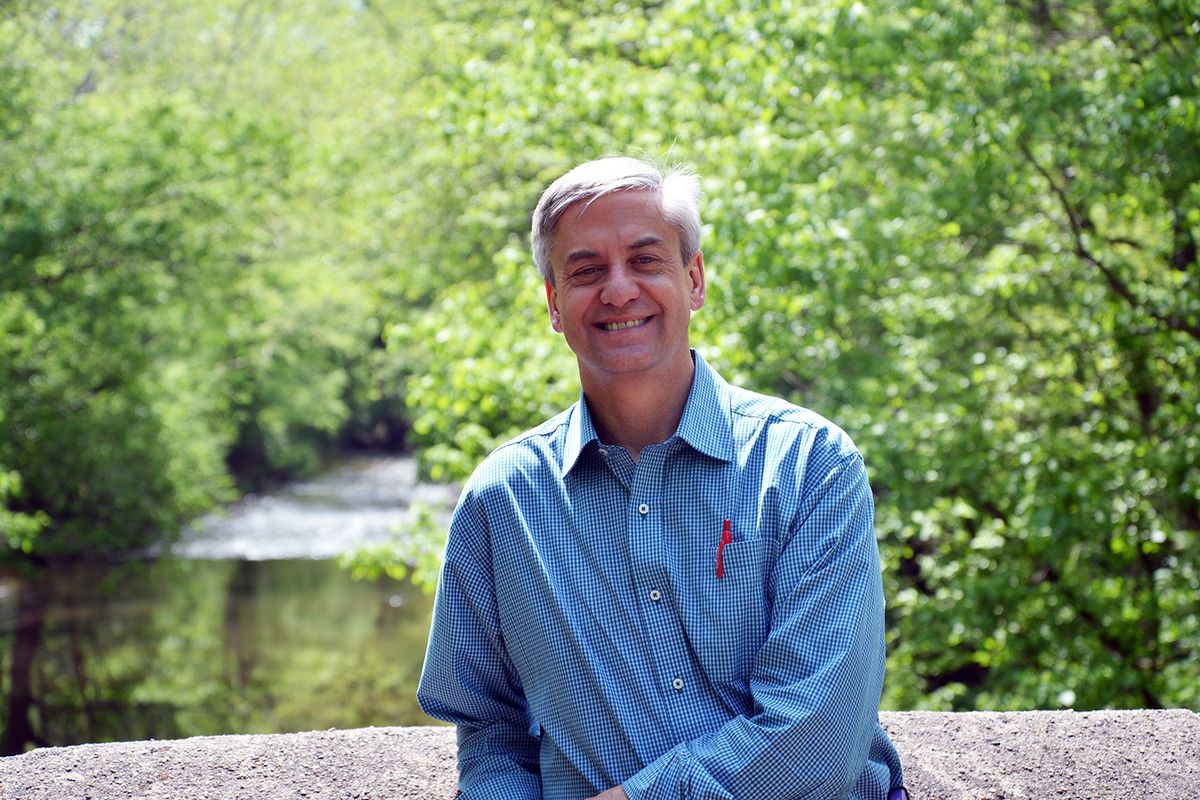 Gifts to the Community:

What Rich Schellhas Will Remember Most about Rollie:

Rollie is one of the most consistently gracious human beings I have ever met. Whether he's donning his fluorescent traffic vest during carpool duty or his lab coat during an explosive experiment, Rollie exudes kindness, thoughtfulness, an easy smile, and an honorable gallantry too seldom seen in the world. What I remember most fondly about a recent visit to his classroom was how we seemed to know everything and was able to answer eighth grader questions zinging his way from every corner of the room the way an expert wields a flyswatter. What's the temperature of space? Swat. Rollie is a superb, humble, hard-working colleague and a personal role model to so many of us. May his legacy of civility and intelligence inspire us for many years to come!

I am thankful for:

Next Page of Life:

What I Will Miss Most:

From the email to the community:

Friends,
A good metaphor is worth its weight in gold. Our next (and final!) retiree this year, has, over the years, inspired several striking images, blood and rock among them. At his twenty-five year celebration I suggested that he was the strong and steady pulse of the Middle School, pumping a love for all things science into GA's Middle School science curriculum. On the occasion of his Distinguished Achievement Award, Richard House, then Middle School Head, told us: "He is a rock...in the matter of integrity, he is like granite."

Today I'd like to suggest that Rollie Wakeman, Middle School science teacher, advisor, mentor, member of the honorary alumni Class of 1760, and GA meteorologist carries with him a perpetual high pressure system, spreading blue skies and warm sunlight wherever he goes. In the late 1980s Rollie was instrumental in setting up a weather satellite station in GA's Middle School science lab, making GA, for the next five or six years, an official weather station for NOAA. Rollie designed and implemented Project Based Learning activities that engaged students in real world situations ~ long before PBL infiltrated the educational landscape and lexicon. Turning students on to science has always been his goal.

Students love Mr. Wakeman and bask in his consistently temperate climate. They love their Wacky Wednesday Waffles with Wakeman. They love that Mr. Wakeman "gives back grades the very next day after a test." They appreciate his deep knowledge of science that ranges from rocks to the stars. They thrive under his unhurried, gentle disposition. One Community Commendation reads: "He has made our passage through life a little kinder."

Rollie Wakeman, the quintessential gentleman, has infused GA culture with warmth, an easy laugh, a kind spirit, and a persistent and genuine love of science... all underscored by an abiding commitment to his faith and his family. Rollie, may your future hold just the right balance of sunny skies, gentle rains, and winds that blow you back to us.