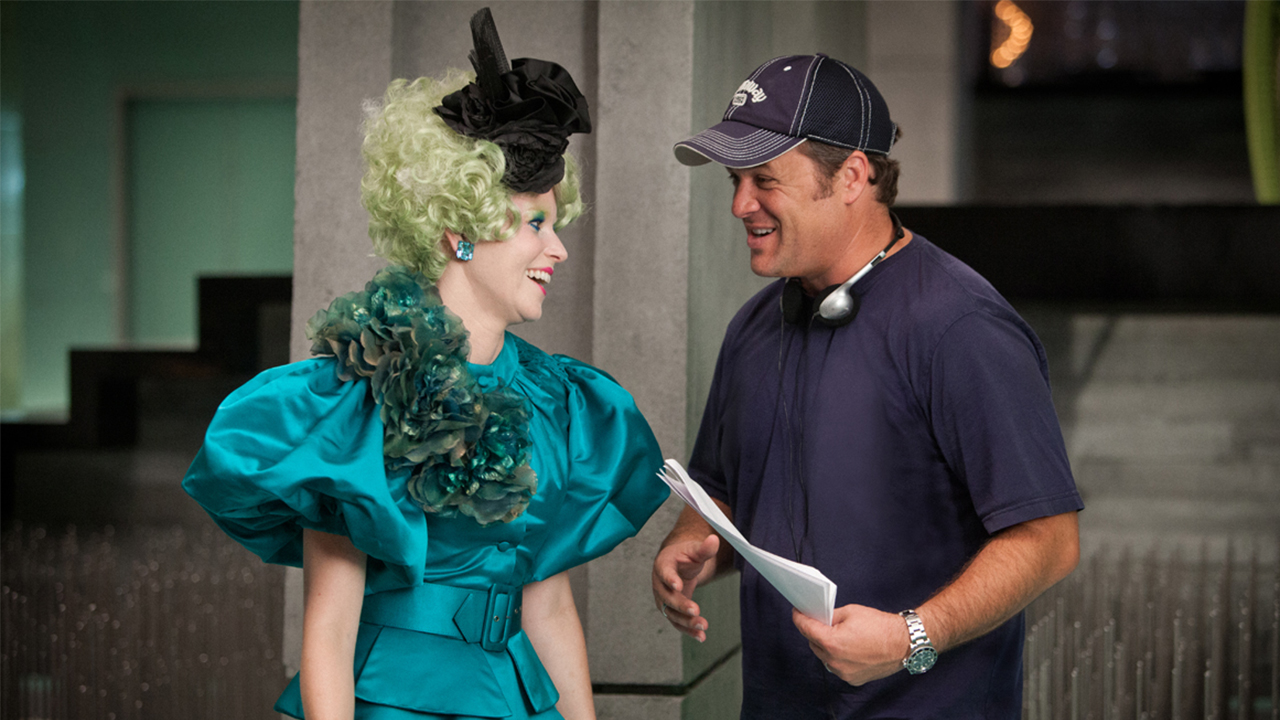 Every seasoned Hollywood player has their own tale about how they broke into the most competitive industry in America.

Robin Bissell '86 is no exception.

At the age of 27, the former Belfry Club star found himself in one of those odd moments of life. He was ready to move on from his band, Everything, and give the movie business a try, so he called a friend on the inside to see if she knew of any openings. Fortunately, she did know of one position, a job as a director's assistant on a little film called Pleasantville. Being a good friend, she set up an interview for Bissell, who eagerly met with a young producer, who immediately tried to convince him that this was not a position for the tired nor the weary.

"For 15 minutes he tried to talk me out of the job. 'Hard, grunt work,'" recalled Bissell, who moved to Los Angeles in 1991 to be a singer-songwriter and earned a record deal with his bandmates.

As fate would have it, like a scene right out of the movies, Bissell, who had no previous experience in the industry, forgot to ask for a script and went back inside where the producer was talking with the film's director, Gary Ross.

"This is the guy I was telling you about, Gary," said the producer.

Ross, who has won several prestigious awards and been nominated for four Academy Awards, had two words for Bissell: "You're hired!"

"I definitely got a lucky break," said Bissell. "A couple of them. I was thrown onto a $40 million film and into a world I knew nothing about. I made a million mistakes along the way."

Bissell's second big break, besides meeting his wife, Krista, on the set of Pleasantville, came during the post-production of the hit 1998 film. Pleasantville was filmed entirely in color, but, due to the storyline, Bissell and his colleagues had to digitize 163,000 frames of 35-millimeter film for the purpose of removing most colors and manipulating others. According to The American Society of Cinematographers' website, "this type of image conversion and manipulation has been routinely done in commercials, but never before in a live-action, feature-length film."

"We literally put film into a computer to make it black and white," said Bissell. "In 1997, computers were very slow; the proper technology did not exist. The entire floor of our office became a tech office."

Post-production (editing) on films typically averages between four to six months, but this process took Bissell and company 15 months, which allowed him to earn an associate producer's credit and really opened the floodgates for his career. Bissell went on to work as an executive producer on blockbusters like Seabiscuit, The Tale of Despereaux, The Hunger Games, and Free State of Jones.

Twenty-two years after landing his first job on a movie set, Bissell has officially made the jump from producer's seat to the director's chair. The GA graduate is making his directorial debut with The Best of Enemies, which is scheduled to premiere in March 2019, Bissell wrote the screenplay for the film, which was inspired by Osha Gray Davidson's book The Best of Enemies: Race and Redemption in the New South.

"I knew I was suited for directing," said Bissell. "I was a songwriter prior to the movie business, but I wasn't entirely sure I could write."

"In 2005, I saw this blurb of Ellis in Time Magazine. My radar went up. That's pretty amazing I thought. I wonder how that happened?" said Bissell. "I finally got my hands on the book. I started doing a small documentary made in Durham called An Unlikely Friendship. I started seeing how this guy changed. It was really due to this woman named Ann Atwater, an amazing activist, and this guy named Bill Riddick. It just became really clear to me why I wanted to tell this story. That change drew me to the project—why he changed. He started to realize that he had very similar problems and challenges like people of the opposite race."

Bissell bought the rights to Davidson's book in 2012. He then met with the Atwater and Ellis families to learn more before finishing the script in 2014. He faced the same challenges that all first-time and independent movie directors face in terms of funding, but he scored big votes of confidence when Taraji P. Henson (Academy Award nominee – Best Supporting Actress – The Curious Case of Benjamin Button) signed on to play Atwater and Sam Rockwell (Academy Award winner – Best Supporting Actor – Three Billboards Outside Ebbing, Missouri) came on to play Ellis.

"Taraji loves Ann Atwater," said Bissell. "She loved the script. She is larger than life. Her eyes and voice are so powerful. We didn't have a lot of time to rehearse, but she came prepared. And Sam threw himself into the role. He's amazing. He's a joy to work with. I just got so lucky with these two lead actors. They got it. There was never a time I was stumped."

"I was drawn to the story alone, not thinking about current political issues," continued Bissell. "I think the only thing I thought was, 'boy, if this thing turns out well, it could be meaningful.'"

By his own admission, Bissell was very much a day dreamer at GA.

"I was a guy who you would expect to go to LA and try to get into the movie business," said Bissell, who transferred to GA before the start of ninth grade. "I wasn't the perfect student."

But, a number of teachers and coaches, including Peter McVeigh 1760, Roger Eastlake '59, Ted Haynie 1760, Peter "Doc" Drewniany 1760, and Edwin Probert II 1760, saw Bissell's passion and, like they did with so many students over the years, encouraged and guided him along the way.

"They saw I was wide-eyed, and I wanted to expand my scope of life and do something extraordinary," said Bissell. "For me, when I got to GA, my outlook on the future changed. I noticed that everyone had a different eye for the future—it felt like there was no limit for my new set of friends. It's like, 'what can we do to have some sort of impact?' I think that was great, and I think that was instilled in me...It was the best decision my parents ever made."

Bissell was active in the Belfry Club where he played the leads and served as club president his senior year. He was also a member of the Barbershoppers, the Madrigals, choir, and ski club, as well as the golf, lacrosse, soccer, and tennis teams. But really, it was Belfry that had the biggest impact on him.

"Belfry was a huge part of my time there," said Bissell. "Mr. Probert and Doc—I learned a lot from them. They are lovely people, and I owe them a lot; they are just so passionate for storytelling."

That passion now lives inside Bissell, and he is able to share it with the world.