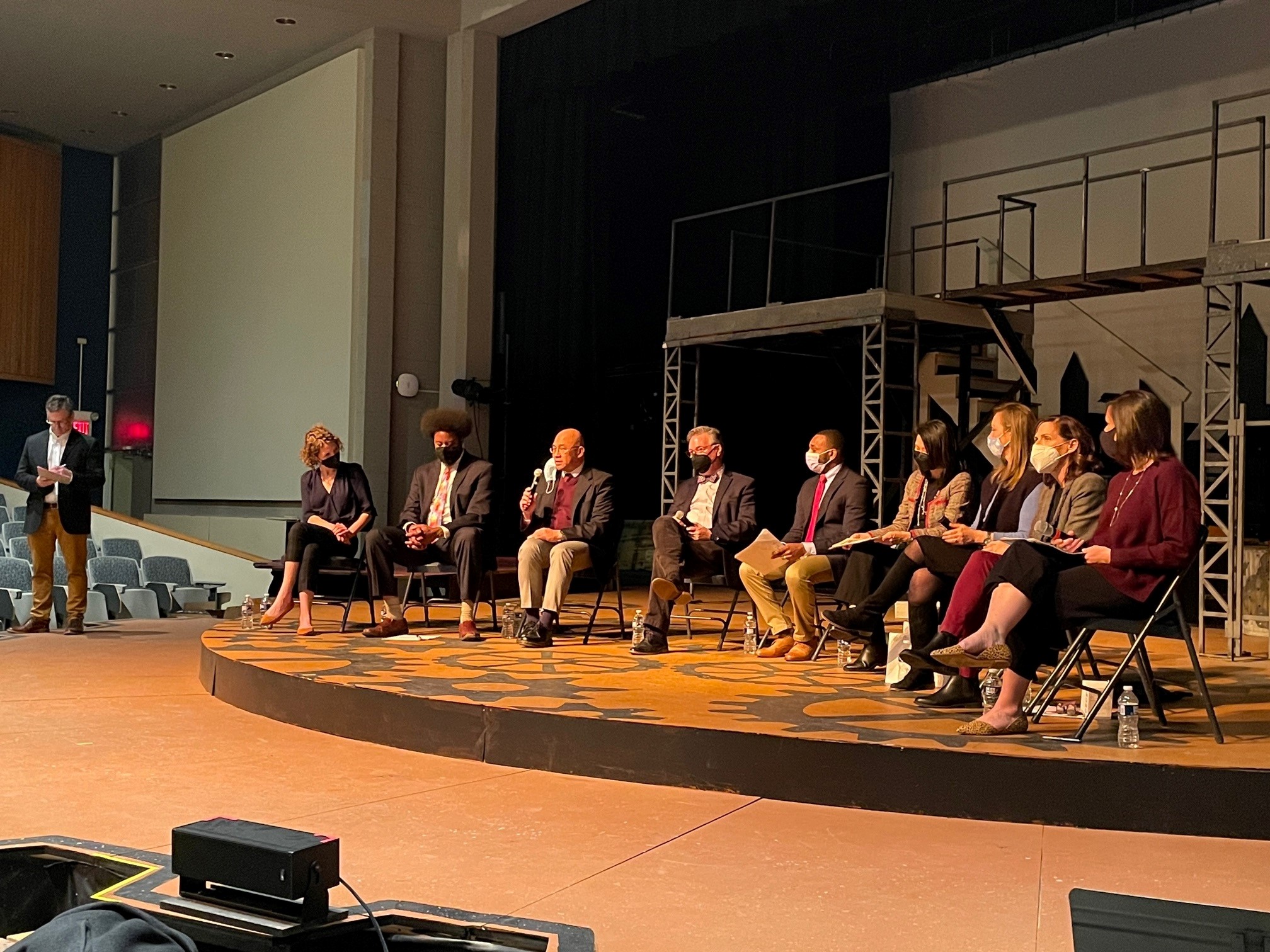 Preparing Juniors (and their Parents) for the College Search Process
February 25, 2022

A new program hosted by the College Counseling Office was held for juniors and their parents as they embark on the college search process. Admission representatives from nine East Coast institutions, some of them vice presidents at their respective colleges, ran a Case Study Program where small groups became mock admissions committees for a pretend institution. Material for the program (information about the pretend college and four mock applications) was presented in advance of the evening and participants came to GA ready to discuss who would be an admissible candidate for the school. The surprise? None of the invited admission representatives told their group who they were or what college they are from until everyone gathered in the Arts Center at the end of the evening! 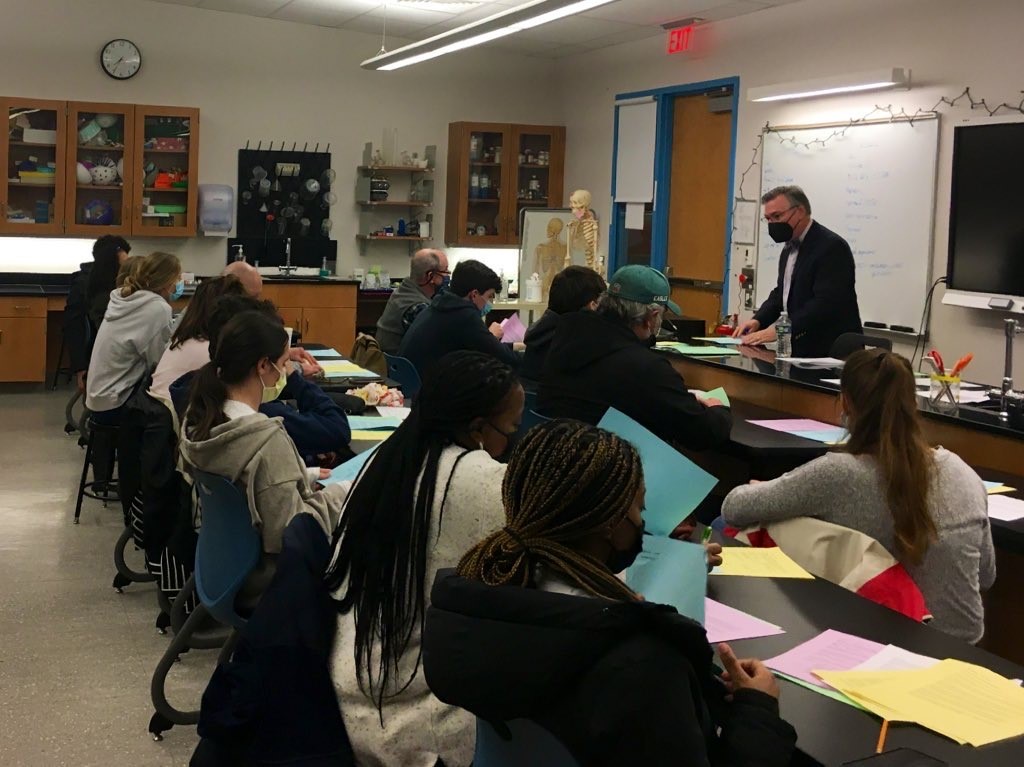 After the representatives introduced themselves on stage and gave their groups’ results of which mock applicants were admitted, waitlisted or denied (interestingly, each of the four mock applicants were admitted by some of the admission committee groups, but none of them were unanimously admitted by all of the groups), participants were treated to a short Q&A.  The admission professionals gave some guidance on how this particular exercise showed the subjective nature of decision making at colleges. “Each school does admissions differently in that some have one person making the full decision, while some go to committee.” “The role of data in the admission process is important, but we are all human and we have to look at the full picture. A lot of schools will likely use enrollment scores but it is an imperfect science.” “I encourage kids to do their homework in picking a school. What’s a good fit for you is not necessarily a good fit for your friend (or your parent!)” “All schools are looking for good students and good citizens. Take advantage of where you go to high school.” 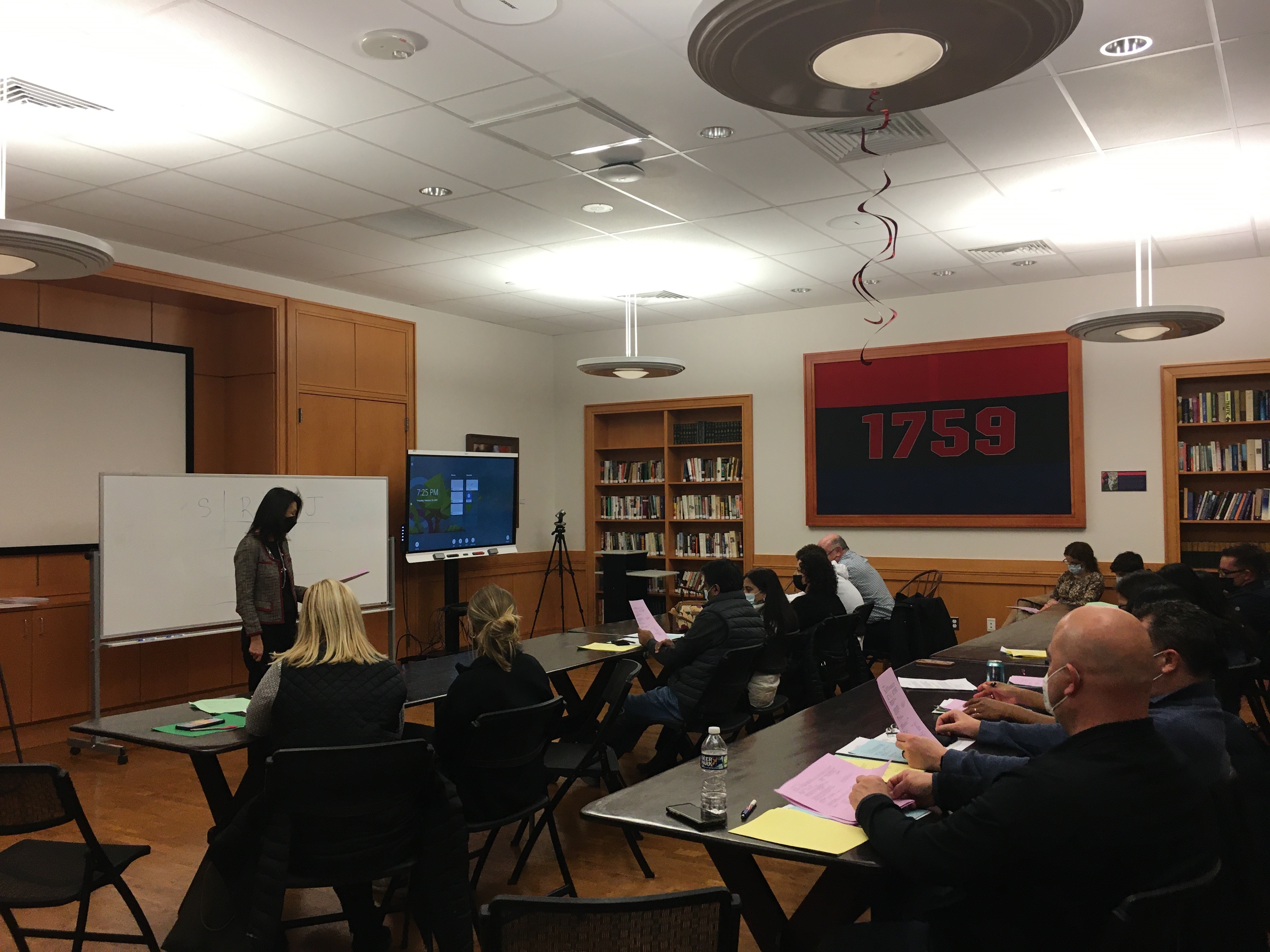