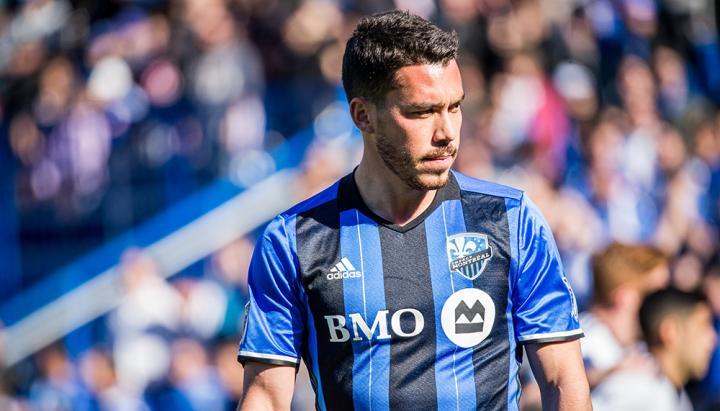 Patriots in the Pros is a new segment in which we check in on former student-athletes that played at Germantown Academy. We see how playing at GA helped them in their careers, what they enjoyed most about playing at GA, and what life is like in the pros.

Today we check in on Dan Lovitz '10, who played soccer for the Patriots before going on to star for Elon University where he won the 2013 Southern Conference Player of the Year award after leading the Phoenix to their third straight conference tournament title and an NCAA tournament berth. He scored four goals and six assists in 2013 and finished his collegiate career with nine goals and 16 assists in 80 appearances. In 2014, he was drafted in the second round (24th overall) by Toronto FC in Major League Soccer (MLS). He played in Toronto for three seasons (41 appearances) before moving on to the Montreal Impact for the current season.

Q: What did you enjoy most about soccer at GA?

Dan: Playing soccer at GA was a great experience. Being able to come in early my freshman year and get to know a group of my classmates before school started was very important. The fact that there happened to be others in the same boat helped me make the transition.

Q: How much did playing at GA help you in your college and professional career?

Dan: At GA I managed to compete at a high level with other players on the team for playing time, as well as test myself against some of the talent within the Inter-Ac and various teams we faced during the season. That was a good experience to have early on. Patrick David was a fantastic coach and an even better person. He helped create a team culture and environment that allowed us to be ourselves and most importantly, to win.

Q: You were drafted in the second round in 2014 by Toronto, what was that moment like for you?

Dan: Being drafted was surreal. In the moment I was overwhelmed. I was watching the draft just to see what happened and I didn't expect to see my name called at all, let alone as early as it was. The draft was in Philadelphia that year and my dad and cousin bought tickets to go see what it would be like for the guys getting drafted. They were as shocked as I was to see a team select me. It's hard to describe what that felt like for me being on the phone with them and then with my mom, but it was special.

Q: After playing at GA, did you ever think you would end up going pro?

Dan: I never focused on myself playing as a professional until I made it to college. I know there weren't that many professional players that came from GA or where I grew up so I never had that idea. My time at GA was more about the camaraderie and winning the league title and of course trying to attract a collegiate program for the next step.

Q: When did you realize going pro was an option?

Dan: At Elon University. Darren Powell was the head coach at the time and he was the first to acknowledge that there was potential to play professionally. My freshman year he pulled me aside and asked me if it was something that I'd want to pursue. I said yes and just hoped that he was being serious. He put me on an accelerated academic schedule so that I could graduate early and in time for the draft. The summer of my sophomore year I was invited to go train with Sporting Kansas City for a week. It wasn't really until then that I had a real belief that I could make it as a pro. It was an awesome experience and it motivated me to lift my game for my junior and senior seasons.

Q: You scored your first professional goal in a 4-3 win in Pittsburgh against the Riverhounds. How excited were you when the ball went in the net? How special was it that you scored your first career goal in your home state? It wasn't in Philly, but coming in PA had to be kind of special, no?

Dan: My first pro goal in Pittsburgh was a great moment. The crowd there was spectacular for opening night and it ended up being a great game. It was an important goal for me at the time because I was on loan from Toronto FC and playing in the United Soccer League (USL). There was an emphasis for me to get game time as well as recover fully from a knee surgery that I had undergone a few months prior. I took a deep breath after that game and knew that I was back.

Q: What advice would you give to a current student-athlete at GA that is looking to play a sport at the college level and then maybe go pro?

Dan: Whether looking to use soccer as a tool to get into college or if you're intent on making a career out of it, I believe the advice is the same. You have to throw yourself into it. Be proactive, be positive, and most importantly be yourself. There's going to be obstacles and hard times. If you put yourself out there and develop positive habits on and off the field, you stand a great chance of finding the right fit for you.

Q: Toronto is obviously in Canada, what was it like playing in a different country?

Dan: Living and playing in Toronto was amazing. Although Canada is relatively similar to the United States, it was cool living somewhere that didn't always feel, look, or sound like home. The people there are incredibly nice and made my time there enjoyable to say the least.

Q: Throughout your time at GA, what is a moment or two that still stick out?

Dan: I'll always remember the atmosphere on GA-PC day. Playing in front of that many people was incredible and to be out there with classmates and your closest friends is hard to beat.