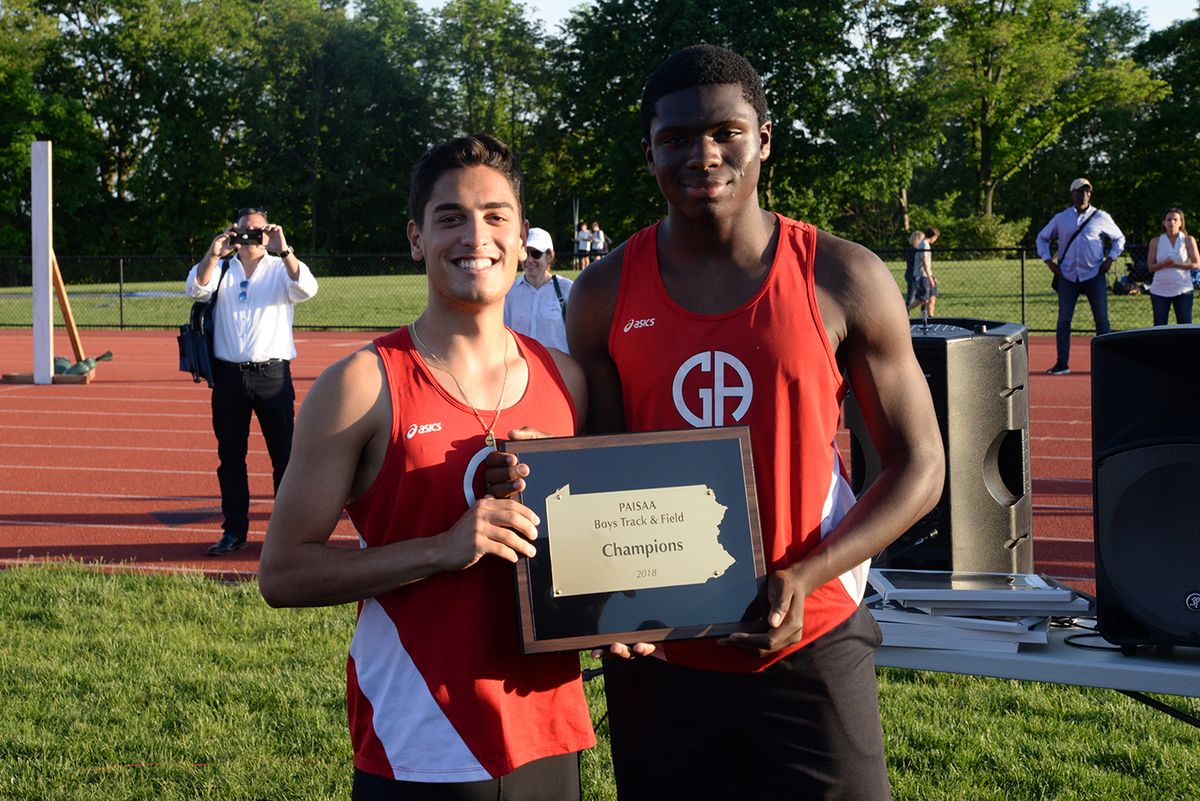 POTTSTOWN -- Head Coach Peter Jennings '99 said he was nervous on the bus ride to The Hill School before the Pennsylvania Independent Schools Athletic Association Track and Field Championship. After having the event moved from May 19 to the 21, the team had a few days off. This and the meet being on a Monday were the sources of Jennings concerns. However, those worries quickly faded as the team began to compete.

"Just like they did at Inter-Acs," Jennings said. "It just kind of picked up steam and kept going."

That momentum carried the Patriots all the way to 113 points, good enough for their first first-place finish at the PAISAA meet. GA edged out Malvern Prep, who came in second with 108 points.

"We knew going into it it's be a close fight," senior captain Michael Capone '18 said. "We did what we had to do. There were some crazy performances from a lot of people. It's just so awesome. I'm proud of all the underclassmen and the people that won it for the seniors. We couldn't be more happy as a team."

While the Patriots as a group had a great outing, Kyle Garland '18 had an equally good day individually. The senior competed in four events and took first in each one, scoring 40 total points.

Also garnering a first-place finish was Caleb Johnson '19, who set the PAISAA mark in the pole vault. On his first jump, Johnson cleared 14' 6" to break the previous record of 14' 4". He subsequently broke that mark and finished the event with a 15' 5" jump.

The PAISAA win ends the Patriots' regular season on a high note. After the year that they had – full of rain and snow – Jennings is glad to see a positive outcome.

"It's a nice cathartic release," Jennings said. "There was a tip in expectations where everybody expected the best performances out of each other. I think that success breeds success and it was like a snowball effect at the end of the season."