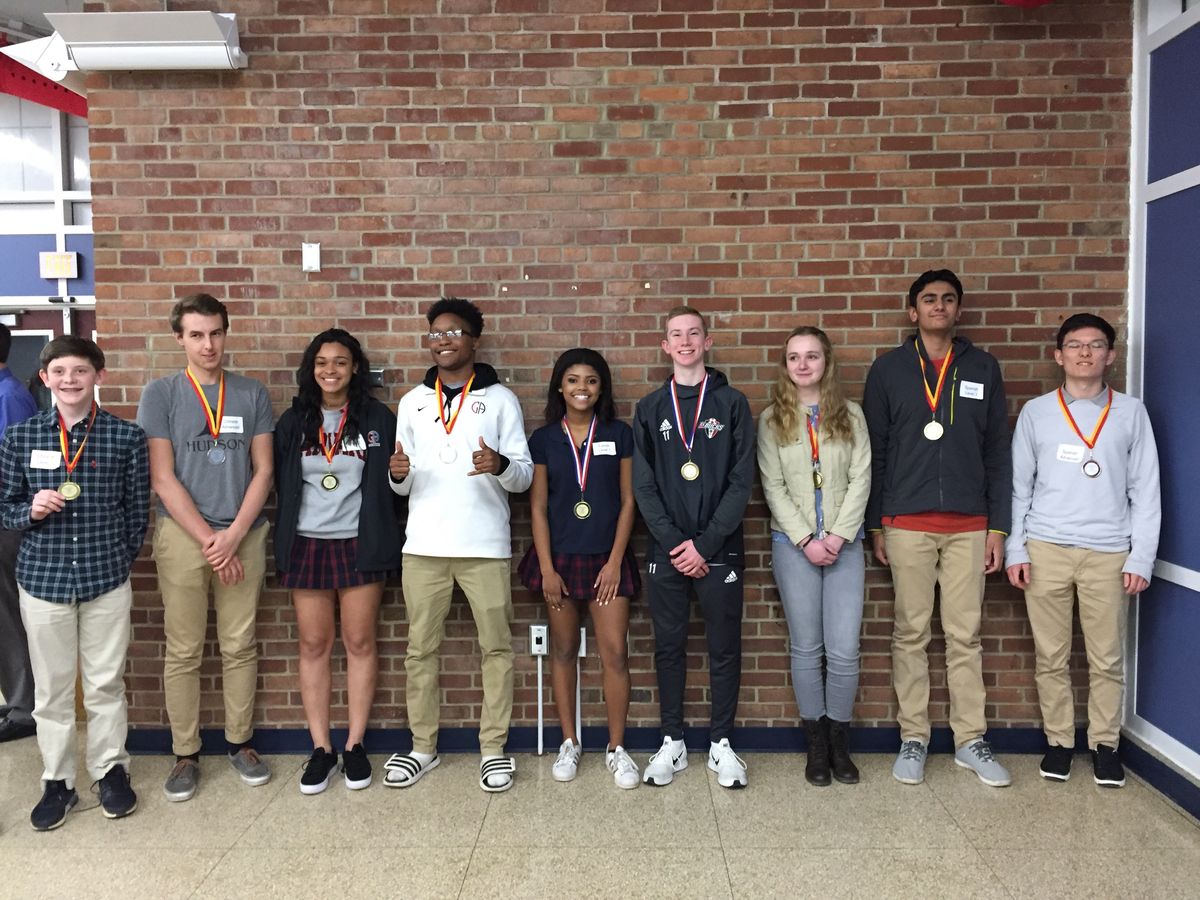 As in years past, many Germantown Academy Middle and Upper School students qualified for this year's James J. Doyle Oral Proficiency Test in Montgomery County, after achieving high awards in GA's own contest.

The county contest provides a forum for students to measure their oral skills in a foreign language against students from other schools in the county. Individual interviews are conducted by foreign language professionals to determine which students are most proficient in the second language. Students must have learned their foreign language in a classroom in the United States. Students who live in a home where the target language is spoken, or who have spent more than six consecutive weeks in a country where the language is spoken, or who have learned in an immersion program are not eligible to compete.

"I am so proud of all of the students who chose to compete in the GA contest," said Linda Test, Co-Chair of the Upper School Modern Language Department. "The line of the Mission Statement – Confident in Expression – truly resonates with these students. Many were nervous about speaking in front of people they didn't know, but they did an excellent job expressing themselves and the results show it. Bon travail!"

Six of those students went on to win GOLD at the county competition, and we asked three of them to describe their time studying their chosen language. While Lower School offers a choice of Spanish and Chinese classes that focus on root words and culture, GA begins formal language classes in 6th Grade and most students continue the same language throughout Upper School.

How did you come to choose the language you are currently studying?

Sasha Capers '20 – "I chose Chinese because it was new and exciting. It seemed like a great language to learn.

Jake Grim '21 – "I chose French because I've always wanted to go to France."

Vincent Paik '18 – "I chose Spanish because it is one of the most widely spoken languages in the world."

How have your teachers helped you develop your oral and written skills in this language?

Sasha – "My Chinese teacher helps the class practice our oral and writing skills. We often read characters off the Smart Board and practice translating. Then for character practice we all get mini white boards and learn the stroke order."

Jake – "My teacher has helped me immensely with the grammar portion of French because grammar was something I previously struggled with."

Vincent – "They have helped me by speaking mostly only Spanish during class."

What would you tell other students who are selecting languages to study about your language of choice?

Sasha – "I would say it's not easy but it's is a lot of fun. Memorizing the characters, pinyin, English translation and the grammar structures can be a lot but, it's an amazing language to learn."

Vincent – "They should pick a language that they will be able to use in the future. I'd tell them that they should take Spanish because you can find a Spanish speaker almost anywhere you go."

Were you nervous about the contest? Were you confident in your ability going into it? Was the outcome for you a surprise?

Sasha – "I have gone to the contest two times already so I wasn't too nervous. I felt pretty good about the competition going in. I didn't know what the outcome would be so yes, it was a pleasant surprise."

Jake – "I was very nervous before the contest and did not expect to move far. However once I sat down and heard the questions, I felt more at ease."

Vincent – "Yes, I was nervous to speak in front of the small audience."