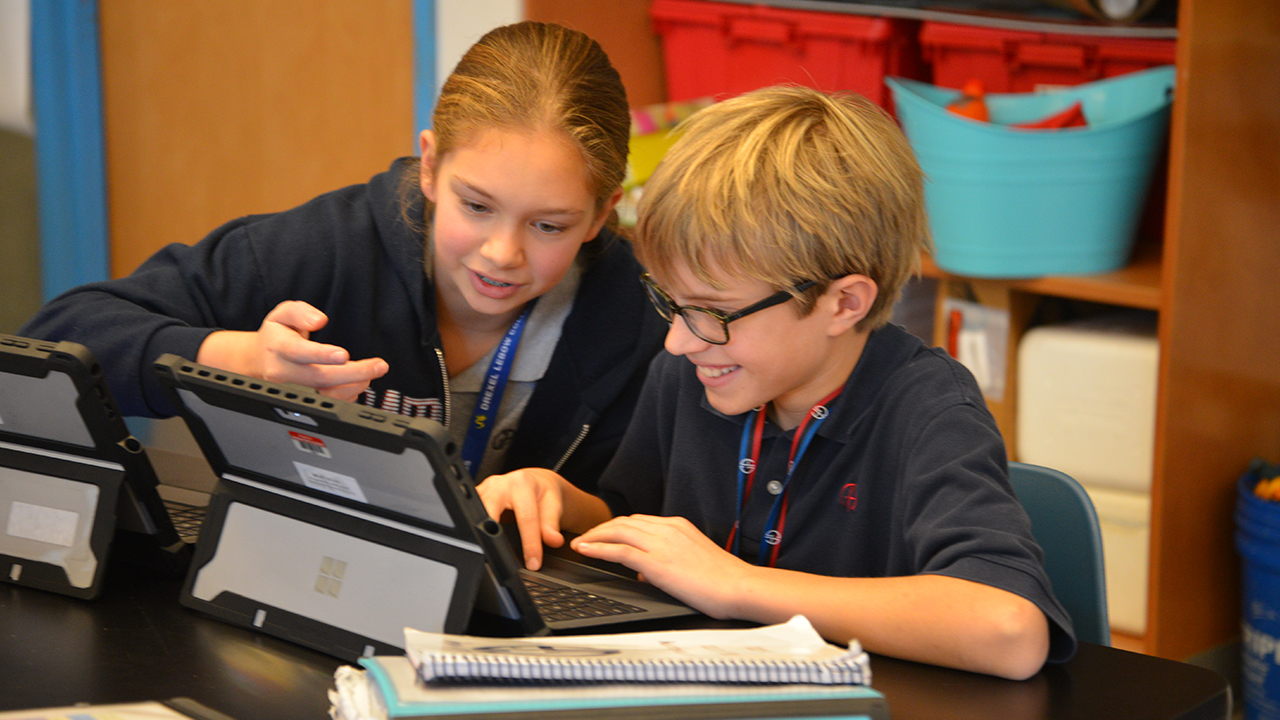 
Sixth grade students were introduced to CoSpaces Edu during science classes. CoSpaces is a programming and 3D modeling tool that allows for the creation of interactive 3D, AR (Augmented Reality), and VR (Virtual Reality) spaces. The students learned how the environment worked, how to add 3D models to their worlds, and how to make them animated and interactive. Sixth graders are currently using Cospaces to make three dimensional models of their solar cars, and next month they will have the opportunity to use the program to make cell models.

Seventh grade students were treated to sessions with Upper School AP Computer Science Principals students. The Upper School students demonstrated their data visualization projects, talked a little bit about the coding involved, and what they learned about the design and development process. Students asked questions about the challenges Upper School students faced in creating their programming, finding interesting data sets, and their experiences in computer science before signing up for Mr. Oswald’s class. Seventh graders learned that this was a truly creative project with the ideas being generated and refined in rough draft form, and the coding used as a tool to realize their visions.

Eighth grade students received a "big picture" introduction to three big Computer Science concepts in two different languages: functions, conditionals, and loops. These ideas were explored through real world analogies first, then demonstrated in code. By the end of the lesson, the class was using all three to draw polygons of an arbitrary number of sides. 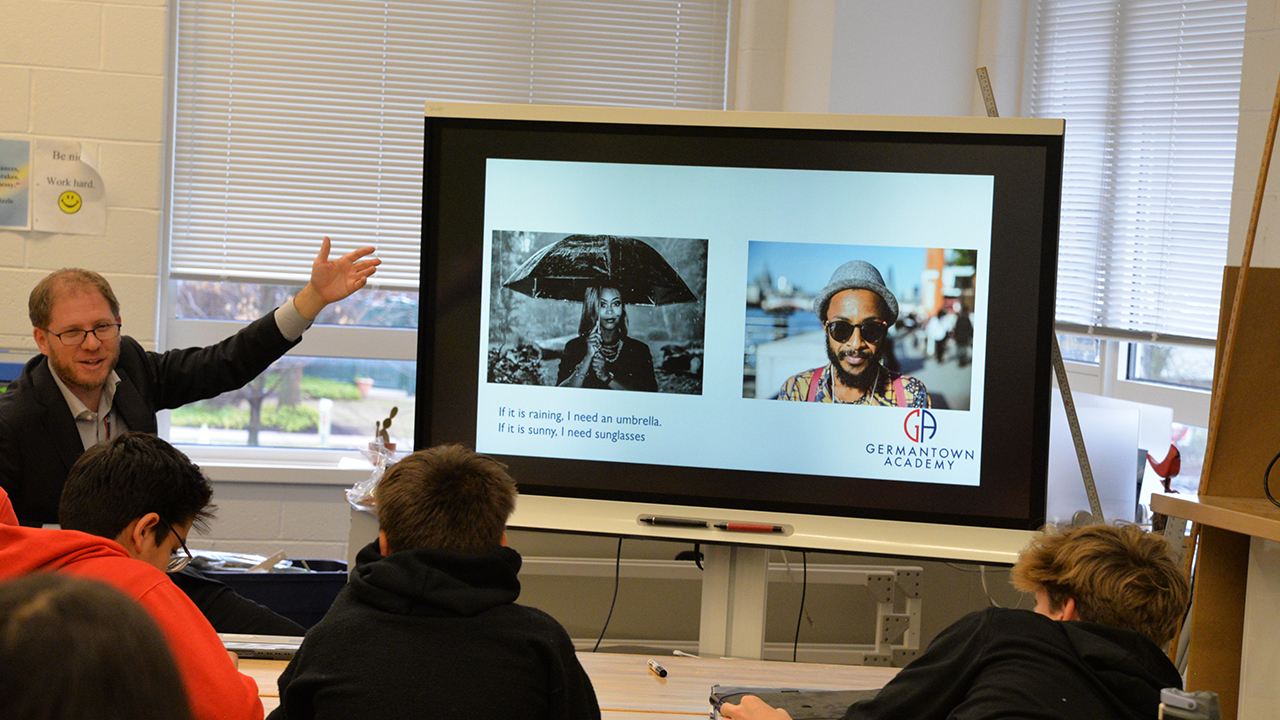 "There were so many highlights from the week," said Oswald. "The interaction between the seventh graders and my AP students was phenomenal, with insightful questions and thoughtful responses. I also got a kick out of seeing the high-level of engagement and excitement from the sixth grade science students as they constructed interactive 3D worlds while learning how to use CoSpaces. Lastly, as the eighth graders and I wrote a program to draw polygons with an arbitrary number of sides, having the inevitable and exploratory question come up, 'What happens if we draw one with a thousand sides?' and seeing the burgeoning notion of calculus emerge when they realize it looks like a circle. In short, seeing the Middle Schoolers realize, with excitement and wonder, that computer science can be used as a tool to gain understanding about their world was the highlight."