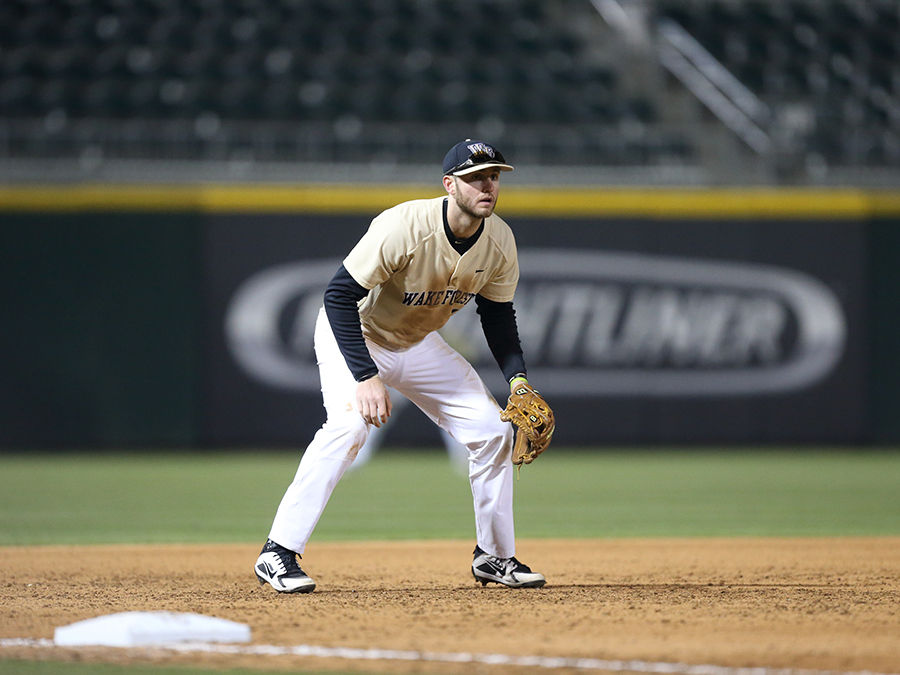 WINSTON-SALEM, N.C. – Germantown Academy graduate Johnny Aiello '15, who just completed his junior year at Wake Forest University, was selected on the final day of the 2018 MLB Draft on Wednesday, June 6, 2018. Aiello was picked by the Toronto Blue Jays in the 14th round with the No. 416 overall choice.

"John Aiello was born to be a professional baseball player," said Demon Deacons Head Coach Tom Walter. "I have never coached a player who was more intentional in his work, more dedicated in his pursuit of excellence or more committed to being the best possible version of himself on and off the field. He has been a wonderful role model for our younger players and the consummate teammate. It's been an honor to coach him."

Aiello, who is planning on signing with the Blue Jays according to Wake Forest Associate Director of Athletic Communications Jay Garneau, has started 174 games since arriving in Winston-Salem for the 2016 campaign. He has a .266 career average with 35 homers and 113 RBIs in his three seasons.

This year, Aiello, who started 56 of 57 games at third base, tied for the team lead with nine homers and also had a team-high 40 RBIs. He was 10-for-10 in stolen bases, becoming the first Deacon to be perfect in 10 or more attempts since 2008. Aiello finished with a .231 batting average, including five doubles, a triple, and 25 walks, to go along with a career-best .959 fielding percentage.

Aiello was named a Consensus Preseason All-American and also named to the Golden Spikes Award Preseason Watch List prior to the 2018 campaign.

After a breakout sophomore season, in which Aiello had a .328 average (17 doubles, 20 home runs, 53 RBIs, four stolen bases) over the course of a 63-game campaign, the GA product earned Second Team All-ACC and ABCA First Team All-Region honors. He was also a member of the USA Baseball Collegiate National Team that year.

As a true freshman, Aiello played in and started 55 games. He finished the year with a .226 average, 12 doubles, six homers, and 20 RBIs.

Coming out of GA, Aiello was rated as the No. 71 high school recruit in the nation by Perfect Game as well as the No. 3 prospect in Pennsylvania and No. 11 middle infielder.