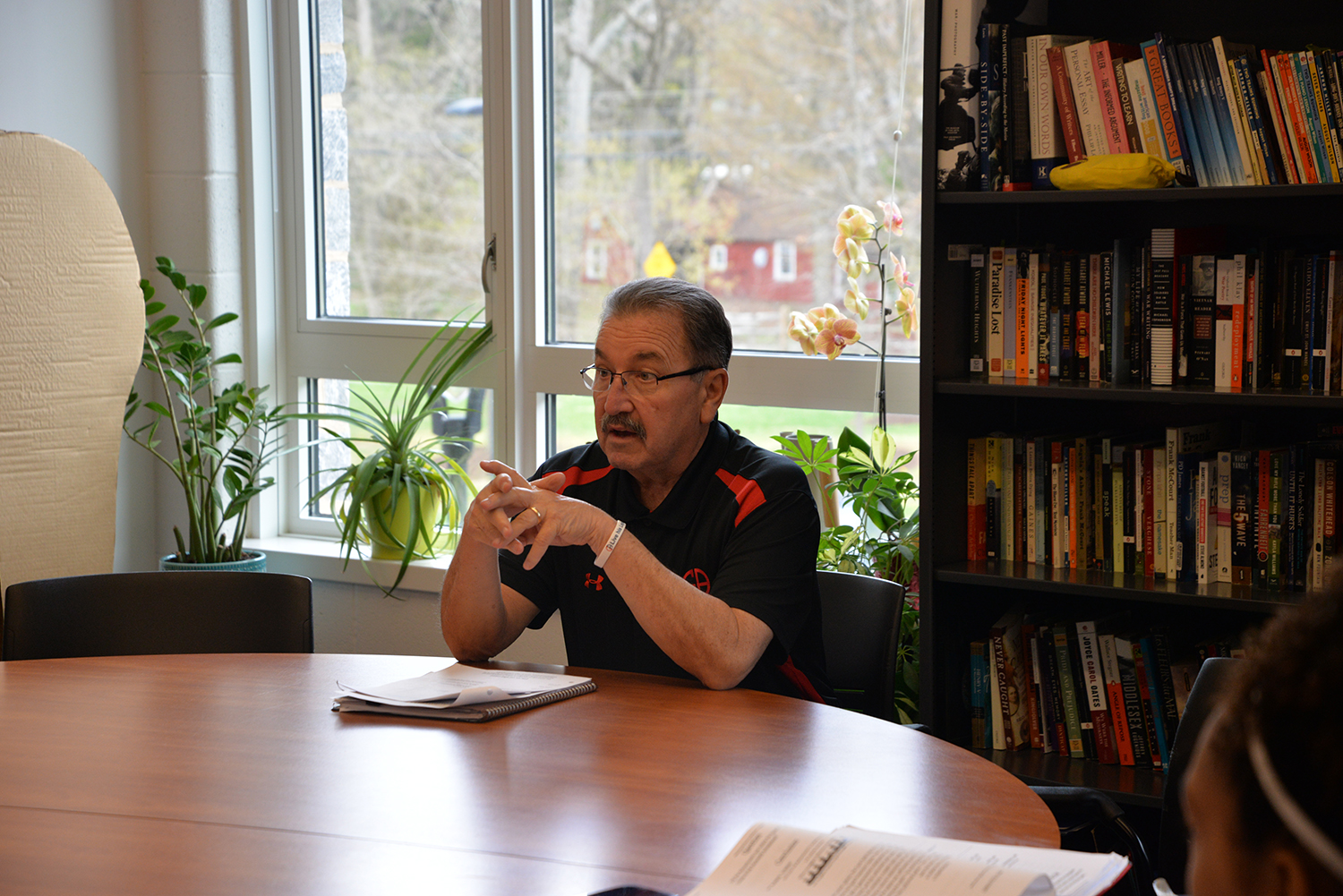 I write with old news, not new news, not really bad news or sad news, but big news, GA-changing news, truly breaking news…news that breaks the heart. Our friend and colleague, Jim Fenerty is retiring from teaching and coaching, and that is hard news to hear.

But hear it we have. In the past months, since Jim announced his retirement, all sorts of media outlets have touted his numerous achievements as an award-winning, record-breaking, multiple halls-of-fame-inductee coach and teacher and cited numbers, lots of numbers, numbers to be proud of. 626 wins. Good for you, Jim. The winningest coach of all since the creation of the game. (Don’t they give an award to someone who has sat through every single game? At least that’s how I feel sometimes!)

Well, no matter the adulation that has already been broadcast far and wide, we still want to give Jim a true GA goodbye and put it in print for all of you to see. Let it be known that Jim Fenerty created not only championship varsity boys’ basketball teams but also the Saturday Morning Basketball Program that taught skills, built enthusiasm, and provided a place for the very youngest GA hoopsters to learn from the older boys, their basketball idols, develop as players, and eventually come back to the gym to keep the circle going.

Jim also considers it a feather in his cap that soon after becoming the Athletic Director at GA, practicing that powerful Patriot perseverance, he convinced our rival Quakers to expand the GA/PC football and boys’ soccer games, into a full day of competition that includes all of the boys’ fall teams as well as the girls’. Imagine that. Well done, Jim!

Let it be known as well that Jim Fenerty taught life lessons not only on the court but in the classroom, too. Any student taking Civil Liberties (Civ Lib around here) would learn the art of critical thinking, the skills of debate, the power of listening, and the importance of perspective in understanding and negotiating the world.

Newsflash: Jim Fenerty plans to remain connected to GA by sharing his expertise with student-athletes under the auspices of the College Counseling Department. Additionally, he intends to sit on the Board of Coaches vs. Cancer, an organization near and dear to his large, compassionate heart.

Yes, it is news to no one that over the past thirty years Coach Fenerty has been a powerful presence at Germantown Academy and in the world of Inter-Ac athletics, a mighty force.  Now, the very good news, indeed, is that his influence will be felt for decades and beyond.

Jim, we salute you and thank you for a really exciting game!

PS - the entire GA community is invited to attend a retirement celebration given by Fenerty's Family on Sunday, June 9 from 3-7pm at MaGerk's in Fort Washington. RSVP by May 25 to Erin Fenerty (erinfenerty@gmail.com)