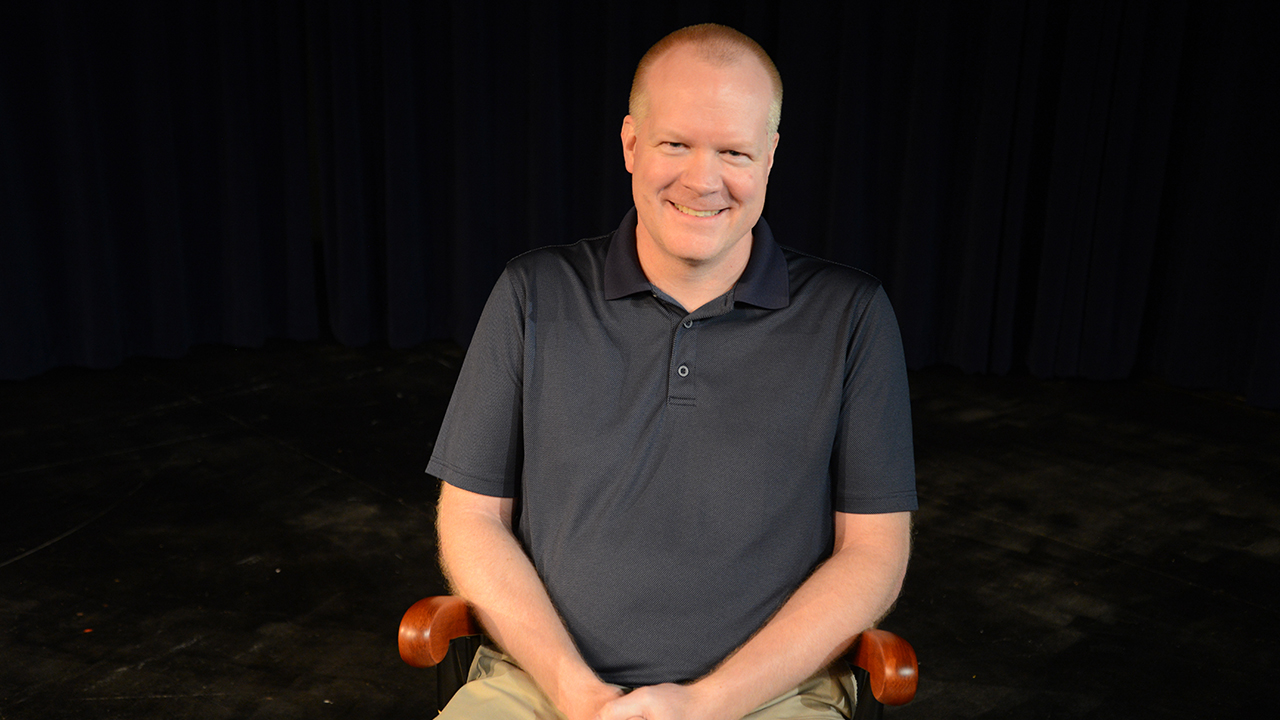 "Teaching mathematics is not a job for just anyone—in fact, according to the writers at Pixar Animation Studios, it’s a challenge even for a superhero. Consider the following scene from the 2018 movie Incredibles 2. Mr. Incredible—you know, the guy who can stop a runaway train with his bare hands—sits at the kitchen table, helping his son, Dash, with his math homework. He scribbles furiously on a small notepad, his pencil scratching loudly on the crisp white page. Crumpled pieces of paper representing previous failed attempts litter the table. Dash looks up from his math book: “That’s not the way you’re supposed to do it, dad. They want us to do it this way.” He holds up the book. Mr. Incredible is incredulous: “I don’t KNOW that way! Why would they change math? Math is math!” He points pointedly at the table. “MATH IS MATH!” Dash: “It’s okay, dad. I’ll just wait for mom to get back.”

"Fortunately, Mr. Incredible does not teach math at GA. But today, I am honored to speak about our very own superhero math teacher, and to present The Claire and Jeffrey Black Family Endowed Chair for Excellence in the Teaching of Mathematics to this teacher. Allow me to list a few of this teacher’s superhuman feats from his 23 years at GA.

Building a chess team from scratch and coaching them to a third place finish at the Pennsylvania State Championships just a couple of years later? Sounds incredible.

Using his musical talents to entertain us at functions like the recent faculty/staff happy hour? Now that is truly incredible.

Many of you have by now discovered the secret identity of our superhero math teacher: Of course, it’s kind, generous, mild-mannered Jason Straub (1760). But I haven’t yet mentioned what is most incredible about Jason: his thoughtful, innovative, intense, “don’t just talk about it, put your money where your mouth is and do it” pursuit of excellence in teaching mathematics.

By all accounts, Jason is both a learner and a doer. Former Upper School Mathematics Department Head and GA legend Marcia Wexler noted that he spends every summer “either going to workshops or reading up on the best trends in the world of teaching mathematics.” In a nomination for this award, an Upper School colleague wrote:  “He reads avidly on best practices in teaching and learning mathematics and models those practices in his classroom.” Another nomination described Jason as a “teacher model of academic risk-taking” and praised his “willingness to ask questions about curriculum, envision solutions, and achieve them.” According to yet another colleague, “he quietly goes about the business of thinking of the best ways to teach mathematics and then tests his assumptions.” Teaching math is not an abstract problem for Jason; he thinks about what students really need—both for their brain development and as a foundation for future study. Jason has implemented both problem-based learning and standards-based grading in his classes, seeking to create an atmosphere that encourages a growth mindset in his students. He really cares about his students, connects deeply with them, and strives to meet their individual learning styles. Of course the students love this incredible teacher.

Jason’s approach to learning and teaching is contagious. A member of his department noted that he leads by example and “inspires his colleagues to consistently push outside their comfort zones so that they can best meet the needs of all students at the Academy.” Another Upper School math teacher described Jason leading through collaboration, “soliciting input from his peers, allowing time and space for thought, and encouraging innovation and experimentation.” As a department head, he dedicates an impressive amount of time and energy to observing teachers and providing opportunities for them to explore and discover mathematics themselves. GA’s recent move to a problem-based model for all Geometry classes is a perfect example of Jason’s academic leadership. He was the driving force behind the idea and implementation from start to finish. After piloting his own problem-based Geometry class for two years, he shared course materials and insights from his experience with other teachers who were eager to follow in his footsteps. He also helped to organize professional development for them as they prepared to teach Geometry in a radically different way. You might say that Jason has “changed math” at GA.  Incredible indeed.

As I prepared to speak today, I asked Rich Schellhas to share some thoughts about Jason, and he wrote, “Jason’s ability not just to think outside-the-box but to upend the box or even convince us there never should have been a box in the first place sets him apart as a thinker, teacher, and learner.” I can’t say it better. How fortunate we are to have this superhero among us.

Please join me in congratulating this year’s recipient of The Claire and Jeffrey Black Family Endowed Chair for Excellence in the Teaching of Mathematics…GA’s very own Mr. Incredible, Jason Straub.