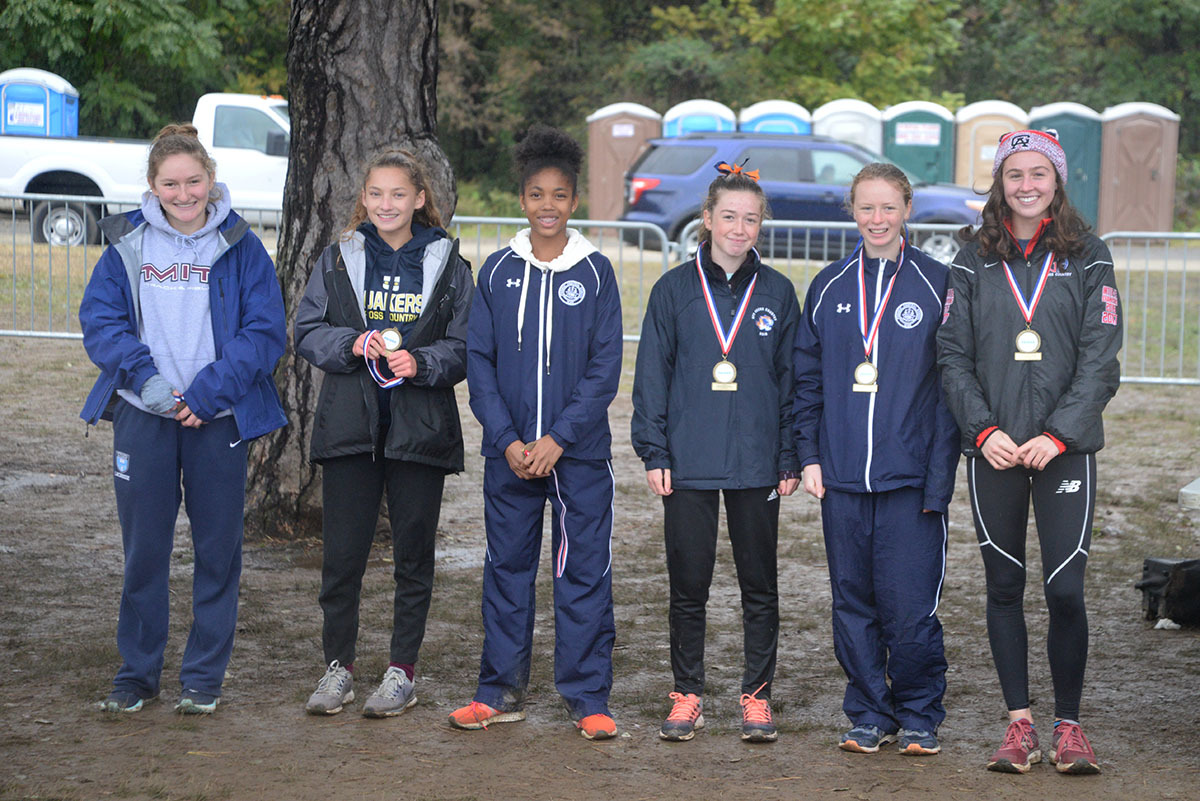 "Issy ran one of the best races of her life," said Head Coach Judy Krouse 1760. "For her to continue to be so strong was really an inspiration to everybody today. She's been fighting for this for a long time. Today was everything Issy's been working for since her freshman year."

Goldstein's time at states was actually faster than the one she put up at the Inter-Ac League championship. Her finish was also better, as she placed second at Inter-Acs.

The junior said she went into the race thinking that she had a chance, but knew the competition would be tough. However, she was able to power through.

"I just really tried to maintain contact today," said Goldstein. "That's something that got away from me at Inter-Acs. In the woods at Inter-Acs I kind of let the girl who finished first get away from me, but this time I just maintained contact and did my best."

Overall, the Patriots finished fourth at states and third at the Inter-Ac League Championship.

"I thought everyone had a fantastic day," said Head Coach Judy Krouse 1760. "We got fourth place, which is above where we were predicted to be. I'm really, really proud of them and everything they did today."

In addition to being proud of the team, Krouse deserves to be proud of what she accomplished also. During the award presentations, Krouse was named Girls Coach of the Year for the 2017 season (voting takes place the following January after every season)..

The final race on the schedule for Germantown Academy takes place on GA-PC Day (Nov. 10). That race is scheduled for 10:00 am.