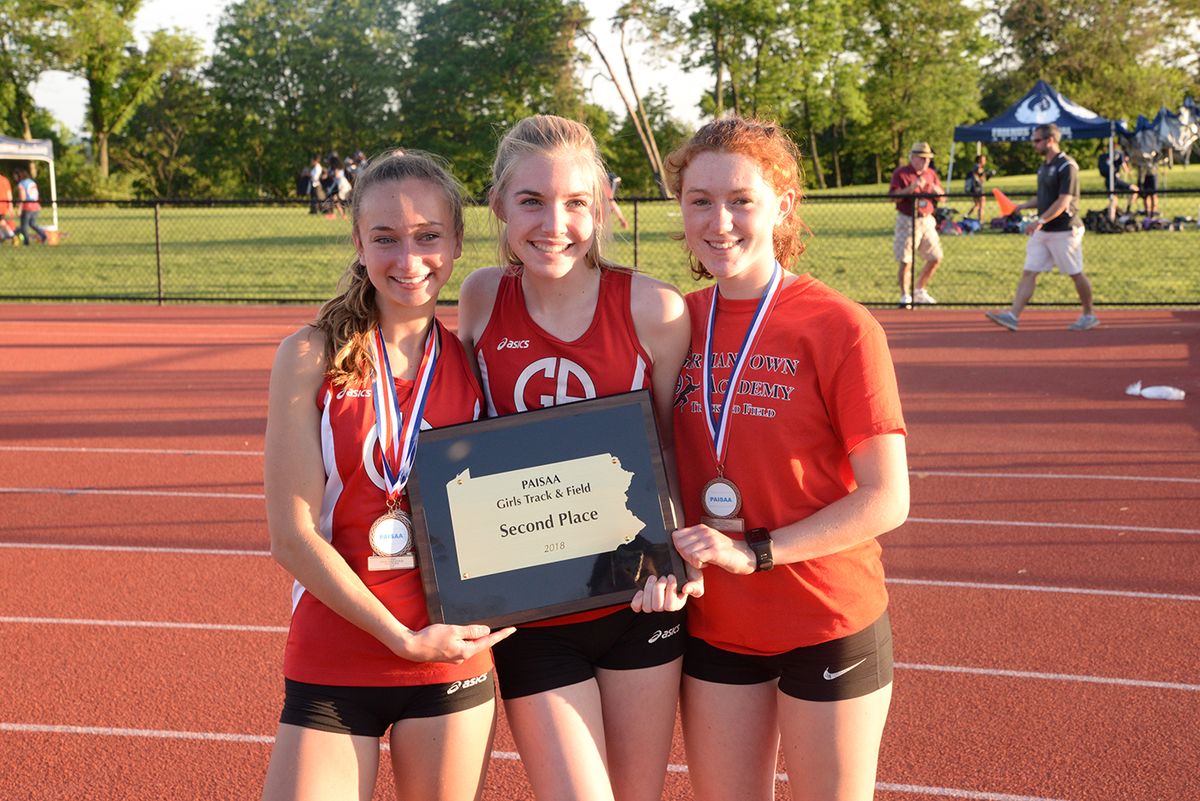 POTTSTOWN – Points came from every possible direction for Germantown Academy at its Pennsylvania Independent Schools Athletic Association Championship on May 21. Entering the final few events, the Patriots sat in third place, but ultimately ended the day by edging out The Hill School for a second-place finish.

The finish was a small surprise for Head Coach Peter Jennings '99. He knew the team was in contention for being on the podium, but did not know where exactly they would fall.

"As the afternoon wore on we started to feel like we were getting closer," Jennings said. "I just handed out so many medals. That helps a lot in meets like this. If you can score in the top, you're usually doing pretty well."

Jennings went on to talk about a few athletes that stood out and the first one he named was Meaghan Toscano '20. The sophomore led the girls side with 30 points after placing first in the discus (123' 7"), javelin (114' 2") and shot put (43' 8.75"). Toscano set PAISAA records in the discus and the shot put.

However, she was not the only thrower earning points.

For many of the members of the track & field team, the PAISAA meet was the last one of their high school careers. Jennings acknowledged this while also looking to the future.

"It was hard in our team meeting, realizing we were saying goodbye to some of them," Jennings said. "Kelsey has put herself firmly into the record books for a long time. You just hope with athletes like that that it is a legacy that continues."