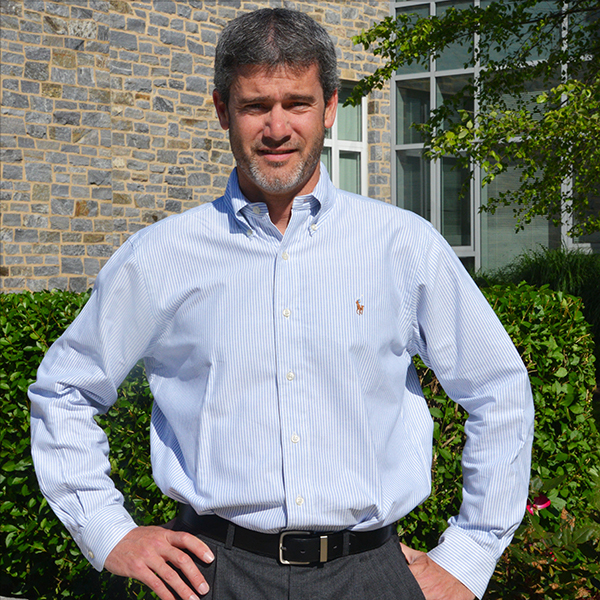 FORT WASHINGTON — Germantown Academy Athletic Director Josh MacArthur has announced the hiring of Kurt Wetzel as the new Head Coach of Boys Soccer. Wetzel is a 1988 graduate of Germantown Academy and has been a teacher in the Lower School for the past 15 years. Wetzel will provide general oversight to the entire 6-12 boys soccer vertically aligned program.

"I could not be more excited to have Kurt as our Varsity Boys Soccer Coach," said MacArthur. "Throughout the search process, Kurt differentiated himself with his thorough understanding of GA, his loyalty to our soccer program and genuine passion for teaching. As a current member of our faculty, Kurt brings immediate stability to our program. He has consistently proven himself by making life-long connections with many of our students, and I know he will develop similar relationships throughout our soccer community."

Wetzel has been coaching soccer at GA for various teams since 2003. He served as the boys varsity assistant from 2010-15, and the past two seasons, he has coached the boys junior varsity team. He has been a presence with the Whitpain Recreation Association Travel Soccer program, serving as coach for both boys and girls teams since 2009. Wetzel has also headed up the GA Summer Programs soccer camp as coach and director since 2003. He has been involved since 1993 as a player, manager and league president of the Germantown Academy Alumni Team in the Philadelphia Cricket League – the oldest soccer league in the country – and currently plays for the Colonial Soccer Club Over 30 team.

"I am honored to take on the responsibility of leading the boys soccer program," said Wetzel. "As a teacher and coach I have had the privilege of working with students in all divisions at GA over the last 15 years and my relationships with students and parents has allowed me to build a culture of honor and respect in the classroom and on the playing field. This new opportunity will allow me to continue my work in developing hard-working student-athletes who respect their teammates, opponents, and the game. I look forward to helping the athletes to become confident and collaborative young men on the field, while developing teamwork and leadership skills that will carry far beyond the playing field."

He earned his Bachelor's degree from Lehigh University and has a Master's from Arcadia University. Wetzel currently teaches fifth grade in the Lower School at Germantown Academy.

Wetzel replaces two-year head coach Brendan Sullivan. In 2017, the Patriots finished 5-13-1 after falling to Kiski School in the first round of the PA Independent Schools Athletic Association Championship.