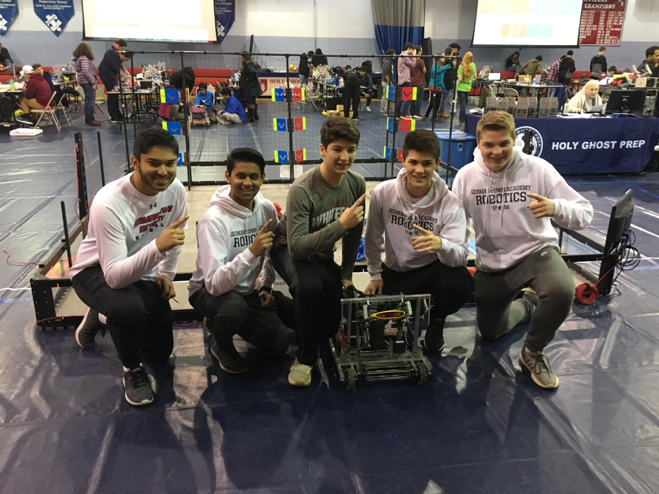 On Saturday, Feb 2, 2019, the GA VEX Robotics team came in second place at the VEX Firebird VRC Winter Competition, which featured 22 teams. The team was in second place after the first six rounds, won the quarterfinal and semifinal rounds, and then fell in the finals. The team qualified for the State Competition to be held on March 2, 2019.