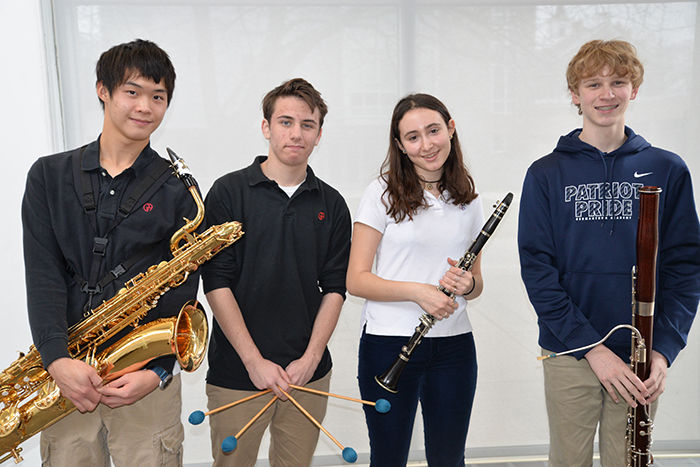 On Saturday, December 9, a record number of Germantown Academy musicians from the Upper School's Symphonic Band and String Orchestra auditioned for the Pennsylvania Music Educators Association's District 11 Band and District 11 Orchestra. In total, 29 Upper School students traveled to Upper Dublin High School to compete against some of the finest musicians from Montgomery County and Bucks County. All in all, over 700 student musicians from public and private schools throughout District 11 auditioned where they performed a professional level repertoire specific to their instrument for a blind judging panel, which was the culmination of six months of preparation.

"Always looking to expand ourselves as artists and technicians on our instruments, learning some of the best repertoire ever composed for our instruments is its own reward!" said All-School Band Director Jeremy Correnti. "Performing it in an audition setting however is an act of true grit and perseverance. Students expand their artistry as musicians, but also get to know themselves in a deeper way as citizens of the world. At the end of the process we have all learned more about ourselves. How we react under pressure, how we approach a daunting task, how we take the information the judges give us to further expand our artistry, how we avoid having the audition define us as artists, but how it helps us adjust and persevere under pressure."

You can see these outstanding young artists perform at the following festivals!