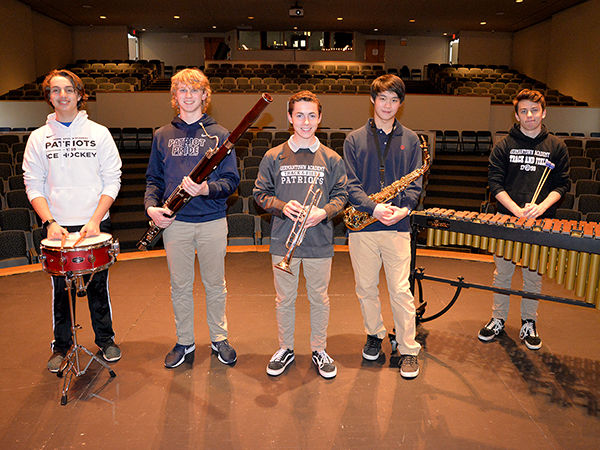 Every year, on the second Saturday of December, Germantown Academy Upper School Honors musicians compete in the Pennsylvania Music Educators Association District 11 Band/Orchestra Auditions. The competition includes musicians from all public and private schools in Bucks and Montgomery counties, and is for a chance to sit in one of the finest student music ensembles in the state.

"We are so proud of the hard work, perseverance and confidence that our musicians displayed on that day," said All-School Band Director Jeremy Correnti. "All participating Honors musicians worked with their private teachers towards mastery of a professional level Concerto or Sonata and had a true test of their grit as they performed these pieces for the PMEA judges."

What is particularly exciting is that the GA students broke some school records with SIX GA musicians landing top spots in BOTH District Band and District Orchestra!

"Learning professional-level music is a long and difficult process, and performing for adjudication makes for a stressful day," said Correnti. "A hearty congratulations to all GA musicians who took part in the audition, and especially those who had such astonishing success!"