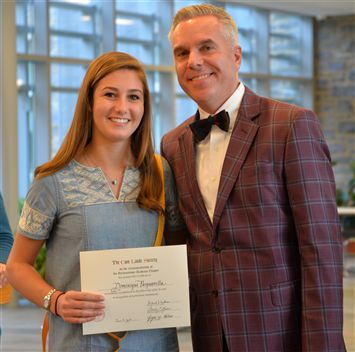 The group recognizes the members of the graduating class who, throughout their Upper School careers, embody the Society's mission to promote excellence, justice, and honor. The Society inducts those students demonstrating a superior academic record in the most rigorous coursework, a deep commitment to integrity and a strong adherence to the GA Honor Code, and a passion for learning both in and out of the classroom.