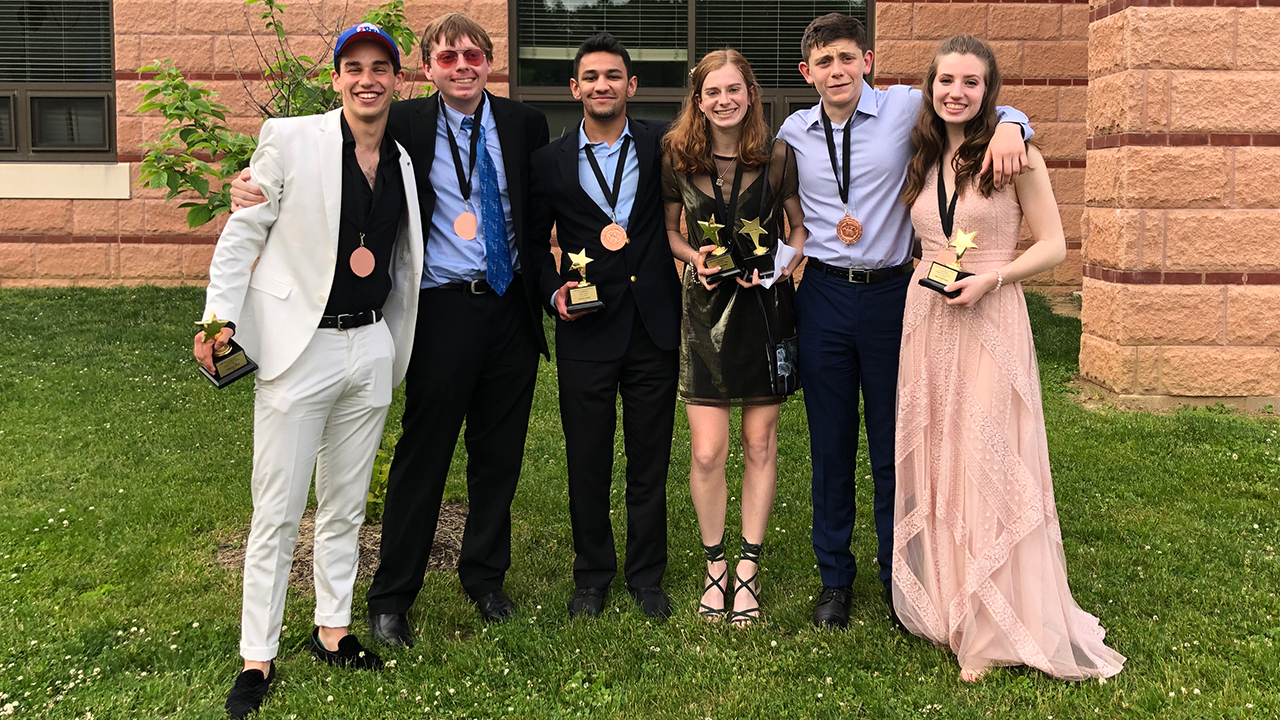 "This whole group, casts and crew, embraced the challenge of a fast-paced physical farce, and had a blast doing it," said Belfry Club Director K. Richardson. "The best reward was having full audiences enjoy it—big shout out to the Superfans! Recognition from the Greater Philadelphia Cappies was truly icing on an already sweet cake!"

The Cappies (Critics and Awards Program) is an international program for recognizing, celebrating, and providing learning experiences for high school theater and journalism students and teenage playwrights. There are currently 13 Cappies programs in the United States and Canada, which range in size from five to 55 participating high schools. Within each program, every participating high school selects three to nine students for a critic team. After receiving extensive training in theater criticism and review writing, they attend plays and musicals at other high schools in their area. They write reviews on deadline. Volunteer teacher-mentors lead discussions and select the critic-written reviews that are later published by area newspapers, with student bylines.