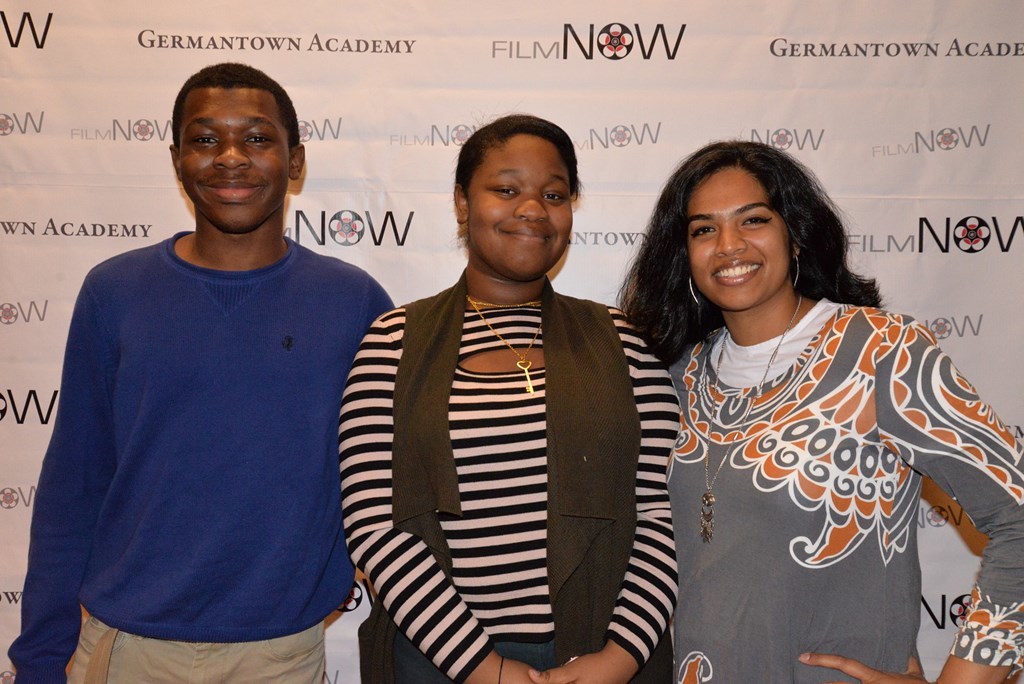 As film titles flashed on the screen at The Ambler Theater, different pockets of the audience erupted with cheers and applause, as many of the local filmmakers featured in the second annual Film Now Festival brought family and friends to enjoy the special screening event on Sunday, April 9.

Increasing regional impact was a key goal for year two of Film Now, an international high school film festival sponsored by Germantown Academy. Adding a Tri-State Showcase allowed five films to be added to the slate of nine category finalists.

Films from Pennsylvania ended up sweeping the showcase, as all five Honorable Mentions came from schools in the Philadelphia region. Each of these films was selected based on feedback from the panel of jurors. Gibby the tortoise quickly became a crowd favorite, and emcee Chris Elwood pitched some creative mashups involving the cute reptile.

The Tri-State Showcase Honorable Mentions were:

Film Now was lucky to have all three of their category jurors return to provide feedback on the eligible films. This year, the festival received 73 submissions from 42 different schools in 12 states and 6 countries.

Tony Pitone '87, who served as the Narrative Juror, is a first assistant editor at Laika Stop Motion Animation Studio, and worked on the 2016 Oscar-nominated animated film Kubo and the Two Strings. Documentary filmmaker Cameron Yates served as the Documentary Juror and is in the final stages of production on a film about a prodigy chef. Natalie Difford oversees the development of filmmakers at Cinereach, and juried the Experimental films. Each stated how impressed they were at the quality of work coming from these high school students.

The category finalists this year were as diverse in technique and subject matter as they were in geography. Winning films came from Hawaii, Florida, Toronto, and South Korea! While some films were created in media classes or summer workshops, others came about with a simple idea and a smartphone.

Finalists were awarded cash prizes for first, second, and third place ($300, $200, $100). Additionally, one finalist also received the overall Jury Prize, selected by Josh Apter '89, founder of The Padcaster, a multifunctional iPad case that transforms the device into an all-in-one mobile production studio.

Josh selected Ruth & Rosie by Katie Mlinek of GW Carver Center for the Arts and Technology as this year's Jury Prize winner. Josh said upon his selection, "Katie's film is outstanding from a narrative standpoint, and the way she lights her shots is beautiful."

Randy Enish of Padcaster was on hand at the screening to present Katie with the Jury Prize, which guarantees her first crack at the new Padcaster Verse, geared toward optimizing the filmmaking power of smartphones.

Mlinek, who is off to the University of North Carolina School of the Arts in Winston-Salem, is actually a two-time finalist of the Film Now Festival. She said, "I've been so lucky to find this festival, and it's meant a great deal to me. Being in this beautiful theater and hearing and feeling the audience's reaction to my film is a priceless experience."

As the curtain goes down on another successful year of Film Now, the high school filmmaking community continues to grow, and the festival is starting to reach its potential as a nexus of creativity and collaboration.