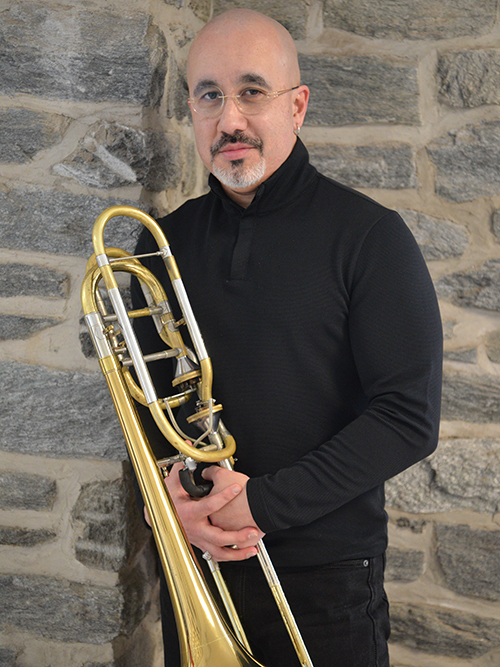 Barry McCommon, a private music lesson instructor here at Germantown Academy, joined the "family business" at age nine when he started to play the trombone.

"I never seriously thought of doing something else," said McCommon, who grew up outside of Washington DC. "My father was in the United States Army Band most of his career where he was a jazz trombone player. My brother is also a professional player."

Most recently, McCommon, a low brass specialist who also teaches at the University of Arts, was given the opportunity of a lifetime when he was hired to play in the pit orchestra of Mean Girls, a new Broadway show which was written by Tina Fey.

"It was surreal," said McCommon. "For non-New Yorkers to get that job is almost unheard of. I love playing shows and musical theatre and Broadway is the capital of musical theatre. I've done many shows over the years, but never Broadway or New York."

While McCommon was trained in classical music at the Curtis Institute of Music in Philadelphia, he had already had a PhD in jazz before he even entered college.

While McCommon will be moving on from GA, he is proud of the fact that he can inspire them with his story. But he can't get away from us too fast! The annual Middle School trip to Broadway is heading to see Mean Girls in May and those participants will now know a familiar face.

"I've had conversations with students over the years where I have told them that all of your musical heroes have thought of quitting," said McCommon. "The process of becoming a musician is really difficult and demoralizing. Now I can give them the idea that they can do it."