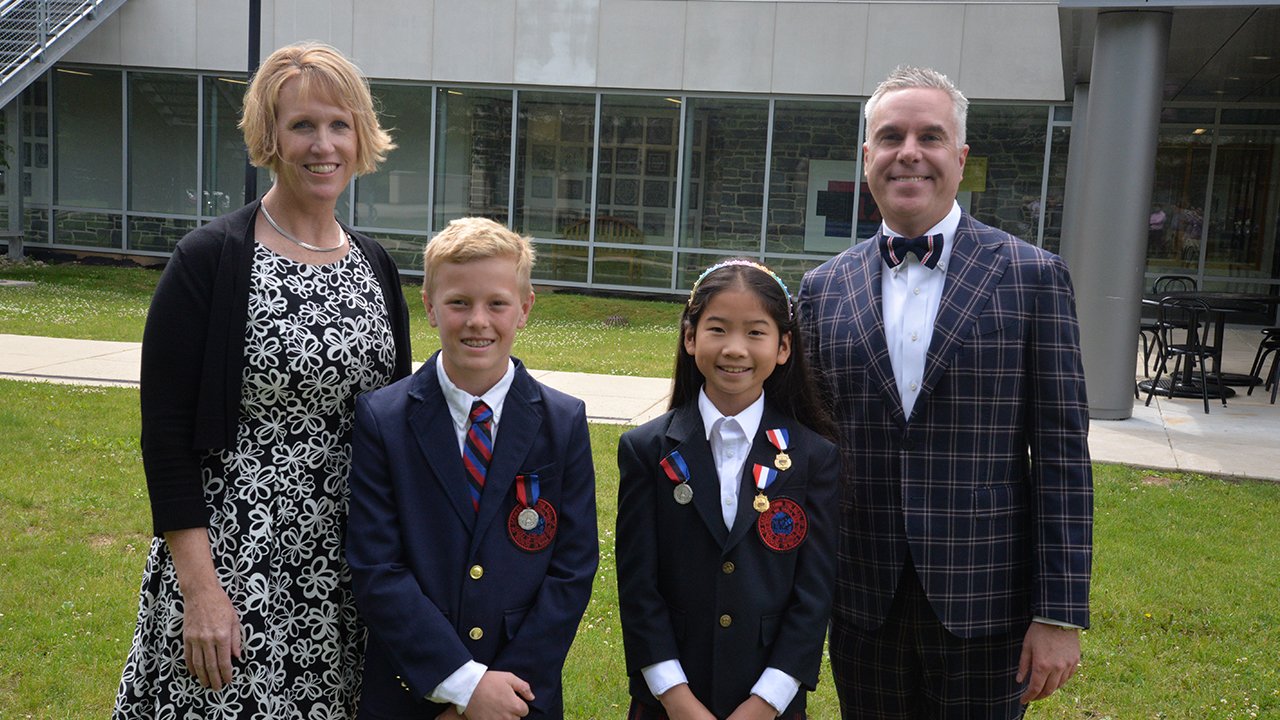 On Wednesday, June 12, 2019, Germantown Academy celebrated the Class of 2026 (fifth grade) at the Lower School Final Assembly, which was held in the Arts Center Auditorium. (SEE PHOTOS)

During the assembly, Head of School Rich Schellhas presented the annual Kershaw Medals to two fourth grade students and two fifth grade students. The Kershaw Medal is named after former Head of School William "Pappy" Kershaw (1877-1915), one of the most important administrators in GA history. The award, for honor, scholarship, deportment and general character, was bestowed upon Cece D. '27, Andrew C. '27, Rebecca R. '26, and Bennett S. '26.

Congratulations to the Class of 2026 as they head across the Quad to Middle School next fall!