Share to FacebookShare to TwitterShare to LinkedInShare to PinterestShare to EmailPrint this page
Belfry Club Performs Into the Woods
June 24, 2021
The award-winning Belfry Club, the nation's oldest, continuously-run high school dramatic club, performed Into The Woods Jr. in the space behind the Arts Center on May 8, May 13, and May 14. (SEE PHOTOS)
"I'm so glad the Belfry students had a chance to get up and do their thing in front of a live audience!" said Belfry Club Director K. Richardson."Both the cast and crew made the magic happen in parking lot."
Belfry Club veteran Rachel Roth '21, who played Cinderella, was a little nervous about performing outside at first, but noted it all came together over time.

"I have to admit, the idea of performing outside made me extremely anxious," said Roth. "I really had to commit to an ever changing process and trust that a full-scale musical would come out of it...no pressure! But once we began rehearsals and developed a routine, all that stress and fear subsided, and things fell into place. Although, the stress of performing live in the outdoors, where weather and nature dictate if we can perform or not, still existed. But of course we adapted and overcame those unforeseen obstacles."
"I love how we did Steven Sondheim’s Into the Woods," added Roth. "Nothing says “comeback” like doing a Sondheim musical fresh in a pandemic. It really was the perfect show to put on, because not only did it fit our cast so well, it was done beautifully in the literal woods and I could not be more proud of everyone who was a part of the process. I consider myself an optimistic person, but at the beginning of this year I did not expect to reflect on a my final musical at GA. This is all because of the bravery and courage K. Richardson, Paul Moffitt, Maria Jackson, and Mr. Masters had to start the conversation of doing a musical in a pandemic. I’m so grateful to have had the privilege of performing for you all for the past four years at GA. Thank you!" 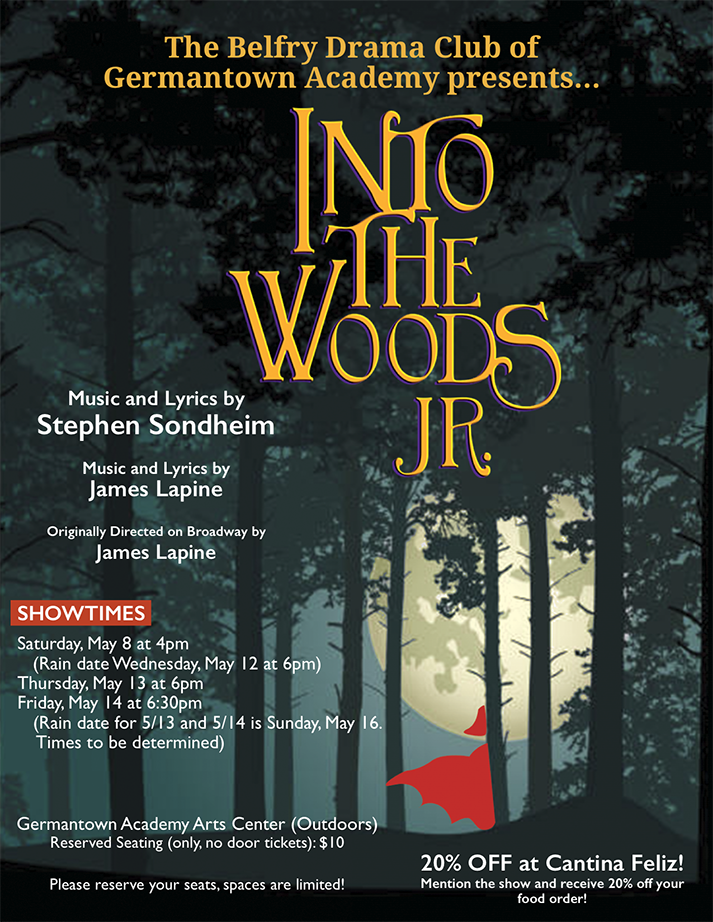