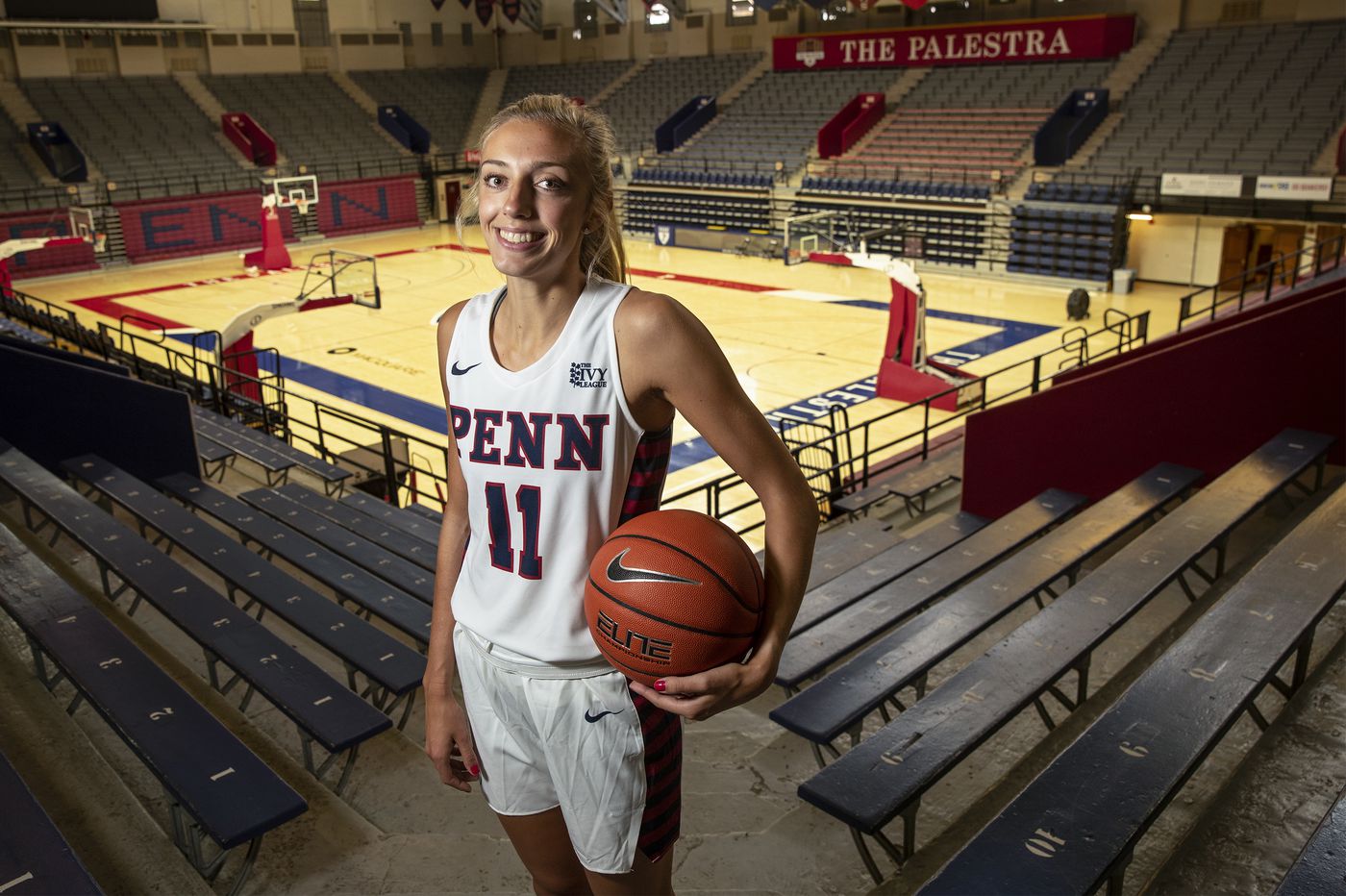 The kid is special. Her coach says it, point blank. Penn women's basketball coach Mike McLaughlin saw how this current group of Quakers players couldn't wait until the fall to elect captains — they needed direction all summer. The team was pushing for a captain in May.

That sentiment might have surprised Penn point guard Kendall Grasela back when she was a freshman, wondering what she needed to do to get in a Quakers game, wondering why all her high-flying Philadelphia Belles travel-team friends were getting lots of playing time at big-time programs while she had to wait her turn. Was this the right place? Sure, it's the Palestra. But was she doing this wrong?

"There are probably 1,600 freshmen in the country. Probably 1,500 are in the same boat," McLaughlin said. "They all played all the time in high school."

Don't get Grasela wrong. She saw the talented players Penn already had in the backcourt. But she'd been with the Belles, as big-time as it gets, and at Germantown Academy, a storied local high school program.

"I was a little nervous, unsure of the environment," Grasela said. "I think you learn very quickly that freshman year is all about learning, ups and downs, adapting to the system, changing your ways, being coachable, really just learning from players who are playing above you."

She can remember her first practice.

"I have 10 siblings, which is a lot," Grasela said of growing up in Huntingdon Valley. "I'm the youngest birth child. I have three younger siblings that were adopted and two older that were adopted. I have a lot of older brothers."

Her hoops career began because she idolized her older brothers.

"Someone came up to my mother, said, 'She comes to every game. We don't have enough girls. Do you think she'd want to play?' I was like, I can be like my brothers!" she said.

Emulating her brothers was one thing. She still created her own style.

"After my first game, I went to Dick's Sporting Goods, I got a hot pink pair of basketball shorts, and I did not take them off," Grasela said. "Like every picture I have from my childhood, I'm wearing hot pink basketball shorts."

She began lying about her age to get in older leagues. She remembers an outdoor league in Fox Chase. What's a couple of years if you can play?

The family was always tight, and growing. If her parents saw a chance to help a child by taking her or him in, they did it.

"I think it definitely gave me a different perspective on life than some of my peers," Grasela said. "I got to see a lot, and how important it is to help people if you can do it."

That help, she saw, flowed in all directions, with all sorts of personalities. It's no wonder she gravitated to being a point guard, getting her teammates their shots. She can remember a practice sophomore year — it's amazing the little hinge points that stick with all of us in our lives — how she was put at point guard, how she made a move and scored right away. It wasn't the play that stuck with her so much as McLaughlin's reaction to it.

"He was like, 'You have to do this every time; you have to look for yourself,' " Grasela said. "I think that was like a big moment."

"You experience it first-hand — OK, people are starting to play off, I'm not getting the passes that I usually get," Grasela said.

The other end of the court was never an issue.

"Coach McLaughlin was always like, 'All right, Kendall, you're guarding the best player.' "

Why wasn't she looking for her own shot immediately?

"I think because I'm a perfectionist," Grasela said. "I analyze everything and have like a number game in my head. I think the best I can achieve, as close to perfection as I can, is getting assists and getting other people involved."

Those numbers would already bounce through her brain, even in middle school. OK, I'm 0-for-5 shooting. What else can I do?

"I hate missing," Grasela said. "Who doesn't hate missing? That willingness to not want to miss led me to be more of a pass-first guard."

Now Grasela, a nursing student, is a senior, and some of her top-scoring teammates are gone. She can't defer anymore. Passing up a shot might not be the selfless move.

Sure, McLaughlin knew Grasela was itching for more time her first couple of seasons before breaking into the starting lineup last season.

"I like the push-back with any kid, who gets it but is not satisfied," McLaughlin said. "Understanding is one thing, but being complacent ... you want them fighting every day. It's only natural for kids to want to play a lot."

Last season, Grasela was third in the Ivy League with a 2.2-1 assist-to-turnover ratio. With increased minutes, that part of her game held up as Penn won the regular-season Ivy title, but the Quakers didn't return to the NCAAs, losing in the postseason league tournament. Now, we'll see what happens with her 3.7-point scoring average.

Within her team, the leadership part of the package already is a given.

"I think I can relate on a lot of levels because I've been through it all," Grasela said, now officially one of Penn's voted co-captains. "I've not played. I've been playing. I'm not afraid to tell someone they've got to try harder, they've got to run harder. Because as a freshman, I had that kind of leadership. I want to be the same kind of captain that I had."

The maturity was there all along, McLaughlin said.

"She has total command of our team right now," her coach said.