Share to FacebookShare to TwitterShare to LinkedInShare to PinterestShare to EmailPrint this page
Alumni at Wake Forest Honor GA Friends
April 25, 2017 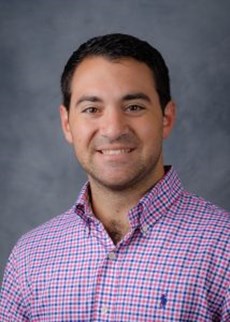 Senior Michael Hanamirian '13 served as the overall co-chair of Wake N’ Shake’s Committee. In his bio, he wrote that he was dancing for Chris Nunes ’14, Bobby Taggart ’16, and Peter McVeigh 1760.

“As someone who has lost friends, Chris Nunes and Bobby Taggart, and most recently, Mr. McVeigh, to cancer, Wake N' Shake reminds me of all of the happy times I've shared with these individuals and fuels how much I want to end this horrible disease,” wrote Hanamirian.

Fellow Patriot Kaela Griswold '15 served as the Corporate Sponsorship Co-Chair of the Executive Board. She also danced for Nunes, Taggart, and Mr. McVeigh.

The Old Gold & Black, the Wake Forest student newspaper, had the opportunity to interview Griswold and Hanamirian following the event:

This year, [Griswold] put her heart and soul into her planning because she was doing it in honor of her Uncle Scott, former high school classmates Chris Nunes and Bobby Taggart and former teacher and mentor Peter McVeigh.

Her uncle Scott passed last week from Non-Hodgkin’s Lymphoma, and she described him as the most knowledgeable man she knows. Even in the hospital, he was studying textbooks. During her high school years at Germantown Academy in PA, two boys, Nunes and Taggart, also passed away after battling cancer.

This “created silence, but also an uproar of community,” she said. 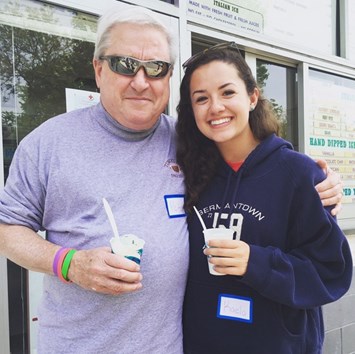 The community grew even closer this past semester when Peter McVeigh, a teacher at the school for 45 years, passed from pancreatic cancer at age 70 on Feb. 7. Griswold described him as her life mentor, source of guidance and inspiration, Poppy Pete and best friend.

“He is the dearest person in my life,” she said.

Their friendship began her sophomore year of high school when she decided to start “KBallet,” through which she taught dance at a local orphanage to kids who had been abused, neglected or orphaned.

McVeigh was the Director of the Community Service Organization and she needed advice; from there they formed a special bond that included many Saturdays helping others and ending the day with mint chocolate chip ice cream.

Two weeks before McVeigh passed, Griswold received a call from Peter’s son, Ian McVeigh ’92, and was able to spend three days with the family in the hospital. Ian told Griswold, “I was his best friend, until he met you.”

After the passing of McVeigh, who was known for calling every student he had ever had on their birthday each year, both Griswold and the school were shaken. Students created a blog on their literary magazine’s website, Academy Monthly, where people who knew and loved him could write tributes, and the funeral was held at the school with over 1,000 people in attendance.

Hanamirian also experienced the loss of Nunes and Taggart, two of his high school friends, and is supporting Wake Forest alum and Lambda Chi Alpha brother Fritts Biesecker in his current fight.