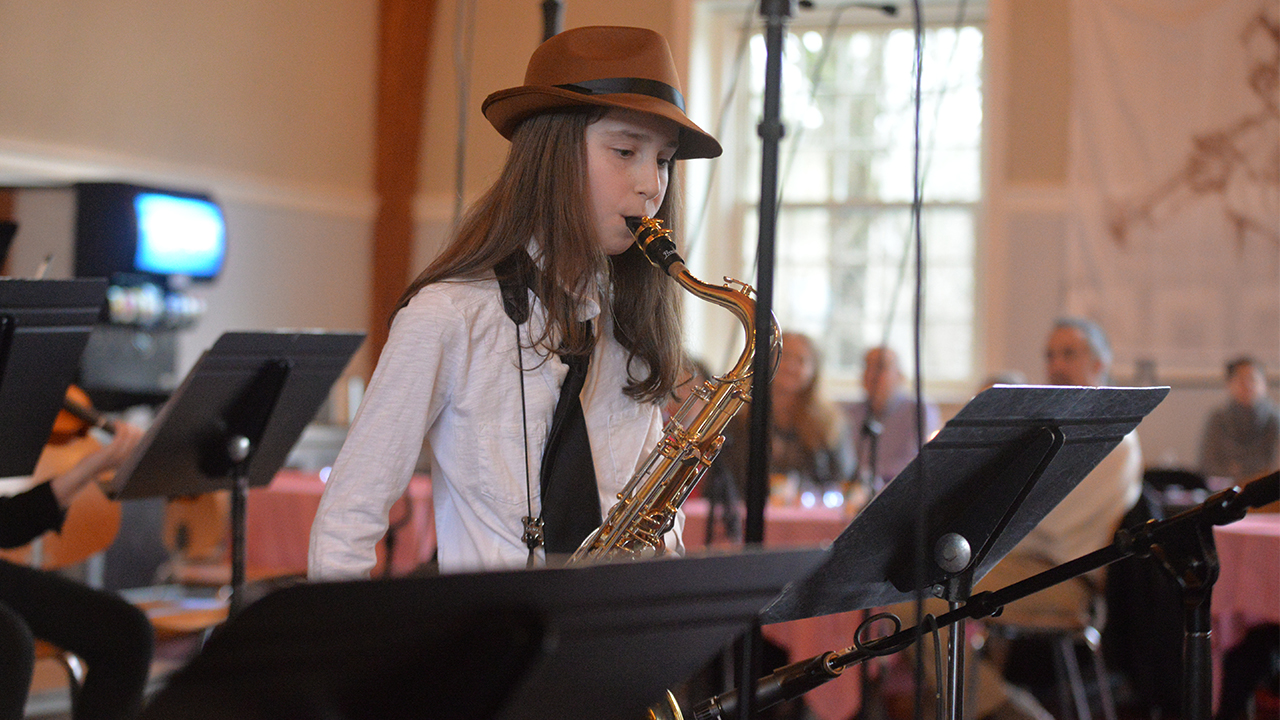 Hundreds came out to hear the beautiful sounds of student music makers from all three divisions at the 9th annual All-School Jazz Cabaret on February 24, 2019. The Jazz Cabaret is in memory of jazz band member Christopher Nunes '14, and is sponsored by the Christopher J. Nunes '14 Endowment for the Performing Arts. The All-School Jazz Cabaret  is led by music department faculty Jeremy Correnti, Matthew Kallend, Chris Horner, Tom Razler, and Charlie Masters. (SEE PHOTOS)

The Lower School Jazz Band performed Seven Nation Army by the White Stripes. Following that they slowed things down with the laid back Havana by Camila Cabello which featured solos by Zachary Z. '26 on French horn, Willie B. '26 on alto saxophone, and Harry G. '26 on piano. The Lower School finished out its set with Uptown Funk by Bruno Mars, which featured a bongo solo by Emerson C. '27.

The Sixth Grade Jazz Band performed You're Welcome by Lin-Manuel Miranda with a solo by Zoe H. '25 on tenor saxophone, and Feel It Still by Portugal. The Man. and Faith from Sing which featured Elizabeth G. '25 on the alto saxophone.

The program was then turned over to the Upper School Jazz Band, which performed Hoe Down by Oliver Nelson with soloists Nick Bekos '20 on piano, Eric Nawrocki '19 on trumpet, and Caitlin Boland-Szura '22 on guitar and Things Ain’t What They Used to Be by Mercer Ellington, with soloists Kenny Gong '20 on alto saxophone and Bekos on piano. Soloists Jack Galloway '22 on trombone and Gong on piano led the group in I Can’t Stop Loving You by Don Gibson before a rousing rendition of Sweet Georgia Brown by Ben Bernie, Maceo Pinkard, and Kenneth Casey with soloists Scott Cho '19 on tenor sax, and Sarah Rojas '21 on trumpet and finished their part of the performance with Getaway by Earth Wind and Fire, with soloists Nawrocki on trumpet, Boland Szura on guitar.