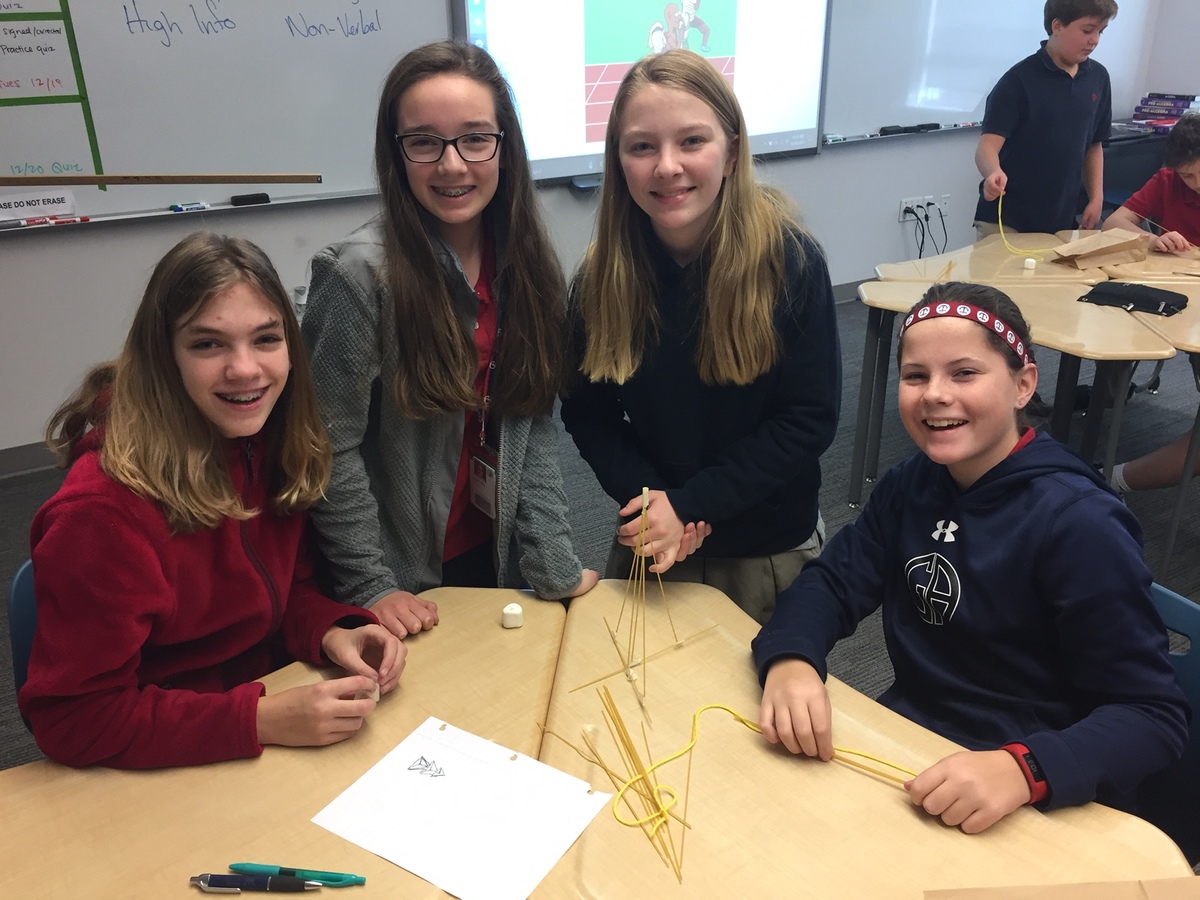 'Lead Lab' is a required seventh grade course that meets once a rotation throughout the year. The foundation of this course is GA's set of seven fundamental leadership skills: Communicating and listening; Solving problems and thinking critically; Seeing and respecting others' perspectives; Taking initiative; Setting goals; Following through; and Learning from mistakes/overcoming adversity.

During the course, students spend the first several class periods learning about leadership, what it means to be a leader, the power of the first follower, and how to be part of a team. The second half of the course is project-based. Students work in small groups to identify a need in the local community, and then reach out and partner with a local organization to address an identified need. The course culminates with a 'Share Afternoon' in May, during which parents and community members gather to learn about the projects. 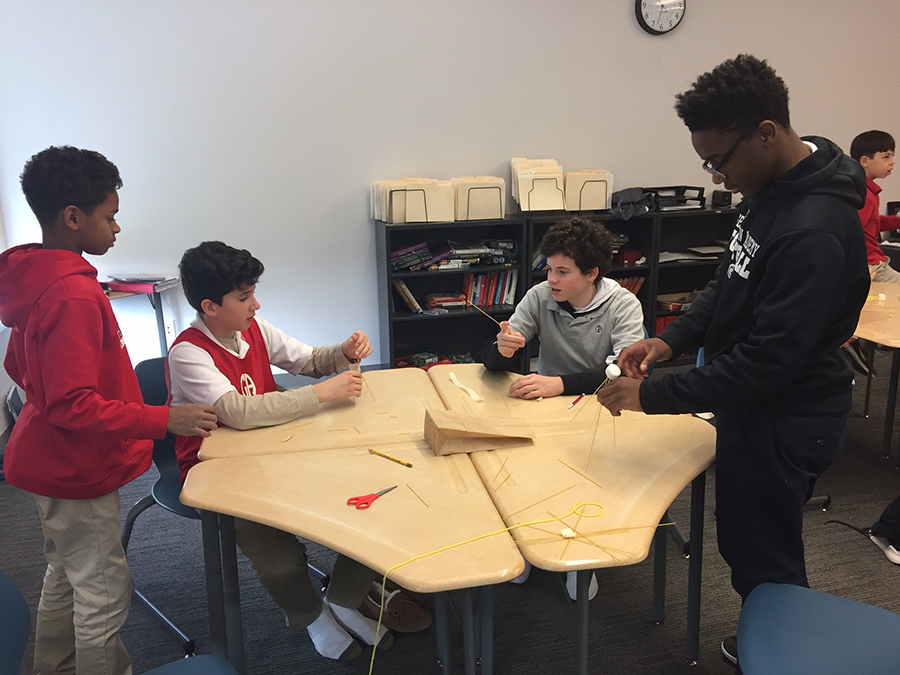 This week's group activity had a "beat the clock" theme as students worked together in teams to construct the tallest spaghetti structure that could support a marshmallow, using only five items: 20 strands of spaghetti, one meter of masking tape, one meter of string, scissors, and that pesky marshmallow. In order to conquer the two-fold task, groups had to make sure their structure was sturdy enough to hold a marshmallow in place, and they had to do it within 18 minutes. As is usually the case, there were several unsuccessful attempts before the winning group used a trial and error method to create the sturdiest structure.

"It's interesting to see who steps up to lead the different activities," said Jay Wright, Head Advisor for the Class of 2022 and one of several Leadership Lab faculty. "The kids are finding out what their leadership styles are and how to use it work together in teams of different students. Having the timed aspect in this exercise made it even more important to listen carefully to each other, so that everyone had a chance to give suggestions in order for the whole group to feel that they contributed."