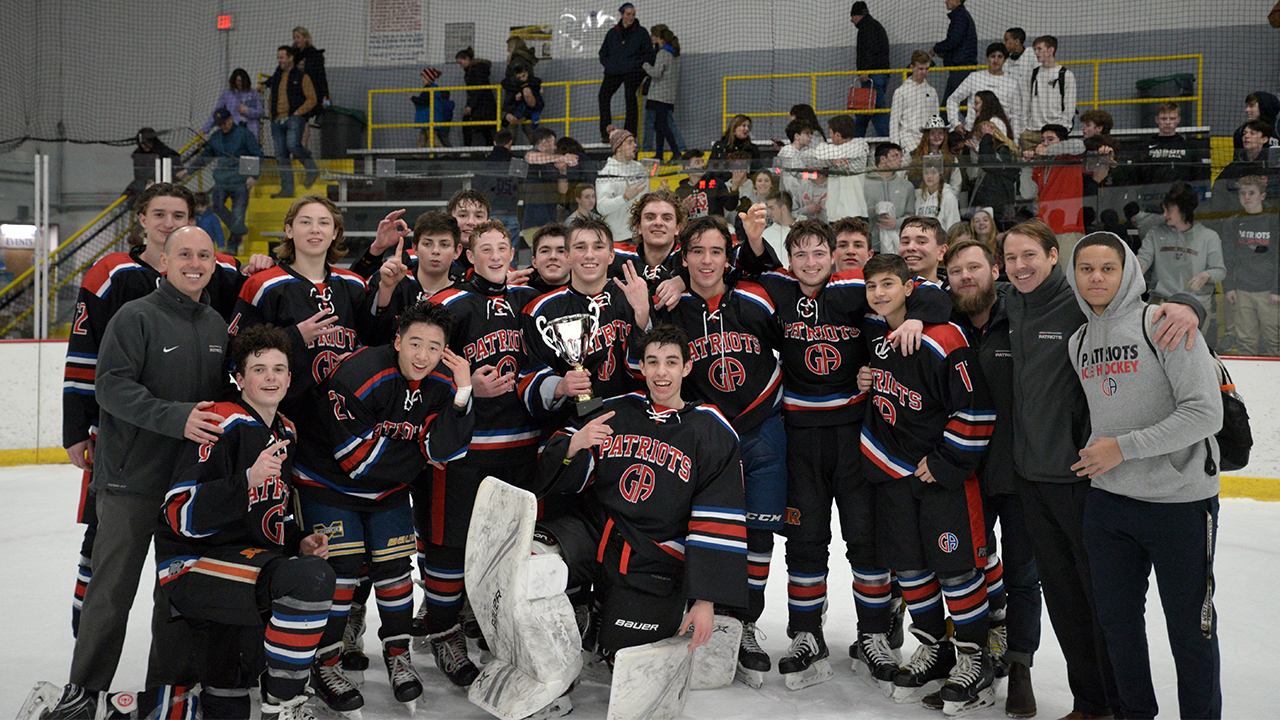 After losing two of their first three games of the 2019-20 campaign, the Patriots, the two-time defending champs, found themselves in an unusual position. Instead of panicking, though, they stayed together and strung together 10 consecutive wins, including a convincing 5-2 victory over Episcopal Academy in the 2020 Independence Hockey League championship game at Skatium in Havertown to clinch their third IHL title in as many years.

"The 2019-2020 ice hockey team was indeed a special group," said Head Coach Matt Rominger. "Their goal from the onset of the season was to claim the league title. To be able to accomplish that goal and celebrate that final victory in front of their classmates, families, and friends is something that I believe this team will always remember; I know that I will."

After losing, 8-2, to Delaware Prep in the season opener and EA, 5-4, in game three there were some wondering if the Patriots could indeed three-peat.

"With the goal set and expectations high, two losses in the team’s first three games had some wondering if we were actually equipped and prepared to do what we set out to accomplish," said Rominger. "These moments proved to be exactly what the group needed as it strengthened our resolve by serving us a dose of humility, challenging the players’ response to adversity and illustrating to the coaching staff areas of our game that we could improve upon.

"The team picked up steam upon its return from winter break and went unbeaten through January and February.  The senior leadership group – Moseley Schwartz, Mark Dobson, Phil Herman and Luke Monahan – was outstanding," added Rominger. "They were instrumental in ensuring that we were on the same page from a hockey standpoint and could successful in executing our game plan. More importantly, they helped ensure the long term success of our team and program by establishing a team culture that was inclusive and accepting.  They should be incredibly proud of their years and the legacy that they leave behind. I will certainly miss this group and feel indebted to them for helping to make my return to coaching the team positive and rewarding."