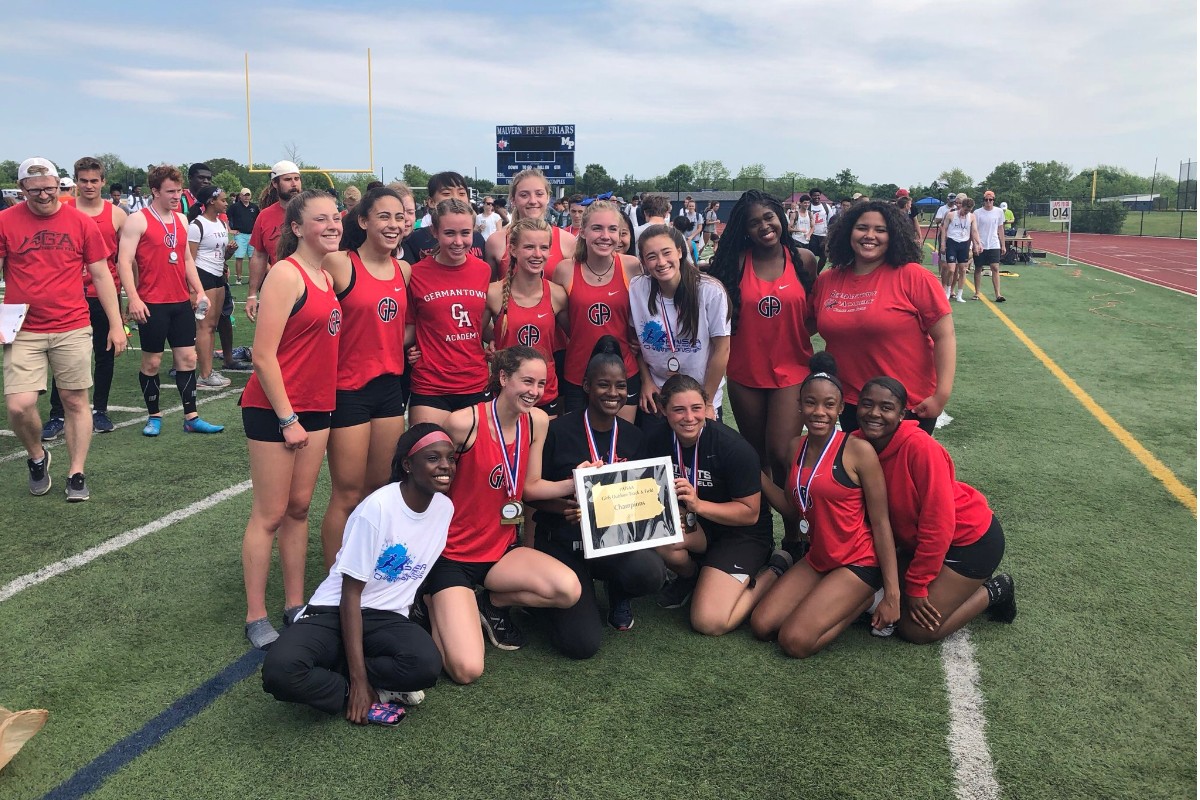 MALVERN -- Sometimes it can be hard to follow up a stellar performance with yet another excellent showing. The emotional high from the win can bring up complacency or drain the adrenalin.

However, that was not the case with Germantown Academy's girls track team on May 18. At the Pennsylvania Independent Schools Athletic Association Championships, GA took first overall, winning the day by almost 50 points. After taking third just a year ago, the result is one that the whole team is can get behind.

"We had a great group of freshman that came in," Head Coach Dion Lehman said. "You look at a lot of the scoring we did, that was from a lot of underclassmen. In addition to that, a ton of our upperclassmen had improvements. We just had a lot of growth from upperclassman that were able to score."

"It feels really good," Cobree Hooper '19 said. "We worked really hard this season. For us to come back from Inter-Acs and be ready for states was really good."

Lehman said that they went into the day knowing that the girls had a good chance of winning, but that they still had to execute. The Patriots answered that call.

Fore Abinusawa '22 made her PAISAA debut and made herself known. The freshman took first in the 100m dash in 11.93, breaking the old record of 12.1. Quartnei Brown '21 tied the PAISAA record in the pole vault by clearing 11-00. The sophomore took first in the event. Closing out the first-place finishes was Perry Irons '21, who took home gold in the 300m hurdles with a time of 48.45.

"The girls were hungry all year," Lehman said. "Many of them started training in November in the indoor season. We have a lot of depth and a lot of standouts on the girls team this year."

That depth was on display at the meet, as GA had scorers in all but two events.

"We got the momentum started and then we have a lot of really good freshman and younger people who stepped up to get crucial points for us," Hooper said. "I think that happened today and last Saturday [at Inter-Acs]. We had a lot of potential last year, but that was good for us."

"We're going to have our up and down years, but I think people know that the athletes train hard," Lehman said. "They come out, they enjoy being a part of the program and with that has come some success. We hope to have that going for a couple of years."