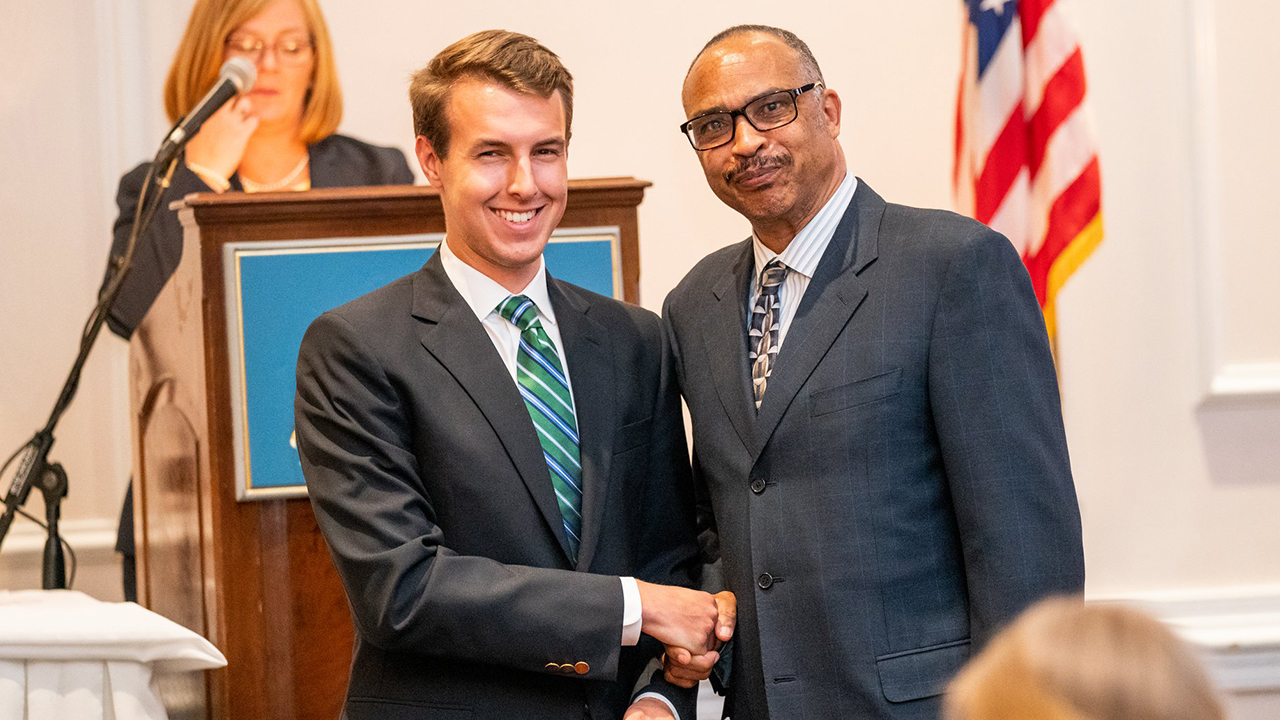 On Thursday, May 9, 2019, senior student-athlete Derek Walkush '19 was the recipient of a $250 scholarship from the Triangle Club of Montgomery County for his outstanding accomplishments in athletics, academics, and community service. Walkush was presented with the scholarship during the annual William F. Dannehower Banquet at Presidential Caterers in East Norriton.

“Our nomination for the Dannerhower Award is always a difficult decision,” said Director of Athletics Josh MacArthur. “We have so many incredible student scholars who contribute greatly to the community around them. Generally, as the committee begins to narrow down our list of nominees, one name stands out. This year was no exception. Derek’s commitment to his sport, the school, and the community are remarkable. He is the epitome of student-athlete, and I am thrilled for him to receive this scholarship.”

Each year, the Triangle Club awards three annual college scholarships. The winner of the prestigious William F. Dannehower Award receives $3,000. The first runner-up receives $2,000, and $1,000 is awarded to the second runner-up. The scholarship funds come through donations by local businesses, individuals and an annual basketball tournament hosted by the Triangle Club at Montgomery County Community College. Through the generous donations of Shannondell Retirement Home, three additional scholarships for $500 each are awarded. 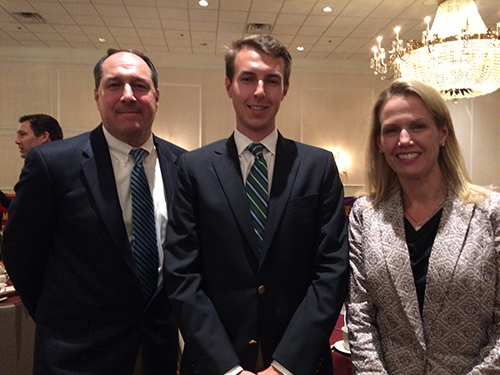 Overall, Walkush was one of 29 area student-athletes honored by the Triangle Club for excelling in scholastics, service, and athletics. All of the students are current seniors at a Montgomery County high school and were nominated by representatives from their respective schools for scholarship consideration.

Here at GA, Walkush is a McNeil Patriot Scholar, a decorated rower, and a leader. Last year,  Walkush, along with several peers, helped create a GA debate team, one which, in just two short years, went on to win the ultra-competitive District 11 title. As a team, GA won second place in the Southeastern Pennsylvania Debate League’s season sweepstakes. Individually, Walkush, a team captain, went undefeated during the 2018-19 season.

On the water, Walkush is a two-time captain and has won more than 25 medals. In October 2018, he was the recipient of the John Izzard Award for Athleticism, Service, and Achievement. This annual award is given by John and Parthenia Izzard, along with a selection committee, to one student-athlete each year in the Philadelphia Scholastic Rowing Association (PSRA). In total, there are 85 schools in the PSRA and all coaches are invited to nominate one male and one female student-athlete from their teams. In the end, the committee chooses just one overall winner.

Between his studies and his dedication to GA crew, Walkush can be found leading Community Service Organization efforts, like the Make-A-Wish Basketball Showcase, and helping plan the GA prom.