Hundreds of years ago in England, boys' families would send their sons to tutors to learn what they needed to know. At times, these tutors would have the boys stay in their homes, and what started out as individual tutoring became small classes of boys learning similar information. Occasionally, the boys living in one house would compete against the boys living in another house, as one might expect, in cricket or rugby.

Over time, the houses near each other merged to make housing, dining, and "administration" more efficient. Eventually these houses grew into schools, schools that we know as Eton and Harrow and others. The Houses continue to be the organizing system as far as academic oversight and advising. A boy's Housemaster works with the boy and his family for the student's entire career at the school.

Because of the physical nature of dormitories, many American boarding schools now have House Systems, but not many day schools organize themselves this way. Germantown Academy's Head of School Jim Connor 1760 thought it would be interesting to see if we could adapt the concept of a House System to our Upper School of boys and girls. Upper School Dean of Boys and English teacher Ted Haynie received a grant to travel to England to explore the question, and visits to schools suggested to him that many attributes of House Systems would pertain to GA's culture. We looked at schools with House Systems, and with the leadership of then Upper School Head John Ball, we got to work.

The Upper School administration spent 2006–07 discussing and planning the implementation. We attempted to adopt parts of a variety of House Systems in order to do several things. Some of these include the following: (1) streamline our administration so that one adult would oversee a child's progress for all four years of Upper School; (2) increase the involvement of advisors so that the work of advisors would take on added importance, making sure that all students receive acceptable care; (3) add to opportunities for faculty and students to take on leadership roles; (4) create a setting for more mentoring and tutoring among students; (5) increase opportunities for students to enjoy inter-house activities ranging from athletic tournaments to simple and fun contests (like Spelling Bees; Rock, Paper, Scissors contests, Knowledge Bowl, etc); (6) allow students to feel part of a select group rather than just be one of many (as one of seventeen freshmen in a house rather than one of 120 in a freshmen class).

The new program began with the 2007-08 school year. On the first day of school, seven new House Heads welcomed their 68 students to their Houses. Each of the seven Houses had 17 seniors, 17 juniors, 17 sophomores, and 17 freshmen. Each House had eight advisors, two for each grade level, and each advisor had about eight advisees. Each junior was a mentor for a freshman new to the Upper School. Faculty worked together, discussing students and getting to know all the kids in the House, not only their own advisories. Students learned that they would remain in the House until graduation, where they would graduate by House. Seniors get a hug/handshake from the House Head, whom they have gotten to know very well, before receiving the diploma.

It was important to the faculty and students that we also continue the class activities that had been successful over time at our school. Dances and class trips and traditions like the Freshmen Retreat and Senior Projects continue to be organized annually.

The seven House Heads oversee each House member's schedule, attendance, family concerns, or anything else that might come up. House Heads also encourage activities initiated and run by the students. They work with two senior prefects who lead the House and run House meetings, which occur two mornings a week. The House Heads also meet twice a week as a group to discuss school issues, to plan for major events, and to strive for consistency among the Houses.

After the initial skepticism and uncertainty, most faculty and students came to appreciate the changes. All the Houses have specific colors (and rugby shirts in those colors); they share a meal together many mornings; the younger kids interact with older students in ways that never would have happened before; seniors give "What's Important to Me" speeches to their Houses; and the ultimate—the House "Olympics," takes place to everyone's delight on a beautiful Friday at the end of the school year.

After more than a decade of the House System, it has become an integral part of GA's Upper School experience, and we can't imagine our school without it!

After listening to many alumni over the years tell us that one of their favorite aspects of being a GA student was their relationships with our faculty, I felt it was time to see how we could take that a step further. By giving our students even more occasion to interact with teachers other than the ones they see in the classroom, we hope to strengthen the natural mentoring opportunities that can be in found in other areas of student life. – Former Head of School, James W. Connor 1760 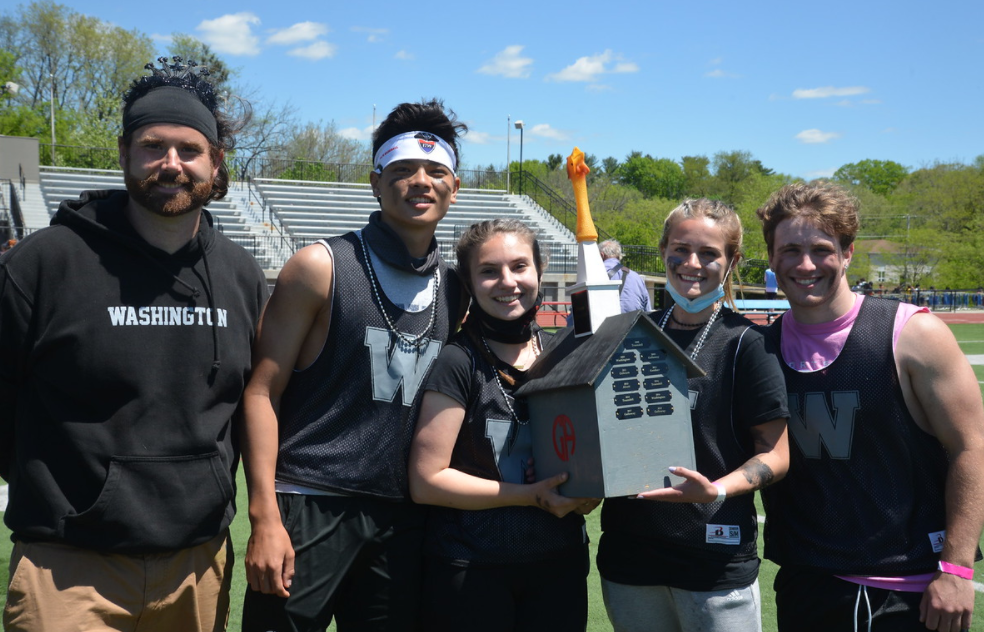