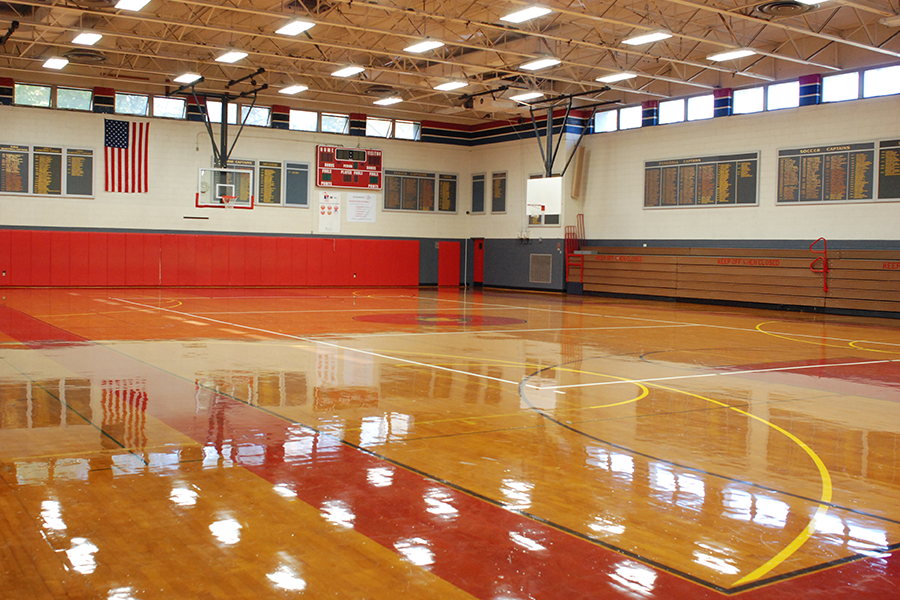 Home to the Patriots' varsity basketball teams and girls' volleyball teams, the Big Gym is located on the far corner of the GA campus and has several entrance points. It can host a full-court basketball game or a full-court volleyball match with a total square footage of 8,915. When pulled out, bleachers can seat approximately 420. The standing room only capacity for the space is 1,626. When used as event space, the Big Gym can hold tables and chairs for a sit-down meal for 524 people. Concession stand space is located right outside of the Big Gym entrance and the restrooms are located below the gym floor. There is no formal ticket booth, but there is an area outside of the main entrance to the Big Gym where a ticket table could be erected as well as a place to sell snacks and drinks.

Girls Volleyball is up next in GA's new "GAme Of The Week" series.

GA Director of Athletics Tim Ginter has announced the hiring of Charles “Chuck” Dougherty as the new head coach of the Girls Varsity Volleyball program.