I love GA athletics because of the great tradition that we have in all sports. The opportunity to coach great people, great students and great athletes is as good as it gets. I love implementing our traditions and coaching kids with our core values and watching them succeed. I feel truly blessed and honored to be the head football coach at Germantown Academy. 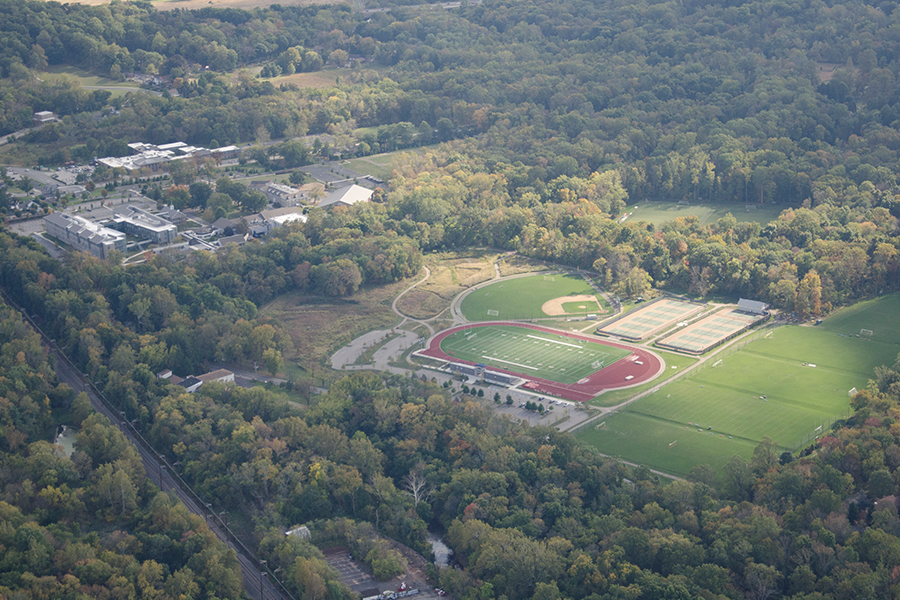 Carey Stadium (300 Morris Road, Fort Washington, Pennsylvania, 19034) is home to GA football. It was opened in 2010 as a multi-sport facility that includes a 200 x 380’ artificial turf field, a regulation track surface with six lanes, high jump area, long jump pit and easy on-and-off sideline access. Lines are drawn on the field for football, soccer and lacrosse. The bleacher seating can accommodate 850 spectators and are handicap accessible. Carey Stadium also houses a concession stand equipped with electrical, an ice machine and a reach-in cooler; restroom facilities, as well as two team gathering rooms, private referee room and a trainer’s room equipped with sink, ice machine and treatment bed. The scoreboard in the corner of the Stadium is a multi-sport unit that displays the game clock, home and away scores, time outs left, quarter and football-related information. There is a sound system that is operated from the top of the Stadium where there is a 10-seat granite-topped work area with several electrical outlets and jacks for the microphone and music; all protected by an awning. The Stadium speakers are located on top of the scoreboard. There are several handicap parking spaces adjacent to the entrance to the Stadium in addition to more than 200 spaces spread between two parking lots for the outdoor athletics complex. More parking is available on the GA campus by crossing the Wissahickon Creek by car and returning by foot on the brick pathway. Germantown Academy has hosted many lacrosse and soccer tournaments and was the home to the first coed Inter-Academic Athletic League Track and Field Championships in 2012.

They met for the 135th-straight time on November 13 in the longest continuous high school football rivalry in the country — and yet again, Germantown Academy and Penn Charter provided plenty of excitement and plenty of memories.

This time, it was a come-from-behind 35-32 win for the Quakers in the rain and wind that wasn't decided until the final minutes.

And that's been the case, thrilling games, since the rivalry began in 1887 — just over 20 years after the end of the Civil War.

Football is up next in GA's new "GAme Of The Week" series.