Share to FacebookShare to TwitterShare to LinkedInShare to PinterestShare to EmailPrint this page
The Inter-Ac League Honors Two GA Seniors
Jun 2 2021 11:35 AM

The recipients of the annual Inter-Ac League's Athletic Directors' Award were announced on Monday, June 1, 2021.The Athletic Director's Award is presented annually to a senior girl and/or senior boy who has been a multi-sport varsity athlete and has exemplified dedication to their team and school. Recipients are outstanding representatives of the Inter-Ac League in sportsmanship and leadership. This year, 13 student-athletes were recipients of award, including GA seniors Elise Smiegel '21 and Jordan Longino '21.

"I would not be the athlete I am today without the constant support of my coaches and teammates at GA. I will be forever grateful for the opportunities GA has presented to me in leadership, academics, service and athletics."
– Elise Smigiel '21

"Elise was a presence on the swim team from the first day she stepped foot on the pool deck at Germantown Academy. Her presence demanded a level of respect and attention that is uncommon for student-athletes at the high school level. Her teammates and coaches quickly came to admire these qualities. Elise always trained and competed with a purpose – a purpose to improve her craft. In just two years, Elise managed to make a significant contribution to the culture of the GA swimming team." – Coach Jeff Thompson, Swimming and Diving

"It was exciting to have Elise join the basketball team this season. She was an exceptional role model for our younger players; a Division 1 signee who was willing to step out of her comfort zone and play a new sport, an elite athlete who was constantly in the fitness center developing her strength and conditioning and a gifted leader who was willing to step into a supporting role to challenge teammates to become their best. We see you, Elise! I can't imagine a better recipient for this honor, and I look forward to following your career at Marquette! Fly Golden Eagles!" – Coach Sheri Retif, Basketball

"Elise is the kind of player you want to play against because she makes you a better player and the kind of player that you want on your team because she makes you a better teammate. I’ve had the pleasure of coaching Elise for her three years years at GA. Her dedication, talent and love of lacrosse is unmatched. She puts her heart and soul into the game and will have a wonderful career at Marquette because of it." – Coach Mary Dean, Lacrosse

"Starting off with Coach Fenerty, he has been at GA ever since I came in PreK so I have had a relationship with him ever since then. He has coached me and guided me for a long time, and when I finally got to play for him, I truly saw how much of a great coach and man he is. Coach Fenerty has always supported me and had confidence in me, and that has helped me tremendously through my time here at GA. Sadly I didn’t get to finish my senior year with him as my coach, but he still texts and calls me all the time and gives me advice on my play and even how I should carry myself off the court. As for Coach Dolan, I met him my junior year and we became close really quickly. We would watch films, workout, and just talk about life. Right from the jump, he woke up with me at 6am before school to workout in the gym. That is something only special coaches that truly care about their players do, and I will always appreciate everything he did for me. Without these to amazing coaches I would never be in the position I am today. I give a huge thanks to both of them."  – Jordan Longino '21

"Jordan is one of the all-time great athletes in GA history. He also has to rank up there with the greatest two-sport athletes in our school and league history. As a quarterback, he is one of the top to ever play at GA and is one of the most talented I have ever coached in high school or college. The thing that makes Jordan so special to me is that he is a great person. He cares about others, defers the spotlight and has the backs of his teammates. He is not only an All-Inter-Ac athlete, but also an All-Inter-Ac person; a true model of a person that is meant to receive an honor like this." – Coach Matt Dence, Football

"It’s the type of person he is; he’s an incredible human being, cares about others and works his rear end off. He’s always in the gym morning and night, there’s no surprise why he’s so skilled and so good, it’s because he puts in the work. Those have been the most impressive traits that I’ve come to know." – Coach Matt Dolan, Basketball 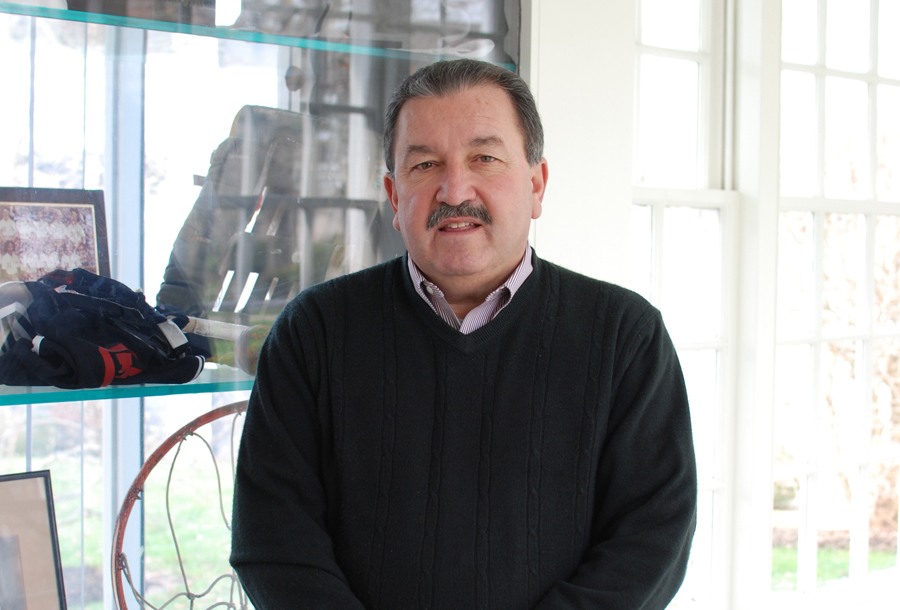