Germantown Academy Director of Athletics Tim Ginter has announced the hiring of Joshua Dziewa (Jev-uh) as the new head coach of the GA Varsity Wrestling team and will provide general oversight to the entire 6th-12th grades vertically aligned wrestling program. Dziewa will also serve as an assistant in the Athletic Department and a faculty member in the Middle School Physical Education Department.

"Josh stood out to our committee and student-athletes right from the start,” said Ginter. “His background as a wrestler and coach gives him the experience to help grow our program. He will be a terrific fit for the GA community, and we are excited for him to get started.”

"I am honored to be the next head wrestling coach at Germantown Academy,” said Dziewa. “GA has a great history of success in the sport and unlimited potential moving forward. By committing full effort in every aspect of our lives, the entire GA wrestling ecosystem will strive to be champions on and off the mat. I am excited to begin working with the staff and student-athletes to pave our way to national prominence.”

Dziewa, a Yardley native, was a three-year varsity starter and a two-time NCAA qualifier at the University of Iowa. He finished with a career record of 84-26. He earned Academic All-Big Ten honors and Presidential Committee honors all four years. He was also the recipient of the J. Donald McPike Senior Award, which is given to the senior wrestler with the highest GPA.

As a senior, he was a runner-up at the Big Ten Championships which earned him an automatic bid to the NCAA Championships. He recorded a career best record that season of 29-9, going 13-4 in duals (5-3 Big Ten), winning the Luther Open, and placing fourth at the Midland Championships. He owned a 9-6 mark against ranked opponents and climbed as high as No. 6 in national rankings.

As a junior, Dziewa placed fifth at the Big Ten Championships and earned an automatic bid to the NCAA Championships. Overall, he finished 27-10 and reached as high as No. 9 in national rankings. Dziewa went 15-4 as a sophomore and 13-3 as a freshman.

Dziewa went 33-1 as a senior at Council Rock South and won the 135-pound Pennsylvania Interscholastic Athletic Association title. He finished his high school career with a record of 124-7.

Following his collegiate career at Iowa, Dziewa was hired at the University of Pennsylvania to serve as the Director of Wrestling Operations in 2015 and 2016. His responsibilities in this role included coordinating all of Penn wrestling’s operational needs, including travel arrangements, video scouting, camp and clinic registration, and recruiting. He also trained NCAA Division I and Olympic level student-athletes and developed nutrition guidelines for the team.

In 2016, Dziewa was named an assistant coach for Drexel University’s wrestling program where he was responsible for the development of 35 student-athletes on and off the mat. His first season saw the Dragons earn its first USA Today/NWCA Division I Coaches Poll ranking during current Drexel Head Coach Matt Azevedo’s tenure. In his second year, Drexel finished the regular season in the top 25 of four major wrestling polls for the first time in program history. The Dragons had back-to-back seasons with 12 or more wins for the first time in more than a decade, doing so in 2016-17 and 2017-18. Overall, in his four-year stint with the Dragons, Dziewa helped place 21 wrestlers at Eastern Intercollegiate Wrestling Association (EIWA) Championships and send 17 wrestlers to NCAAs.

GA’s new wrestling coach also served as Penn’s liaison to Beat the Streets Philadelphia where he tutored grade school and high school students in math and English, while also teaching them discipline through wrestling.

The 2019-20 Patriots had a terrific season. They finished sixth at the National Prep Wrestling Championships and third at the Pennsylvania Independent Schools Athletic Association Wresting Tournament under former head coach Solomon Fleckman. Five GA wrestlers placed in the top eight at National Preps and 11 GA wrestlers qualified for the prestigious end-of-the-year tournament. The Patriots lost five members of the Class of 2020, four of whom are going to wrestle in college. 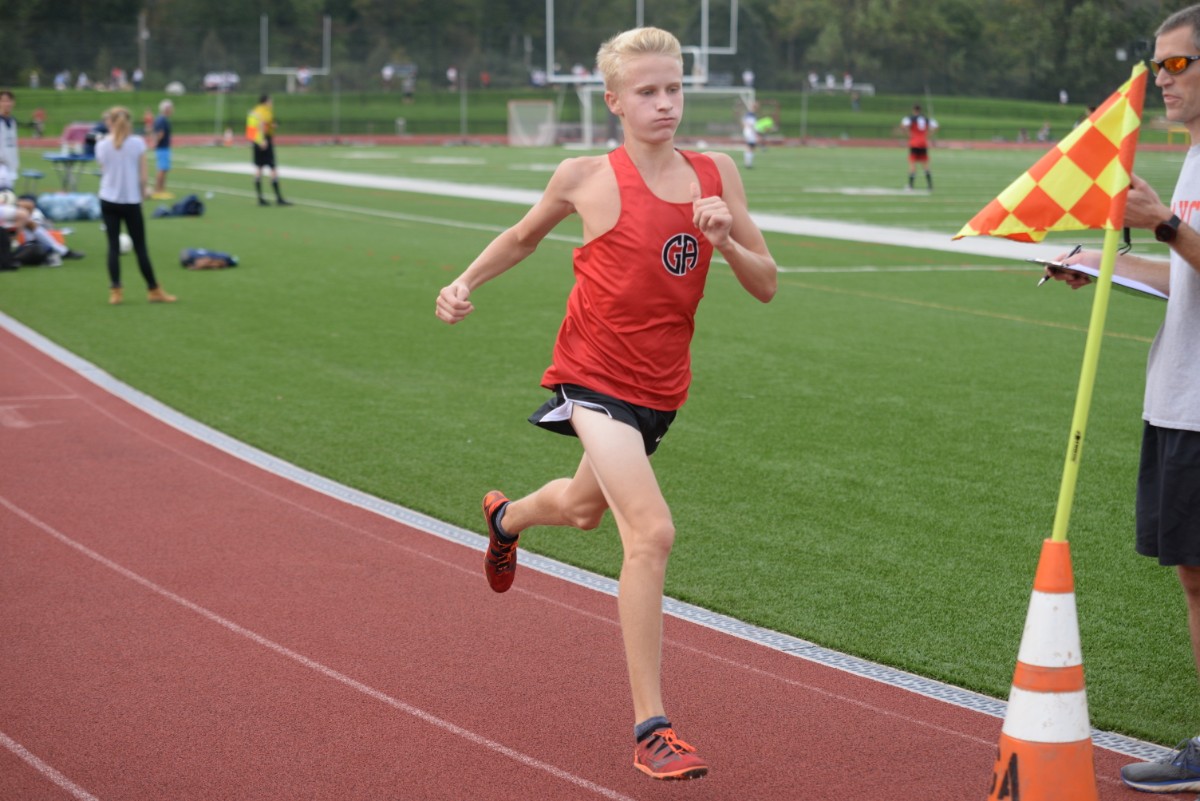