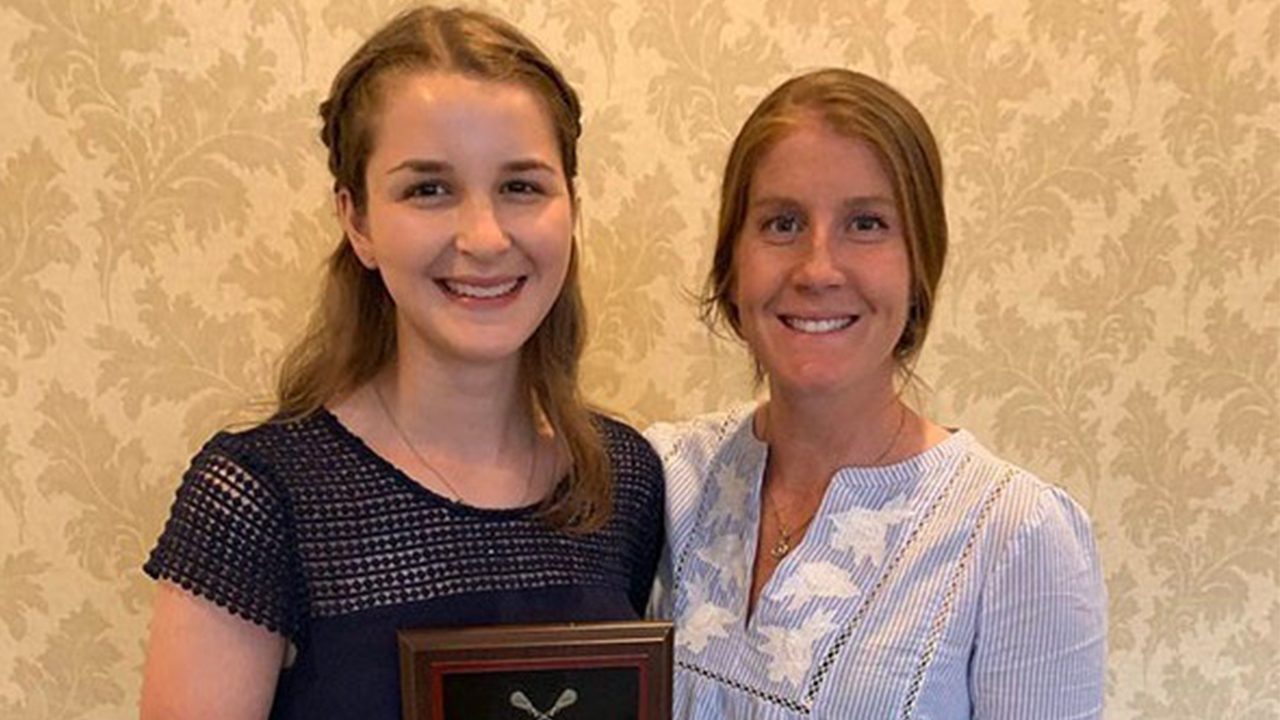 FORT WASHINGTON -- Zoe Torrey '19 and Charlotte Rapp '19 have both been mainstays for the Germantown Academy girls lacrosse program for the past four years. Torrey, a stalwart between the pipes for GA, saved a career-high 14 shots in her final game as a Patriot and tallied over 100 stops in 2019 alone. Meanwhile, Rapp patrolled the midfield, picking up ground balls, dishing out assists and winning possession of the draw.

Both girls served as captains for the Germantown Academy girls cross country team in the fall in addition to being captains of the lacrosse team during the 2019 season.

However, their list of achievements does not end when they step off of the field, as both are also accomplished students. Recently, the two seniors were awarded All-Academic honors from the Pennsylvania Area Schoolgirls Lacrosse Association. To be qualified for the honor, one must have a GPA of at least 3.7 and must be a significant contributor on the team.

"I am so proud of our captains, Charlotte and Zoe," Head Coach Mary Dean said. "They really set a great example by being dedicated to the girls lacrosse program while being super successful in the classroom. It says a lot about their time management skills."

"The All-Academic honors from PASLA is a nice recognition of the work it takes to balance sports and school," Rapp said. "While playing lacrosse takes time, I have found that over my four years, sports have provided a great structure for completing my work. Knowing that I have practice or a game later has really taught me how to maximize my time during my free periods throughout the day. I think the time management that I have learned from being a student-athlete at GA will really help me in college next year."

In addition to earning All-Academic recognition, Torrey was also honored with the PASLA Student Athlete of the Year award. According to PASLA President Lauren Becker Rubin, the award is given to a junior or senior varsity letter winner and significant contributor who demonstrates outstanding academic, athletic and community excellence in the the 2019 season.

Sportsmanship, leadership, dedication and commitment to the team and in the community are also taken into consideration.

"I was incredibly honored to be named Student-Athlete of the Year, especially alongside so many other incredible lacrosse players from Pennsylvania," Torrey said. "I'm proud to represent GA as an athlete, and I'm so grateful that the Academy has given me many opportunities to cultivate both the student and that athlete elements of who I am."

"Student athlete of the year is no small feat," Dean said. "Zoe has an exceptional resume of community service and awards. She received this award out of 140 schools in the PA area and is so deserving of it." 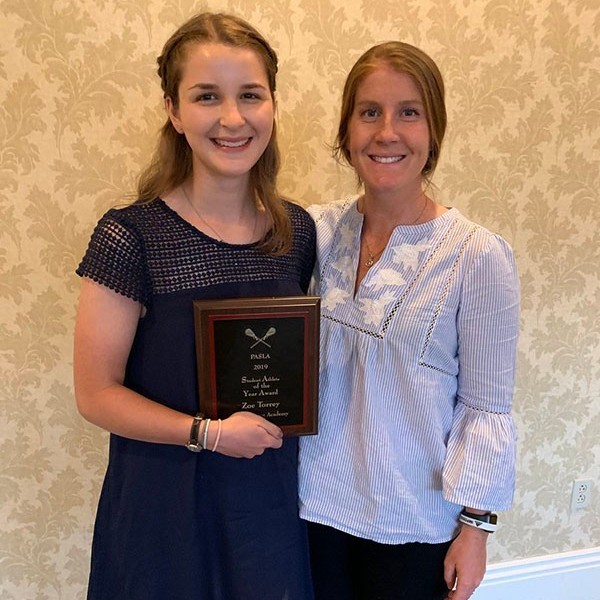