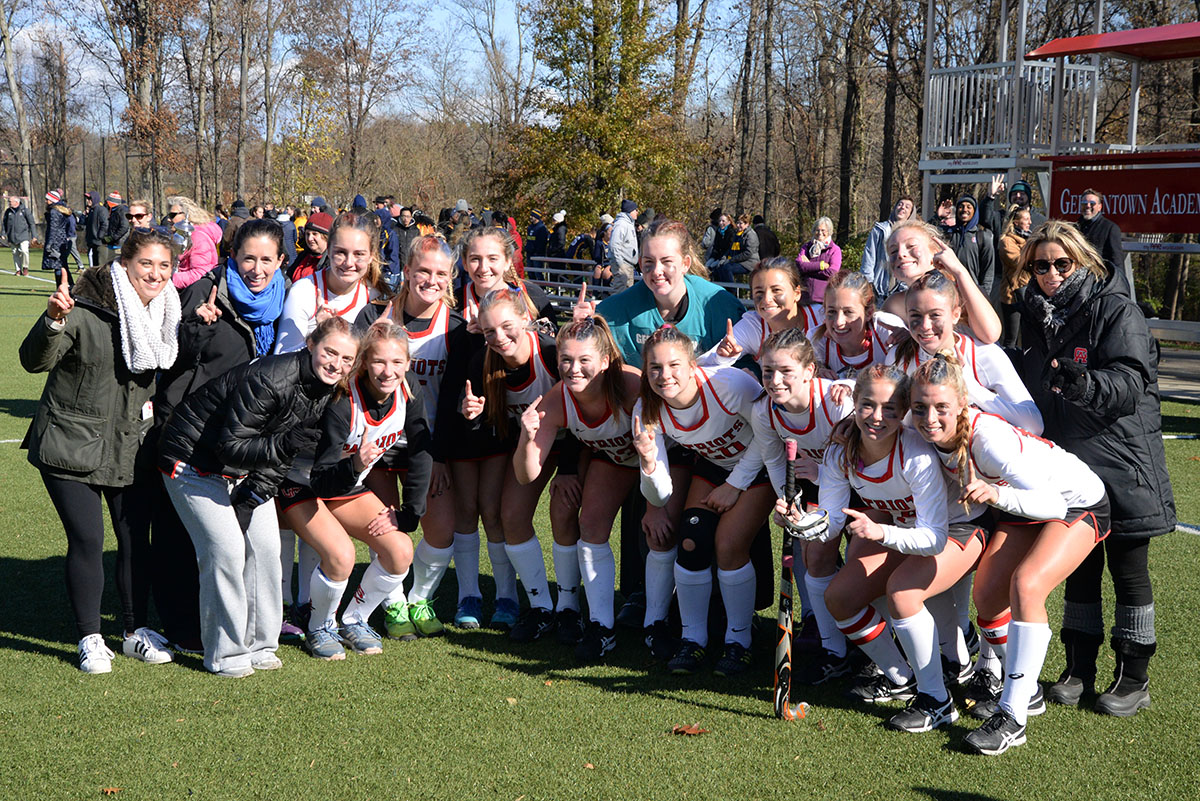 FORT WASHINGTON -- Having defeated Penn Charter earlier in the year, Germantown Academy's field hockey team was confident that they could do it again. In the first meeting, GA won 5-1. However, on GA-PC Day the Patriots held the Quakers scoreless, winning the game 7-0.

GA started hot, winning multiple corners. Sophie Towne '21 got the scoring started with 17:16 left in the first half. With just over three minutes in the half, the Patriots added another goal thanks to Sammy Popper '19.

Popper said that after that goal, she felt comfortable and knew that the team would come away victorious.

"There's so much hype around the game," Popper said. "We obviously knew that we could come out on top in this game and after our second goal I think we all knew it. We were in our zone, I guess."

In the second half, Madison O'Hara '19 and Lilyana Ernst '20 each added goals, while Popper tacked on three more.

"It was a really fun game to coach," Head Coach Jackie Connard said. "We didn't get our first goal until later in the game than I was expecting, so credit PC for some strong defense. Getting a couple goals up, it was all about the girls having fun."

For her performance, Popper was presented the MVP trophy by Patsy Hitschler Hirsekorn '68 (GA) and Chelsea Erdmanis Greenspon '02 (PC).

Not only did the result give GA an important win on the day, but it also gave GA the Inter-Ac League title. It is the first time in 12 years that the Patriots have hoisted the trophy.

"It's absolutely fantastic," Connard said. "To be able to have this group win that is such a special experience for the seniors, for the school and for the whole team."

The fact that they were able to clinch the league title against a rival on such a big day made the win that much sweeter, according to Popper and Connard. However, business is far from finished.

On Nov. 13, GA will take on Episcopal Academy in the Pennsylvania Independent Schools Athletic Association Championship. While it will be a tough test, Popper believes in the team.

"I really couldn't think of a better way to end my career," Popper said. "Hopefully we can see that through. I definitely think we can do it, we have what it takes."