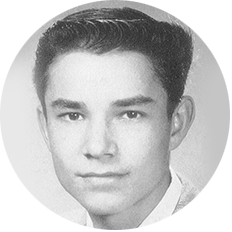 Bill Feidler began his career when he was eight years old as a member of the Lighthouse Boys Club in Philadelphia. Here, he joined the Lighthouse United Team that went on to win the U.S. National Junior Soccer Championship. During his years at GA, Bill was named All-Inter-ac in 1953, 1954 and 1955 and All-Scholastic in 1954 and 1955. He also received the Alford Otto Trophy for being the most valuable high school soccer player in the Philadelphia area. He went on to play soccer at Penn State University, where he was elected team captain, competed in the North-South Soccer Bowl in Florida, and was honored as an All-American.