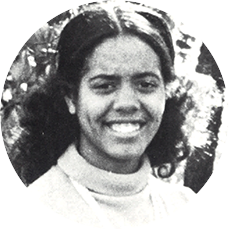 Member of the 1976 cheerleading squad

Selected for the 1976 Howell Memorial Award

Inducted into the Academy Club in 1977

Attended the University of Pennsylvania, School of Allied Medical Professions