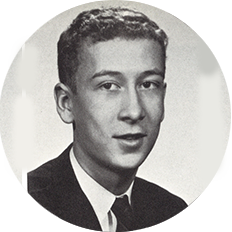 Tom Kehan is being recognized for his athletic prowess in soccer, basketball and baseball. He played on six Inter-ac championship teams in nine seasons and was a four-year starter on soccer teams that went 47-8-7. He was selected to First Team All Inter-ac in all four varsity seasons and was captain of the undefeated, untied championship soccer team. During his basketball career, he was starting point guard on three consecutive Inter-ac championship teams. Tom was selected to First Team All Inter-ac basketball in his senior year and was captain of the senior baseball team. He continued his impressive athletic career at Penn State where, despite injuries, Tom was honored in his senior year by being named First Team All-American.