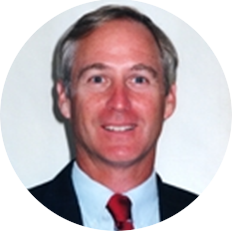 While attending Denison University, Ted was on the All-American Lacrosse team for 1970, 1971 and 1972. Ted began teaching English and coaching the Varsity Boys Lacrosse team at Germantown Academy in 1982. From 1983-89, Ted was also the Athletic Director for Germantown Academy. While coaching Lacrosse at GA, Ted’s teams had an overall record of 276 wins and 143 losses. The Patriots also participated in the Pennsylvania Scholastic Lacrosse Association (PSLA) playoffs for 15 years with an overall playoff record of 21 wins and 13 losses. The 1990 and 1993 Germantown Academy Lacrosse teams were the PSLA Champions and the 1987 and 2001 Lacrosse teams were PSLA runners-up, while 10 of Ted’s GA Lacrosse players were All-Americans. The 2003 GA Lacrosse team holds the records for goals in a season with 316; assists in a season with 168; and points in a season with 484. Ted was inducted into the Philadelphia/Eastern Pennsylania Chapter Lacrosse Hall of Fame in 2003 and has been a member of the Ohio Chapter Lacrosse Hall of Fame since 1999. He is also a member of the Denison University Hall of Fame. Ted was also awarded the honor of Coach of Year for the State of Pennsylvania.