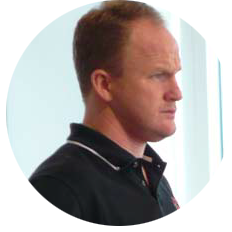 • Led the 2001 team to the Undergrad National Prep Championship

• For 14 straight seasons, Hill-led teams placed in the top eight at the National Prep Championships, which featured well over 100 teams

• Twenty-nine of his wrestlers earned 100-plus career victories

• Coached 20 placewinners at the prestigious Beast Of The East Tournament, including a 2008 Champion

• Southeastern Pennsylvania Coach of the Year in 2001

• Kast Grant recipient in 2002, focusing on designing and creating speed and agility clinics for area studentathletes

• Coached Middle and Upper School football from 2001-2005, including the 2003 Inter-Ac League champions

• Taught Middle School mathematics for 11 years at GA and served as a Head Advisor. He also directed GA’s Auxiliary Programs for five years and served as the school’s Assistant Operating Officer

• Hill is a General Partner at Gilbert, Wilson & Hunter, LLP