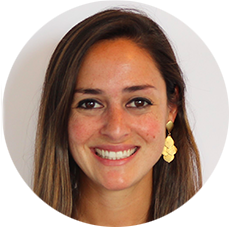 • Served as field hockey captain for one year

• Member of the 2008 indoor and outdoor club national champions

• Founded "Hockey for the House,” along with Abby Coombs '09, a field hockey tournament to benefit the Ronald McDonald House

• Helped the Tar Heels advance to NCAA championship games in 2010, 2011, and 2012 where UNC lost twice to the University of Maryland and once to Princeton University

• In total, she appeared in 65 games and started nine of them

• Scored four goals, including a key goal against Wake Forest in the 2012 ACC Tournament semifinal

• In the summer of 2013, captained the U.S. Maccabi Games field hockey team to a bronze medal, the country's best finish ever