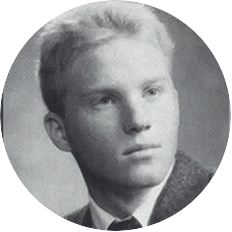 Pat Gray was a three-sport athlete at Germantown Academy, playing varsity soccer for four years, varsity lacrosse for three years and running winter track for five years. Pat was captain of the soccer team for two years and captain of the lacrosse and track teams for one year each. He was a three-time All Inter-Ac Soccer team member and a member of The Philadelphia Inquirer and the Montgomery Newspapers first team for soccer. Pat was named Player of the Week twice by the Philadelphia Inquirer and his soccer team was named to the Montgomery Newspapers Team  of the Decade. The Daily News named Pat to their Old Timers Soccer Team twice. Pat attended Penn State University on a full athletic scholarship. While at Penn State, he played for four years on the varsity soccer team and served as team captain for two years and was the representative for the team’s Community Outreach Program. Penn State participated in the first Big Ten Championship in school history for any sport and the Nittany Lions soccer team appeared in the NCAA Final Eight three times. After college, Pat played soccer professionally for the Chicago Power, the Philadelphia Kixx, the Philadelphia Freedom and the New York Stallions. While playing soccer in college and professionally, Pat used these unique opportunities to give speeches on avoiding drugs and staying in school all over the Chicago and Philadelphia area.