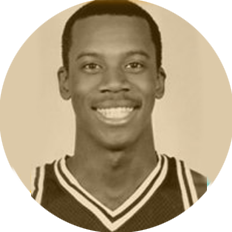 Otis Ellis '85 was inducted for his outstanding career in basketball at GA He led GA to an Inter-ac Championship in 1985 and in just three seasons, accumulated 1,421 points, making him the 4th all-time leading scorer in GA history. He holds the school's career rebounding record with 883 rebounds, is second in career steals and fifth in career assists. He was twice voted the Most Valuable Player of the Inter-ac and selected to the First Team All-City Squad. Ellis went on to excel at Lafayette College, where he received All-American, All-East and All-League status. He was inducted into the Lafayette College Hall of Fame in 1995.