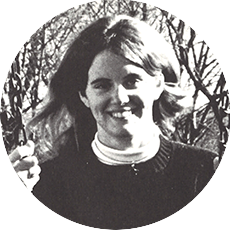 Nancy Ferguson's days as a student-athlete on the GA fields paved the way for her current passion as teacher and coach at Fallston High School in Maryland. She was a three-time letter winner at GA in field hockey, basketball and lacrosse and captained the field hockey team her senior year.

She attended Elizabethtown College, earned varsity letters all four years in field hockey and basketball, and was a team captain for each. In field hockey, she was twice chosen to represent the Lancashire Field Hockey Association in the Middle-East Sectional Tournament and was listed in the 1974 edition of Outstanding Athletes of America. In 1985, she was inducted into the Elizabethtown Hall of Fame.